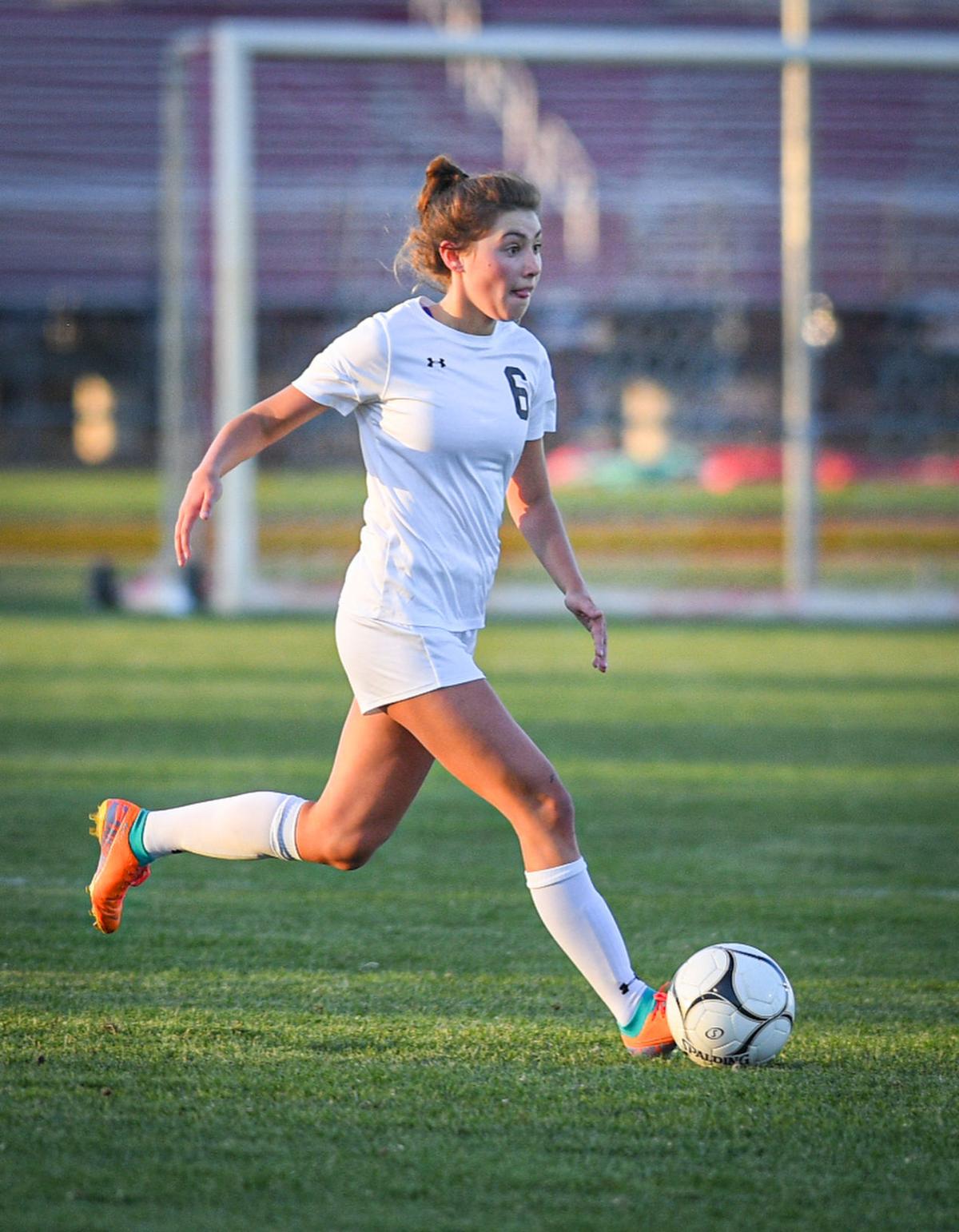 Bettendorf's Avery Horner, shown in action earlier this season, scored four goals in leading the Bettendorf girls soccer team to a 7-1 victory over Clinton on Tuesday evening at TouVelle Stadium. 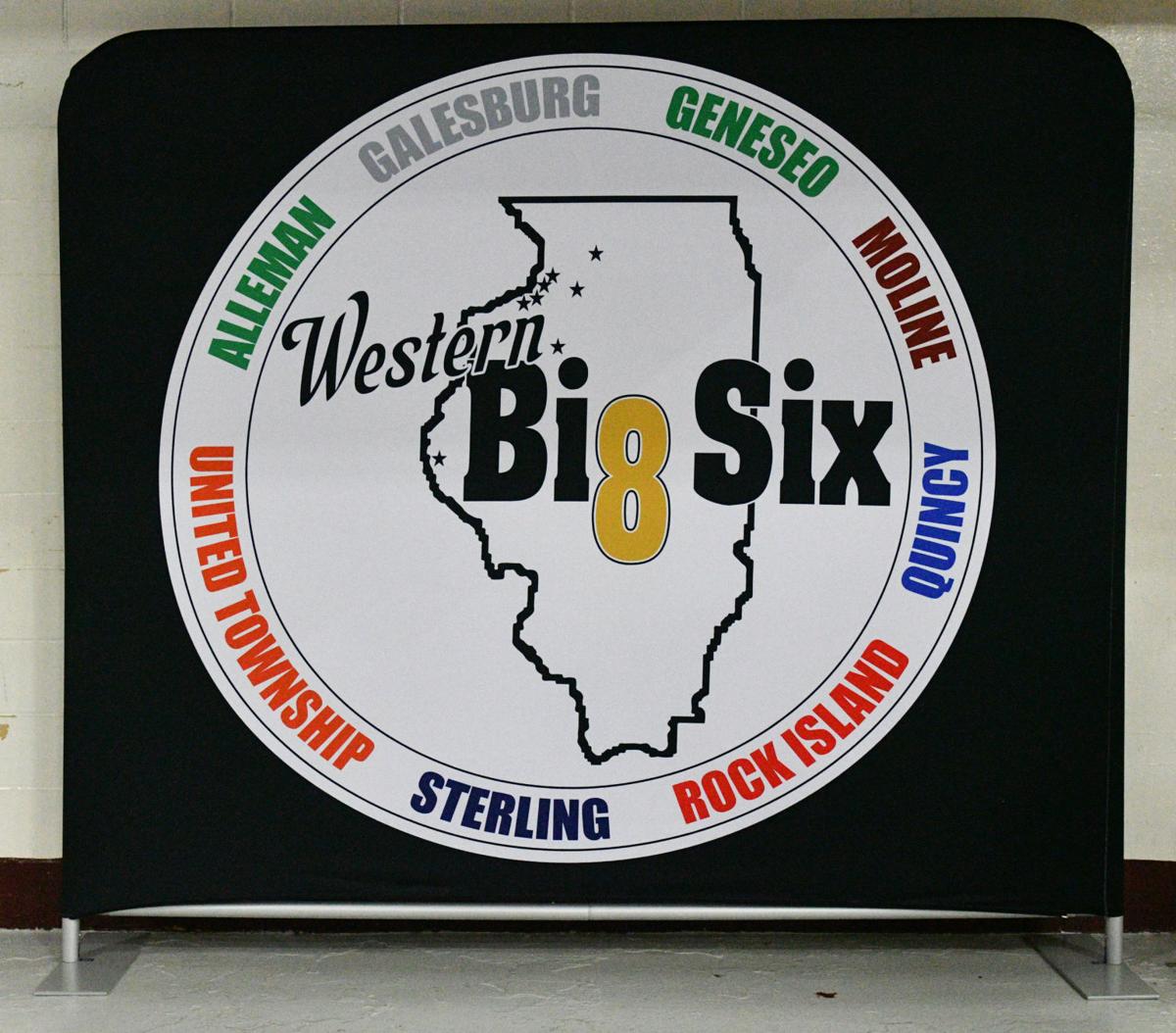 Bettendorf 7, Clinton 1: The hosting Bettendorf Bulldogs were not about to be denied a Mississippi Athletic Conference girls soccer victory on Tuesday, showing a determination that resulted in a lopsided 7-1 victory over the 4-5, 1-5 River Queens at TouVelle Stadium.

Junior Avery Horner had eight of those shots, scoring four times to lead the Bulldogs to their fourth straight victory.

Muscatine 6, Davenport Central 0: Mya Jansen and Sophia Thomas accounted for five goals as Class 3A’s 10-ranked Muscatine Muskies had to battle for a 6-0 MAC victory over visiting Davenport Central at the Muscatine Soccer Complex in a match the Muskies (8-2, 5-1 MAC) led just 3-0 at halftime.

Jansen recorded a hat trick with three goals while Thomas added two. The junior duo combined to put nine of Muscatine's 19 shots on goals for the game.

All that offense made it easier for winning pitcher Delai Schwartz as she limited the Silver Streaks to three hits and one unearned in her four innings of work while striking out three and not allowing any walks.

The standouts were plenty for the Rocks offensively. Bella Allison was 3-for-4 with two runs scored and three RBIs. Campbell Kelley, Bailey Proffitt, Sydney Quinones (four RBIs), Alexis Carroll (two RBIs) and Cassidy DeMeyer all had two hits for the Rocks.

Rocky was held scoreless in the second inning after opening with seven runs in the first to erase Galesburg’s 1-0 lead. The Rocks put away the game with four runs in the third and five more in the fourth.

LaSalle-Peru 6, Alleman 5: The hosting LaSalle-Peru Lady Cavaliers scored three times in the bottom of the fifth inning to take a lead they never lost in handing the Alleman Pioneers a 6-5 nonconference setback Tuesday.

Sarah Pickett-Miller went 3-for-4 with three RBIs to lead the Pioneers (1-1) as Ainsley Herd and Kiley McConville each added a pair of hits for Alleman.

Galesburg scored four times in the first in a game which was knotted at four before the hosts posted seven runs in the second to take control. The Rocks tried to rally in the seventh, scoring five times. In the seventh, Rocky scored on fielder's choices off the bats of Xander George and Zach Demarlie, a single by Colton Sigel, and an error on a ball put in play by Andrew Freeman.

Alleman 15, Quincy 8: The Alleman High School baseball team loaded up the offense and made the trek to Quincy worthwhile for a single 15-8 Western Big 6 Conference victory on Tuesday in a game that was scoreless after two innings

The Pioneers drilled three home runs among their 17 hits as Bryant Estes, Rudy Glancey and Dom Ferrari all went deep. Estes ripped a three-run shot to go along with a double as part of his three-hit, four-RBI day. Glancey’s four-bagger was a two-run shot that helped him drive in three and Ferrari delivered a solo homer among his two hits.

Noah Schneider and Payton Barton each had three hits for Alleman. Alex Edwards also drove in two runs as the Pioneers moved to 3-2-1, 2-1 Big 6.

“We just squared some balls up and gave ourselves good counts to hit in,” said Alleman coach Jerry Burkhead, whose squad broke loose for nine runs in the fourth inning. “The guys took advantage of some good hitting situations.”

That helped Nathan Noble (1-0) pick up his first pitching decision of the season.

“From a pitching standpoint, we were pretty efficient and threw a ton of strikes,” said Burkhead, whose club allowed eight hits.

Carson Rice had a nice day for himself. In addition to giving up just two hits and no earned runs in picking up the mound victory, the senior ripped a triple and home run as part of his 2-for-3 day at the plate as he also scored three runs as drove in five runs to pace the 12-hit Geneseo attack. PJ Moser and Thomas Henson were both 3-for-3 with a run scored and an RBI; all three of Henson’s hits were doubles. Jaden Weinzierl homered and drove in a pair of runs.

After nicking Sterling starter Noe Aponte for two runs in the first three innings, the Leafs jumped all over two relievers for their final 10 runs in the fourth.

'It feels like Tyler has a legacy now': Bettendorf dedicates baseball field for Tyler Hurd

Tyler Hurd Field at Ed Scheck Park was dedicated Friday in the memory of the Bettendorf High School student who passed away last year.

Alleman High School football coach Todd Depoorter retires from the program he has been a part of for 32 years, the last six as head coach.

The nearly two-decade Mississippi Athletic Conference dominance of Pleasant Valley and Bettendorf in boys track and field is over.

The Pleasant Valley boys tennis team compiled a perfect score at the Mississippi Athletic Conference tournament to win its seventh title since 2013.

Mistakes can happen at any time on the track, but the best are able to bounce back from the setbacks. That's exactly what happened in the 3,200 relay for Geneseo High School at the Western Big 6 boys ABC invite on Saturday afternoon when the Leafs won despite a dropped baton.

Bettendorf's Avery Horner, shown in action earlier this season, scored four goals in leading the Bettendorf girls soccer team to a 7-1 victory over Clinton on Tuesday evening at TouVelle Stadium.