Gunman kills 6, then self, at Colorado birthday party

Kilstrom, Bulldogs turn back top-ranked Spartans
0 comments
Share this
1 of 3 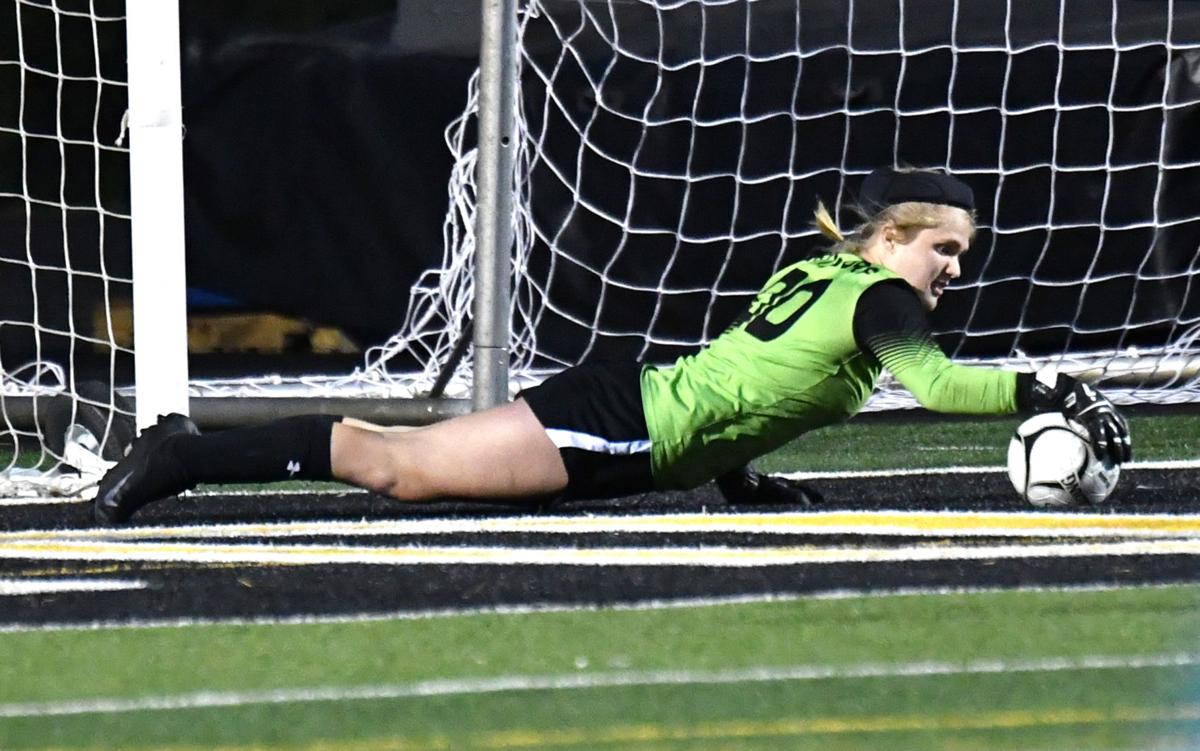 Bettendorf goalie Ella Kilstrom dives for a save in the second half against Pleasant Valley on Friday at Bettendorf. Kilstrom had 10 saves in the Bulldogs' 1-0 win. 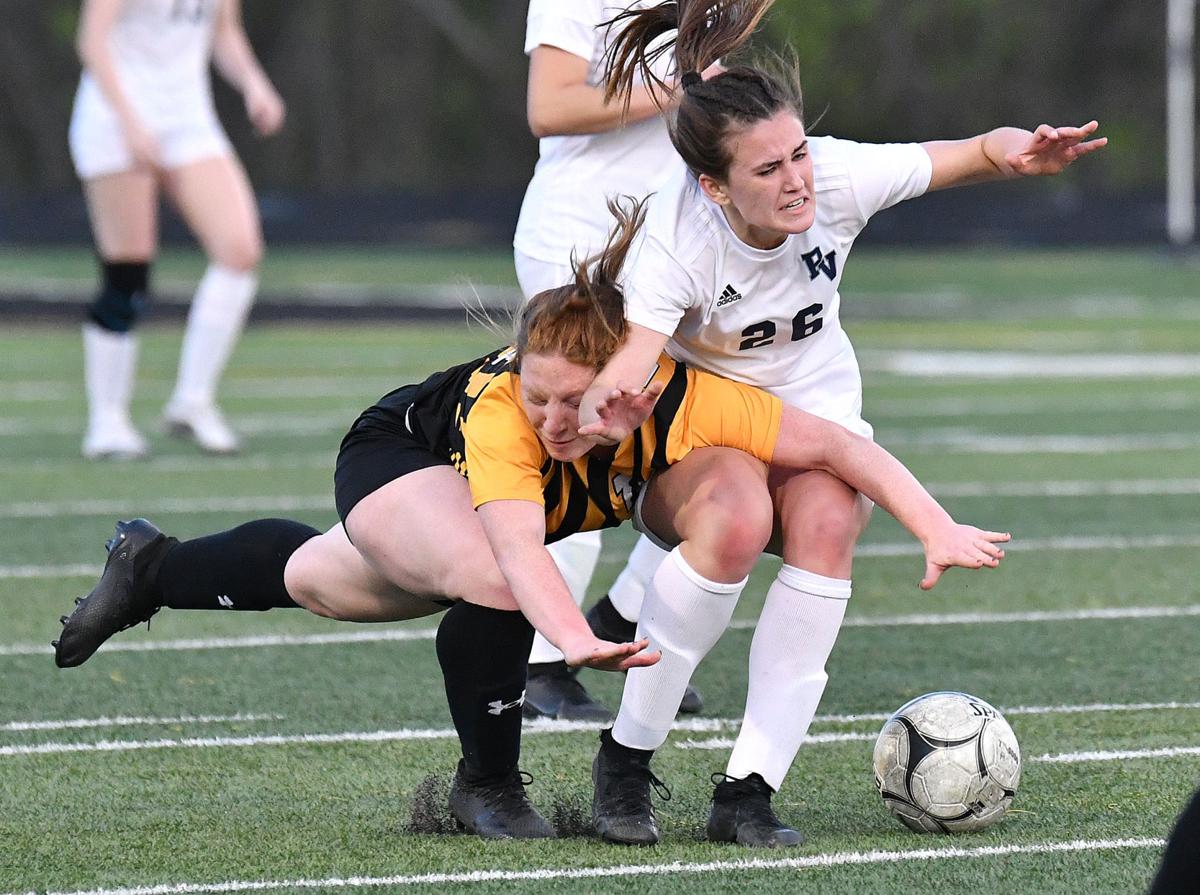 Bettendorf's Abby Schafer and Pleasant Valley's Natalie Aller battle for control of the ball during the first half Friday night at Bettendorf. The Bulldogs beat the top-ranked Spartans 1-0. 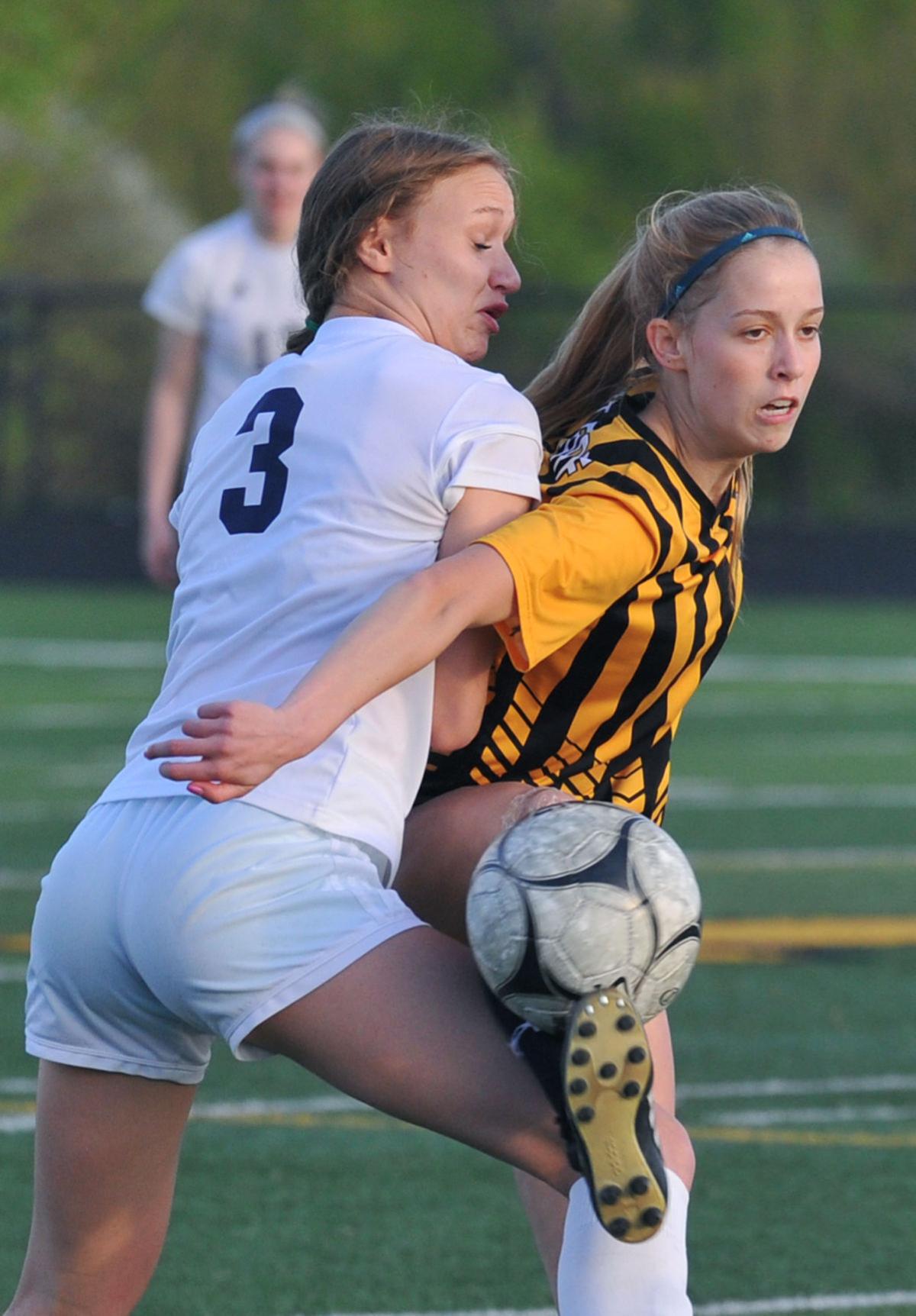 Pleasant Valley's Adelaide Wolfe and Bettendorf's Sophia Utsinger work to gain control of the ball during the first half Friday at Bettendorf.

Ella Kilstrom suffered what she called a serious head injury and missed substantial time during her sophomore soccer season.

That is why the Bettendorf High School senior goalkeeper savors every time she takes the field with her teammates this season.

Peppered with a bevy of shots in the second half from Class 3A top-ranked Pleasant Valley, Kilstrom turned each of them away as 11th-ranked Bettendorf knocked off its arch-rival 1-0 at TouVelle Stadium.

“It was just my mentality going into this game,” said Kilstrom, who finished with 10 saves. “I wasn’t going to lose. We were here to win, not just here to compete, and that showed through with our attitudes tonight.”

The only goal came in the 73rd minute.

Off a Bettendorf corner kick, there was a scramble in front of the net. PV couldn’t get the ball cleared and Bettendorf’s Avery Horner tapped it over keeper Sydney Zabel’s head for the score.

“We had a couple chances to clear,” PV coach Ed Knupp said. “When that scramble happens, it usually is not advantageous for the defense. We weren’t able to get it out of there.

“Credit to Bettendorf for being opportunistic. They didn’t have very many chances, but they earned themselves a corner and got a goal. Sometimes, that’s how you win soccer games.”

“For us to beat the No. 1 team, in a rivalry game, it is a lot of fun,” Bulldogs coach Todd Hornaday said. “Hopefully, we can use this to keep getting better. We’ve gotten better every week.

“I can’t say enough about the job Ella and everybody did defensively.”

Hornaday was doused with water by his players near midfield after the win. The Bulldogs’ large student section rushed the turf.

The win moved Bettendorf (6-2, 5-0) into sole possession of the Mississippi Athletic Conference lead.

“We’re so happy right now,” Horner said. “Beating PV, one of our biggest opponents, everyone watching and them (10-0) at the time, we were so hyped for this game. It is crazy.”

PV had multiple chances in the box. It also had a perfectly placed free kick from about 30 yards out that Kilstrom jumped up to deflect and it hit off the crossbar in the 53rd minute.

In one stretch, the Spartans sent four shots at Kilstrom. She denied them all.

“She is our savior,” Horner said. “She’s been killing it all year.”

Even with PV intensifying the pressure, Kilstrom, who wears a head band to protect herself, refused to budge.

“In that moment, it is a go, go, go,” Kilstrom said. “You don’t have time to think about the what-ifs. You have to throw yourself in the front of the ball, see the ball and follow it.”

As a result, every team in 3A has now sustained a loss this season.

Knupp, whose squad turns around and plays top-10 ranked West Des Moines Dowling on Saturday, had no complaints with his team’s effort.

“We just lacked that finishing touch to get a lead and the win,” he said. “We’re right where we want to be on April 30.

“The rivalry game is one you always want to win, but it is still just another game. I still think we’re right at the top of (3A). We just didn’t get the win today.”

Bettendorf, meanwhile, hopes this can be a springboard following losses to Ankeny and Linn-Mar in the past few weeks. The Bulldogs still have MAC tussles with 1A top-ranked Assumption and 3A 10th-ranked Muscatine.

“This is the boost we exactly needed heading into the rest of the season,” Kilstrom said. “This was the one to get us back up there and show we are meant to be in the top 10.”

Bettendorf goalie Ella Kilstrom dives for a save in the second half against Pleasant Valley on Friday at Bettendorf. Kilstrom had 10 saves in the Bulldogs' 1-0 win.

Bettendorf's Abby Schafer and Pleasant Valley's Natalie Aller battle for control of the ball during the first half Friday night at Bettendorf. The Bulldogs beat the top-ranked Spartans 1-0.

Pleasant Valley's Adelaide Wolfe and Bettendorf's Sophia Utsinger work to gain control of the ball during the first half Friday at Bettendorf.