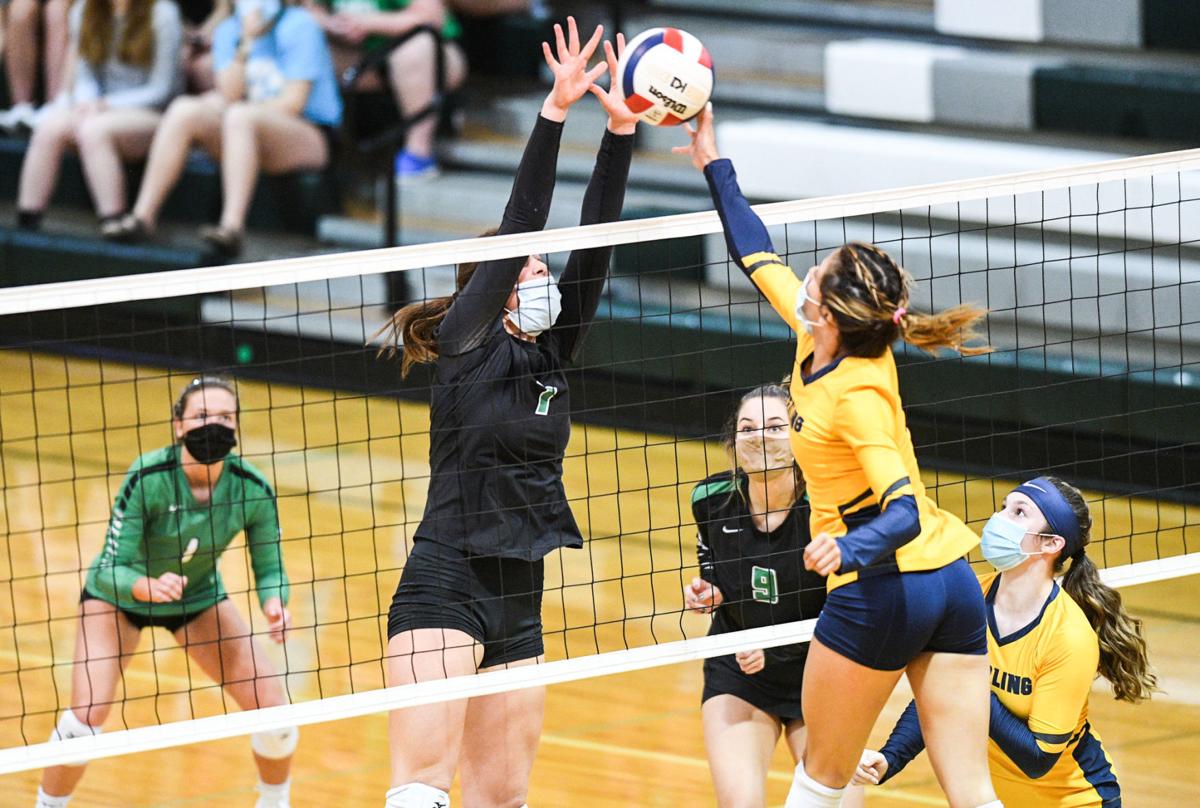 Geneseo's Hannah Copeland (7) attempts to block Sterling's Grace Egan (9) during the match between the two teams Tuesday night at Geneseo. 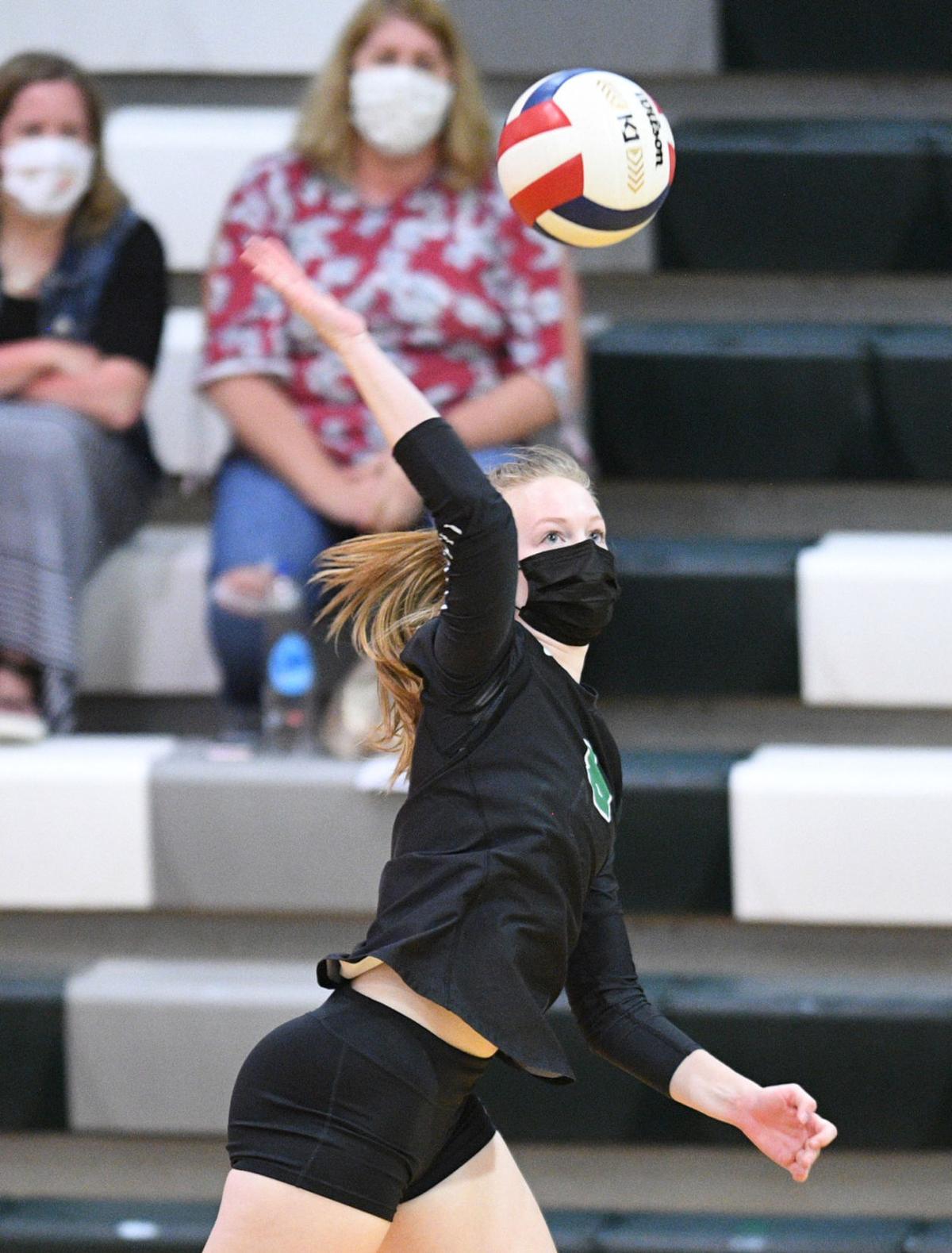 Geneseo's Maddi Barickman (6) goes up for the kill against Sterling during their game at Geneseo on Tuesday.

The Geneseo volleyball team battled, but Sterling’s speed and big-strike ability was tough to contend with as the Lady Leafs ultimately lost their first match this season at home Tuesday night.

The Golden Warriors controlled each set early in a 25-19, 25-19 Western Big 6 victory to improve to 12-1, 7-1. The Lady Leafs (10-1, 7-1) kept within striking distance throughout, but the defending conference and two-time state champions had a bit too much firepower to contain.

Sterling’s only loss, which came to Moline, came with the Borums both absent for club play. Last year’s Illinois Volleyball Gatorade Player of the Year, Lexi Rodriguez, graduated early in December to head to the University of Nebraska, where she has been playing with the practice squad.

Against a fellow senior-laden squad, speed made a notable difference.

Even when Geneseo had an impressive dig or diving play on a ball, Sterling rarely let up. The opening set was tight until Sterling pulled away up 19-16.

Geneseo got down 11-3 in the second set before eventually forging a 17-17 tie. The Golden Warriors used another final surge to sweep comfortably against a solid Geneseo crowd.

“They are so fast,” Geneseo coach Casey Komel said of Sterling. “They’re very tall, they all jump out of the gym, and they are fast. That puts them a head above so many teams that they play against.”

The first game was tied at 23-23 before the Rocky came away with a key point after a long rally and held on to win.

United Township got off to a strong start in the second game before Rock Island went on a 9-1 run behind some emphatic kills from junior Lexi Thompson.

Lancers win title: North Scott's Athena Nelson and Davenport Central’s Brooklyn Johnson each had a hand in winning four events as their teams battled down to the final event for the championship of the Davenport Ladies Classic at Brady Street Stadium.

North Scott ended up with the title, compiling 146 team points to 145 for Central. Davenport North finished third in the six-team event.

Davenport West freshman Kylie Daily won both the 1,500 and 3,000 meters while Pleasant Valley’s Riley Vice was victorious in the discus and shot put.

Reese Hilsenbeck added a goal and two assists for the Lancers, who scored six of their goals in the second half and did not permit the Falcons to get off a single shot on goal.

Muscatine 6, Central DeWitt 0: Juniors Sophia Thomas and Meredith Connor led an offense that helped the Muskies open the season with a convincing victory.

Thomas assisted on the first two goals of the season and later added a goal of her own while Connor scored two goals and assisted on the one by Thomas. Sophomore Kaitlyn Homes contributed a pair of goals in the second half for Muscatine.

GENESEO — The Maple Leafs boys soccer team knew what was at stake on Thursday night.

Assumption pulls out thriller vs. North

It had been 673 days since the players on the Bettendorf girls’ soccer team had played a high school match.

Geneseo's Hannah Copeland (7) attempts to block Sterling's Grace Egan (9) during the match between the two teams Tuesday night at Geneseo.

Geneseo's Maddi Barickman (6) goes up for the kill against Sterling during their game at Geneseo on Tuesday.