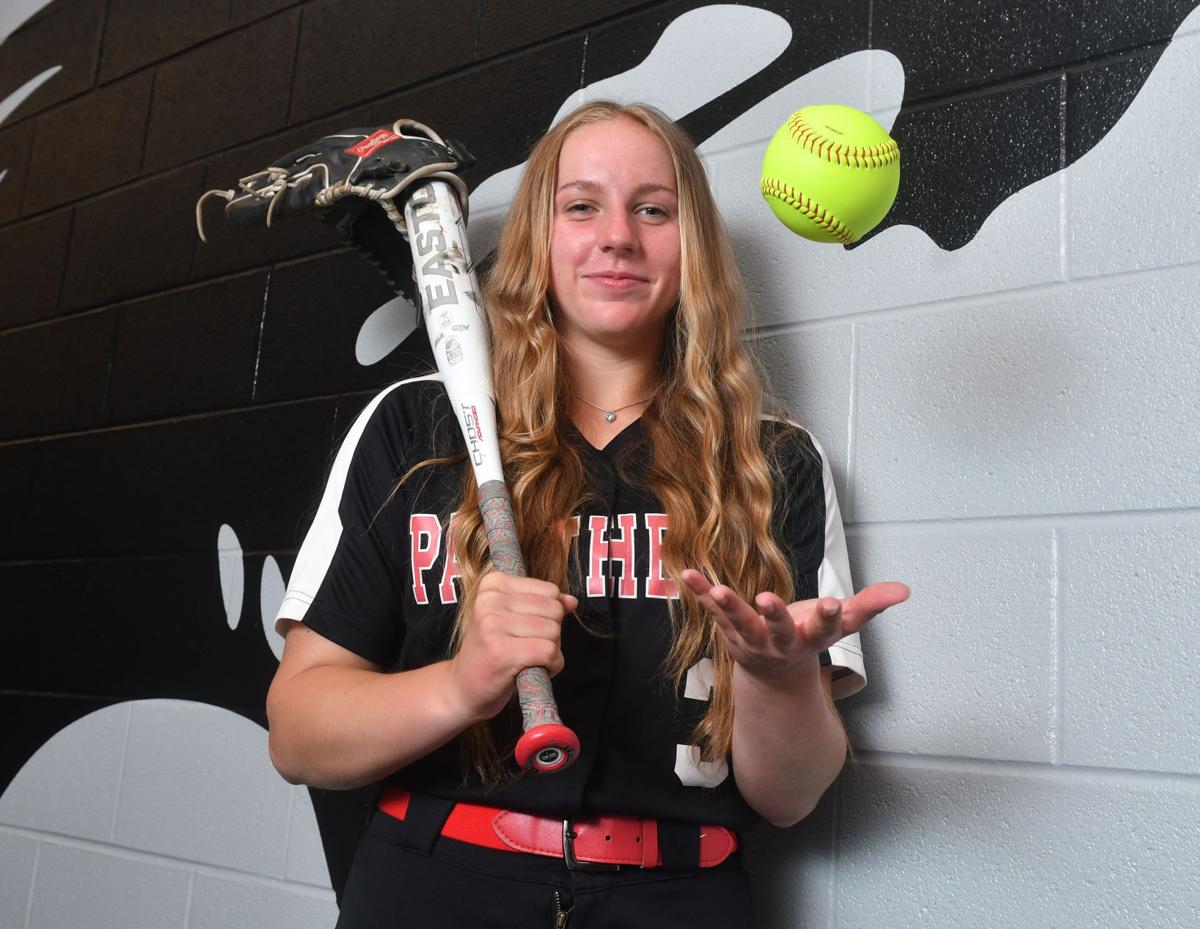 Erie-Prophetstown softball player Aylah Jones is this week's Illinois Pacesetter. Jones, a sophomore, was dominant at the plate and in the circle for the Panthers last week. 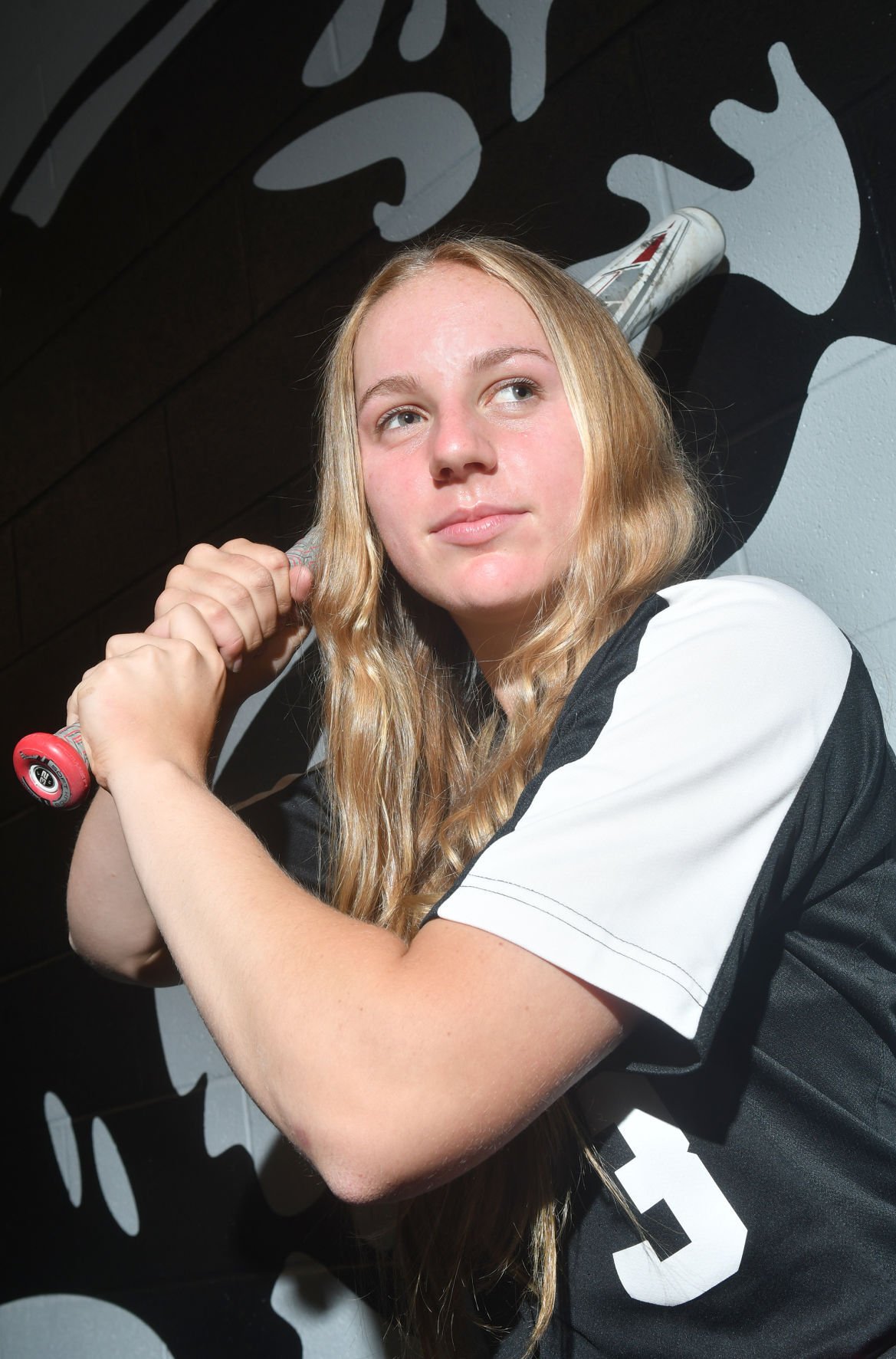 ERIE — Set to make her high school softball debut last spring, Aylah Jones already was projected as a player expected to make an immediate impact in the Erie-Prophetstown lineup.

However, the cancellation of the 2020 season meant that Jones' coming-out party on the diamond had to wait a year. That did not diminish any of the expectations, both on her part and on the part of E-P coach Kerrie Tenboer.

"I was really looking forward to it," the Erie High School sophomore said of her rookie season that ultimately was put on hold. "It was pretty frustrating, because I knew how good a team we could've been last year. I'm just glad we finally got a season together."

The coaches and teammates of this week's Illinois Pacesetter are equally glad. A four-game tear last week provided an ample showcase for the pitcher/center fielder's skill set. She posted a pair of wins in the circle with a combined 27 strikeouts while going 8-for-14 and scoring four runs out of the lead-off slot in the batting order.

Highlighting that run was a two-hit, 14-strikeout gem in a 2-0 victory over the Panthers' Three Rivers East Division rivals from Kewanee. In that game, Jones also went 2-for-3 and scored twice.

"Kewanee's got some great hitters, but Aylah threw great that evening,"  Tenboer said. "The only game I remember her being a little off was the first time we played Princeton (a 5-0 loss on May 4). Other than that, she's come in and fit in really well and has become one of those solid players you can always count on."

Calling Jones "solid" could be an understatement. Her all-around efforts have played a key role in helping Erie-Prophetstown (14-4) reel off a recent nine-game winning streak that helped them move into sole possession of the Three Rivers East lead with a 10-1 conference mark.

"I feel like I've been doing a lot better than I expected," she said. "I was just looking to get out there and play; I didn't know what to expect. I just wanted to have fun, stay safe and have a good time and a good season."

Playing alongside her older sister, junior utility player Mya Jones, for the first time in an Erie-Prophetstown uniform has also helped Aylah's adjustment to the prep game go even smoother.

"It's really been fun," said the younger Jones. "We play together on the same travel team, the Xtreme, so we know what that's like, but high school is a little different from that. It's fun for both of us, not only to be with each other but to be with all of our friends."

At the outset of this week, Jones continued her torrid stretch in a 5-0 TRAC East win Monday over Sterling Newman. She spun a two-hit shutout with 16 strikeouts as well as going 2-for-4 with a pair of runs.

That win, coupled with a Princeton loss to Peru St. Bede, enabled the Panthers to move into the conference lead by themselves.

"Losing to Princeton was pretty frustrating," Jones said. "We all knew we could play better."

That loss was part of a three-game skid that followed a 5-0 start for E-P. After that, the Panthers reeled off nine straight wins, a streak that was only stopped with a recent loss to Three Rivers West champion Rockridge, the No. 1 ranked team in Class 2A.

Now, Jones and her teammates are looking to lock up a second straight conference championship and use that as the springboard to a deep postseason run. After seeing her freshman season wiped out, Jones is taking nothing for granted now.

"We never talked about (a conference title) that much, but we were all kind of hoping for it," she said. "Our goal as a team was basically the same as my goal for this season — to have fun. After what happened last year, you never know when it could end."

Favorite movie: "10 Things I Hate About You."

Erie-Prophetstown softball player Aylah Jones is this week's Illinois Pacesetter. Jones, a sophomore, was dominant at the plate and in the circle for the Panthers last week.