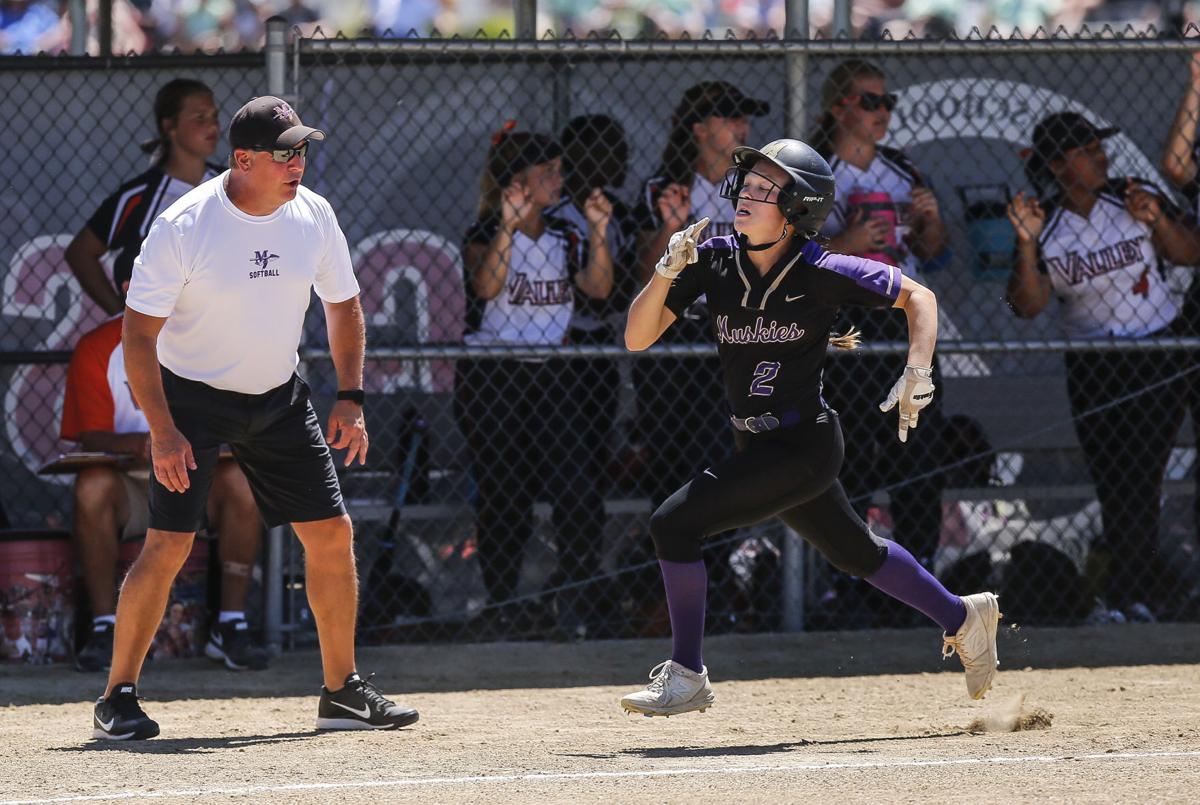 Muscatine's Olivia Harmon is sent home to score the first run of the game in the Muskies' 3-1 victory over West Des Moines Valley on Monday in the quarterfinals of the Class 5A state softball tournament. 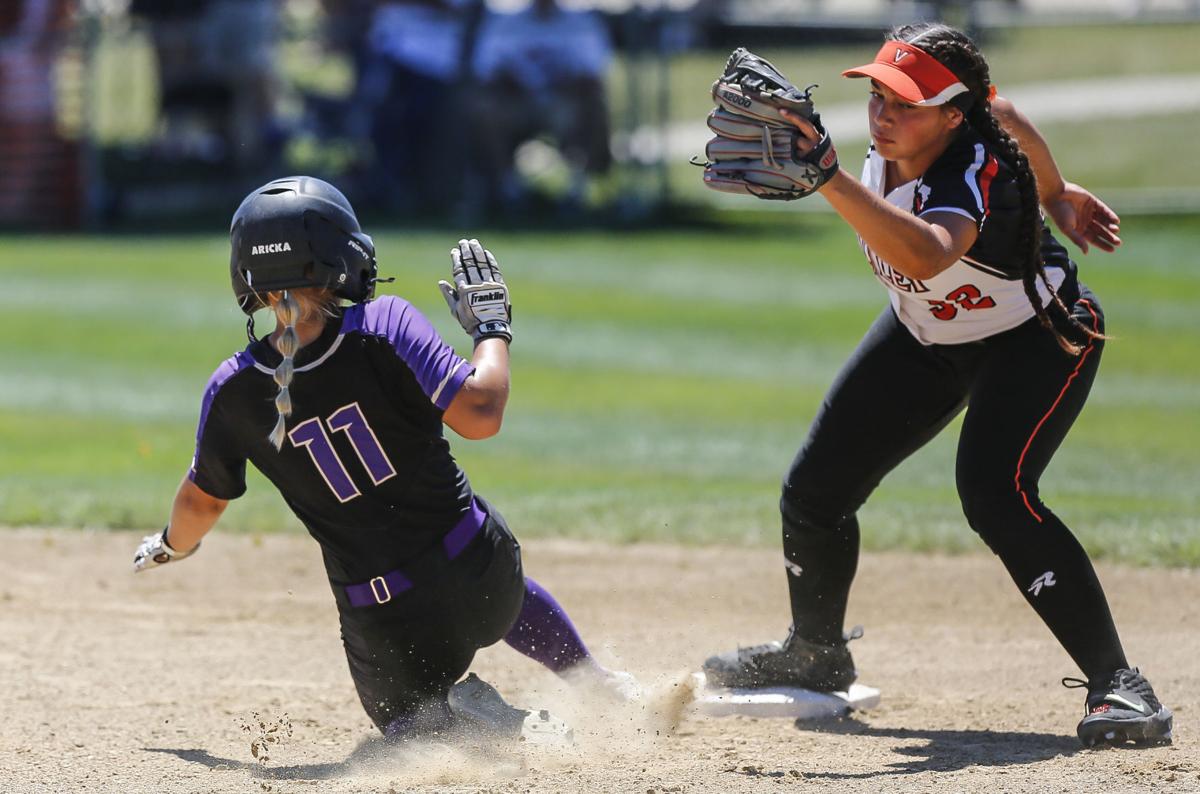 Muscatine's Aricka Ramser slides safely into second base then advances to third on an overthrown ball against West Des Moines Valley on Monday.

FORT DODGE, Iowa — Projected to finish fourth in the Mississippi Athletic Conference at the start of the season by the coaches, Muscatine’s softball team continues to prove the doubters wrong.

So much so that the Muskies are one of four teams standing in Iowa’s largest classification.

Less than a week after going on the road and pummeling fifth-ranked Iowa City High, the Muskies took out defending state champion West Des Moines Valley 3-1 Monday afternoon in a Class 5A quarterfinal at the Rogers Sports Complex.

“It is just shocking,” outfielder Olivia Harmon said after a three-hit performance. “We didn’t know how this season would go with COVID and being a shortened season. We were overlooked at the beginning, but we’re proving to everyone what we can do.”

It was Muscatine’s first quarterfinal win in 19 years. The Muskies (19-2) face second-ranked Cedar Rapids Kennedy (24-1) in the semifinals at 11 a.m. Wednesday.

Muscatine coach Steve Hopkins admits he didn’t envision his group would be at this point eight weeks ago. But after what he’s witnessed the past couple of months, including a MAC championship, he’s not surprised.

“We’ve got competitors, we’ve got athletes and we’ve got kids who are very passionate,” said Hopkins, who led Durant to a state championship in 2013. “These kids are winners.”

Kaylynn Salyars had a run-scoring double in the opening inning to get the Muskies on track.

“That was awesome,” Salyars said. “It took the weight off our shoulders.”

Muscatine’s Maura Chalupa and Bree Seaman tag-teamed on a three-hitter. Chalupa, a freshman, worked into the fifth inning before Seaman, a sophomore, came in and finished it off.

“When one is down, the other one picks them up,” Harmon said. “They work together well.”

Seaman was the primary starter during the season. Chalupa has taken over that role since a strong relief outing in the regional semifinal against Linn-Mar.

“It is a credit to Bree because she’s lost that starting spot, but she came in today, did a great job and finished it,” Hopkins said. “We’ve kind of asked them to be that two-headed pitching monster. Right now, we’re confident putting either one out there.”

Muscatine broke a 1-1 tie with a run in the fifth and added another on a wild pitch in the sixth. Aricka Ramser had two hits and a run scored for the Muskies, who pounded out 11 hits.

The Muskies survived despite some mental lapses on the bases.

Muscatine is one win from its first championship game appearance in 20 years.

“We’re just taking it all in right now,” Harmon said. “We need just need to come with the right mindset and confidence, go out and compete.”

The 2021-22 Iowa State softball roster is turning into a Mississippi Athletic Conference reunion.

Muscatine's Olivia Harmon is sent home to score the first run of the game in the Muskies' 3-1 victory over West Des Moines Valley on Monday in the quarterfinals of the Class 5A state softball tournament.

Muscatine's Aricka Ramser slides safely into second base then advances to third on an overthrown ball against West Des Moines Valley on Monday.