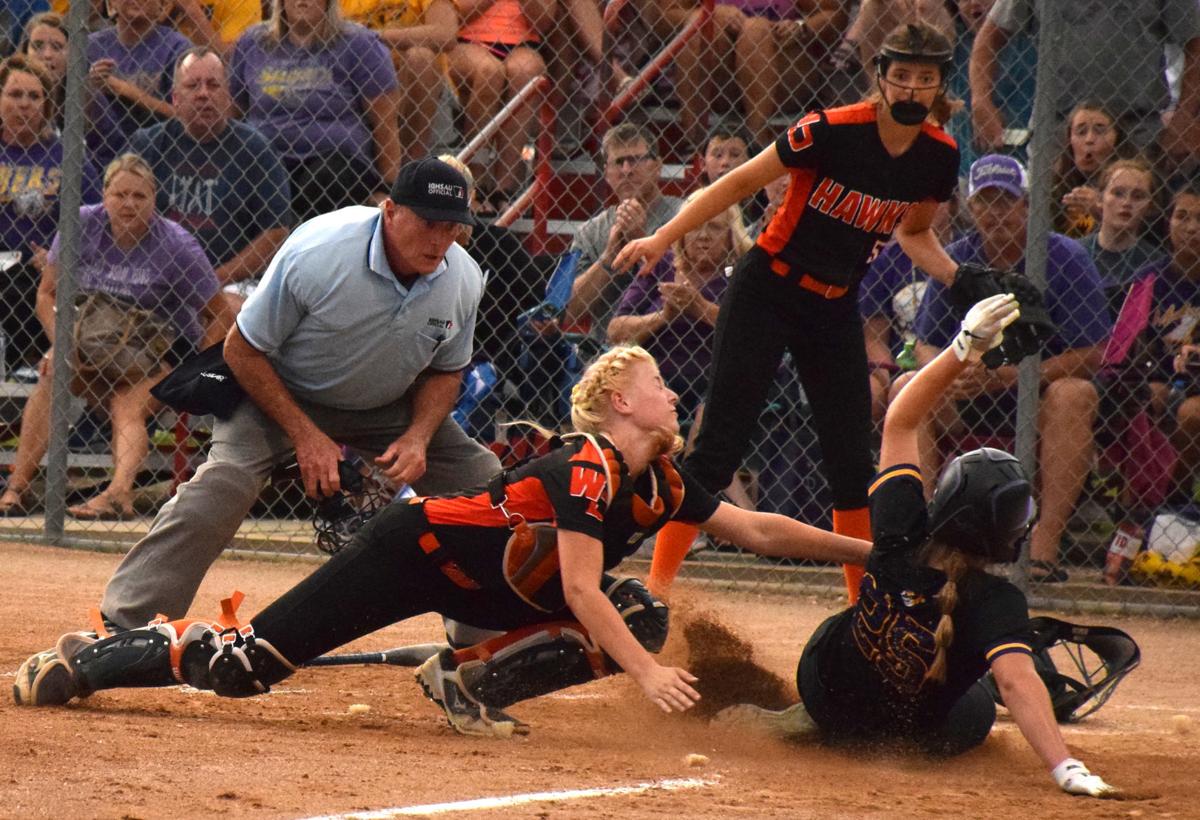 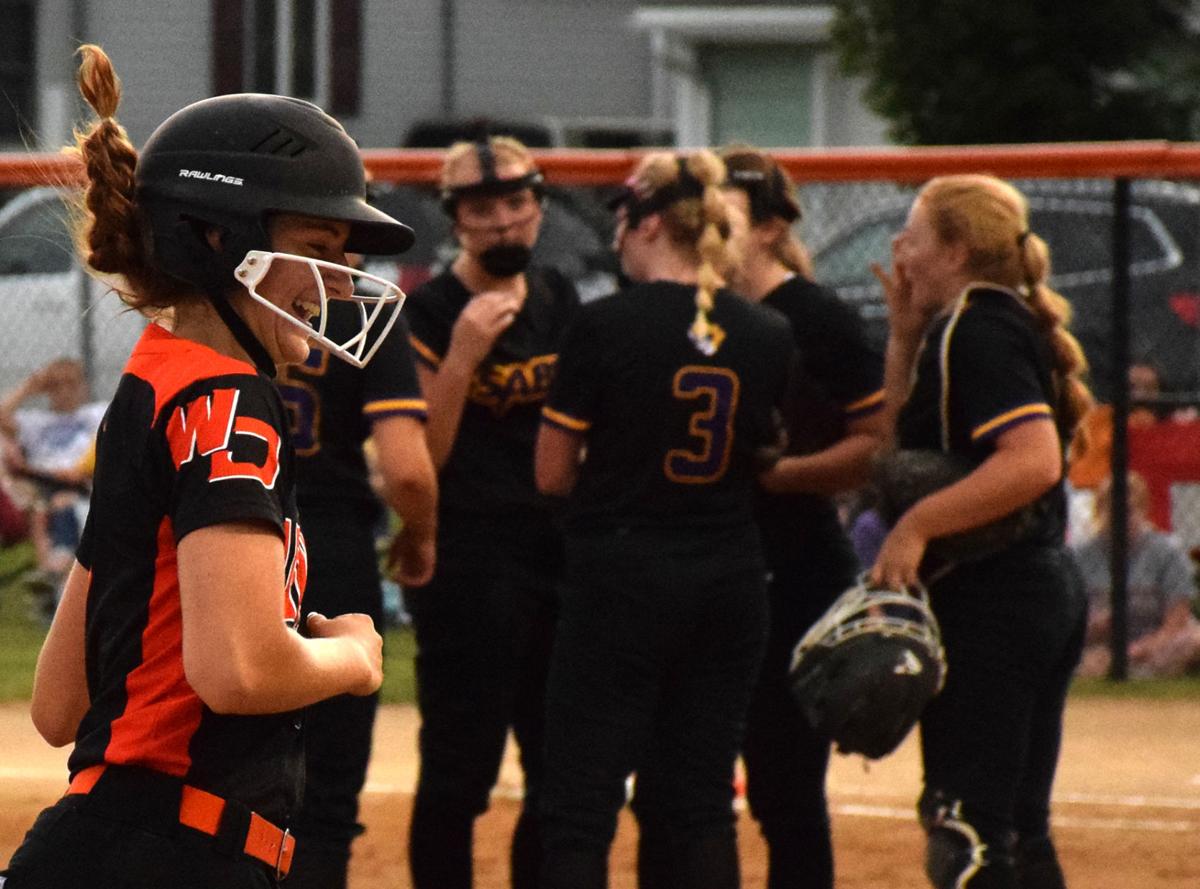 West Delaware's Macey Kleitsch rounds the bases following her home run in the fourth inning of a Class 4A regional softball game against Central DeWitt Tuesday at Sills Field in Manchester, Iowa. Kleitsch hit two home runs and pitched the Hawks to a 6-1 win.

The Sabers’ best season in six years ended with a 6-1 loss to West Delaware in a Class 4A regional final Tuesday at Sills Field.

“They’re going to leave a legacy that nobody else has ever done,” Central DeWitt head coach Lee Swanson said of his five seniors that led the Sabers to a 28-9 season and Wamac championship after five straight seasons of finishing no better than .500. “That’s what we want and what we wanted from them. I’m getting a little choked up about it.”

Macey Kleitsch hit two home runs — after entering the game with just one on the season — and outdueled Central DeWitt’s Mya Cavanagh in the circle to grab the win, sending the sixth-ranked Hawks to their 14th state tournament, first since 2013.

“Lately I’ve been thinking too much so tonight I was just like, see the ball, hit the ball, don’t overthink it and it worked,” Kleitsch said. “I’m so proud of this team, we worked so hard and I’m just so happy for everybody.”

The two teams played a doubleheader on July 3 and though Cavanagh outdueled Kleitsch 1-0 in the first game, it might have been enough for the Hawks to make adjustments.

Cavanagh also struggled with her changeup Tuesday, which allowed the Hawks to change their approach.

“We couldn’t get them thinking in their head where they have to dive out or stay back,” Swanson said. “We were a lot of one speed with the curveball and the drop ball and that kind of came back to bite us. I don’t think it was so much of what they’ve seen of her as much as, we just didn’t have control of that pitch tonight. It’s tough to control your nerves and control that pitch.”

“We really did practice the outside pitch, which is what she was consistent with,” senior Payton Preston said. “But that honestly was our weak spot and we just couldn’t get around it.”

Still, Central DeWitt threatened to score in the top of the fourth, runners on second and third with one out. Cavanagh hit a fly ball to center field, but it wasn’t deep enough for the runner on third to try and tag up and score. The Sabers stranded both runners after shortstop Claire Demmer made a diving stop and a pinpoint throw from her knee to first on a ground ball to end the threat.

“I don’t think we would have made it,” Swanson said of tagging up on the fly ball. “I wanted her to at least draw a throw and see if they maybe threw it over but she wasn’t going to make that anyway.”

The Hawks took the lead in the bottom of the inning on Kleitsch’s first home run of the game, then added to it with an RBI double from Demmer.

The Sabers answered back in the top of the fifth inning on an RBI double from Preston but Kleitsch led off the sixth inning with her second home run and the Hawks (30-10) put up four runs in the inning to pull away.

Freshman Keeley Jansen finished the sixth inning for the Sabers, who lose the five seniors but are still quite young, with just one junior among 10 underclassmen and one eighth grader.

“We brought in a freshman who now knows what it’s going to feel like, going into next year,” Swanson said. “She probably inherits the No. 1 spot for us and she’s got to be ready to play in a game like this.

Preston feels the program is in good hands.

“It’s definitely going to change the program from here on out. We’ve kind of set the stage for the future program and know they have to be better next year.”

West Delaware's Macey Kleitsch rounds the bases following her home run in the fourth inning of a Class 4A regional softball game against Central DeWitt Tuesday at Sills Field in Manchester, Iowa. Kleitsch hit two home runs and pitched the Hawks to a 6-1 win.