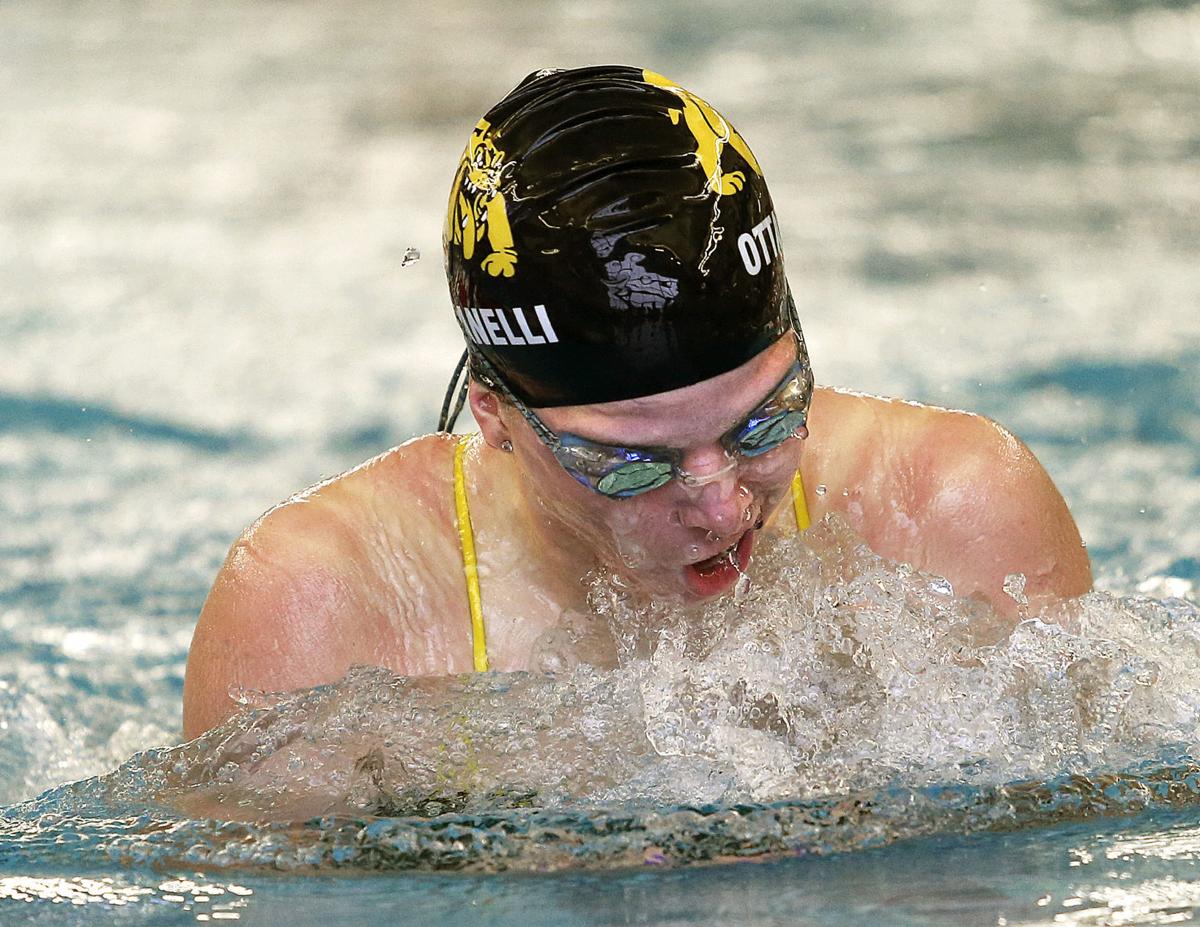 Bettendorf's Arianna Ottavianelli swims her way to a win in the 200 individual medley during a regional meet last season. Ottavianelli finished second at the state meet in the medley last fall. 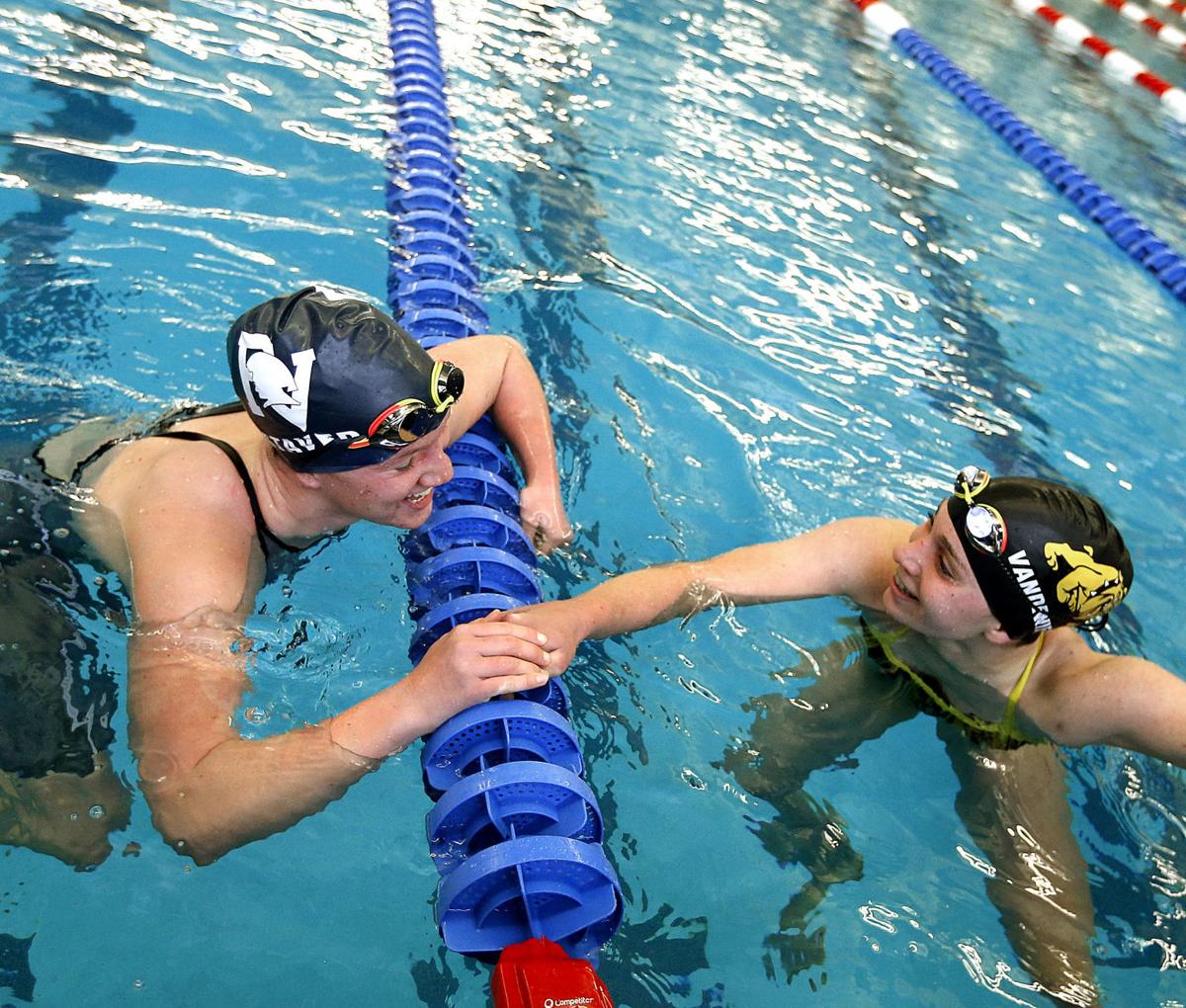 After thousands of hours in the pool training, many of which come before most have their morning cup of coffee, Arianna Ottavianelli needed a respite.

Swimming competitively since she was six, the Bettendorf junior's zeal for the sport had waned. She was burned out.

"I was kind of getting tired and it wasn't as much of a love as it was before," Ottavianelli said. "It was a struggle to go to practice. I really didn't want to go."

So instead of training last spring, Ottavianelli went out for track and field. She ran some 100s, 200s and 400s for the Bulldogs.

Ottavianelli wasn't a standout like she is in the pool, but it was something fresh and took her mind off swimming.

"You need to take a step away every now and then," Bettendorf swim coach Mike Ahrens said. "I could tell and the family could tell, swimming wasn't that much fun for her anymore. It was the first time she's realized that in her life."

Track provided perspective. It made her heart grow fonder for swimming.

"After taking some time off and trying something else, I realized swimming is my sport," she said. "I do love swimming."

Led by Ottavianelli, a state runner-up in the 200 individual medley and 100 breaststroke last season, the Bulldogs are eager to make a big splash this fall.

It also has an exuberance of youth in the program with freshmen sprinters Macy Greenley and Kathryn Miletich. Ahrens said the underclassmen will push some of the veterans for possible spots on the Bulldogs' top relays.

"I'm really excited for the state meet because all of our returning girls have gotten better and we've got some good freshmen filling the holes the seniors left," VanDeWiele said.

Ahrens said Sami Roemer, just two years removed from swimming junior varsity, is among those to make vast improvements in the offsesason.

Roemer swam on the Bulldogs' fifth place medley relay at state and qualified in the 100 backstroke.

"Individually, my standards are a lot higher now because of my improvement," Roemer said. "We're definitely in a good spot where we're sitting at now."

Bettendorf claimed the championship at Saturday's Ram Relays in Dubuque with victories in 19 of the 22 events.

Come November, Ames and Dowling Catholic, the two schools to finish above Bettendorf last year, are the teams to chase again.

"We gained as much as we lost, if not even more," Roemer said. "We're hungry to climb that ladder and get to the top."

Ahrens admits it'll be difficult to catch Ames, which has multiple state champions returning. Dowling has considerable talent again, too.

"Our status quo this year won't move us up," he said. "We've got to be better. We got to have more points, more participants at the state meet. We need all three relays on the podium at a minimum."

Bettendorf has individuals with incentive.

VanDeWiele, a mainstay in the Bulldogs' lineup since her freshman season, wants to make her last season count in black and gold.

"It is my last chance in high school so I'm definitely a little more motivated than I have been in previous years," she said. "I want success for the team."

She begins the season already as the school record holder in three individual events — the 200 IM, 100 breaststroke and 100 freestyle.

That said, Ottavianelli admits it has been a challenge getting back to where she left off.

"At first, it was super hard," Ottavianelli said. "I was like, 'Man, I'm never going to get back to where I was. This is so terrible.'

"Now that I'm back in shape, I'm pretty close to all my times. It feels good."

Ahrens had no concerns, and believes it might have been the best choice.

"She's so talented that she can take time off and not miss a beat," he said. "She's got the technique and the drive. Now with her being fresh from a mental standpoint, maybe that will carry her to the next level."

Sydney Hanson, so., Bettendorf: A former gymnast, Hanson had a tremendous freshman season diving. She was fourth at state meet.

IOWA CITY — Charlie Bunn touched the wall, glanced at the scoreboard, looked at his teammates on the deck and then pounded his fist into the w…

The Moline boys swimming team capped its second sectional title in three years by winning the 400 free relay by almost 10 seconds Tuesday. The…

Mike Ahrens has been guiding the Bettendorf boys swimming program for nearly 30 years. He has coached the Bulldogs to multiple state champions…

Moline swimmers rally behind Akers in his fight against brain tumor

Bettendorf's Arianna Ottavianelli swims her way to a win in the 200 individual medley during a regional meet last season. Ottavianelli finished second at the state meet in the medley last fall.