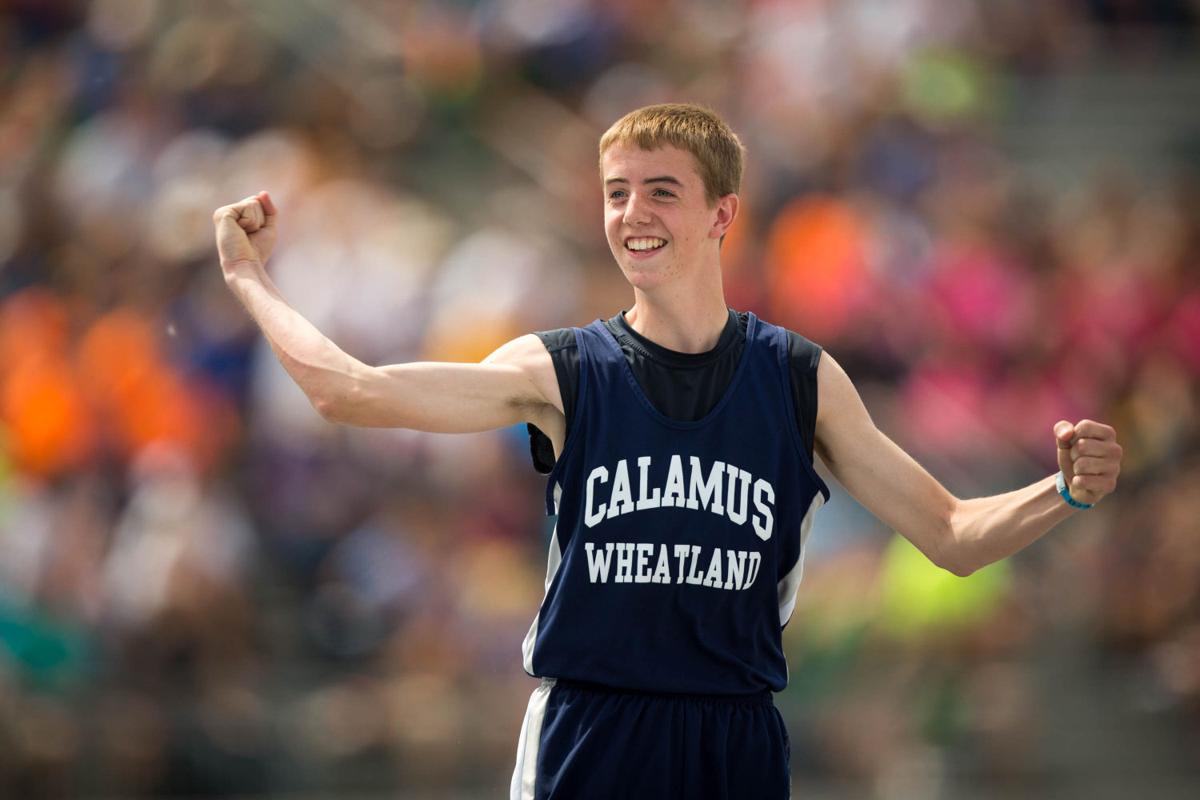 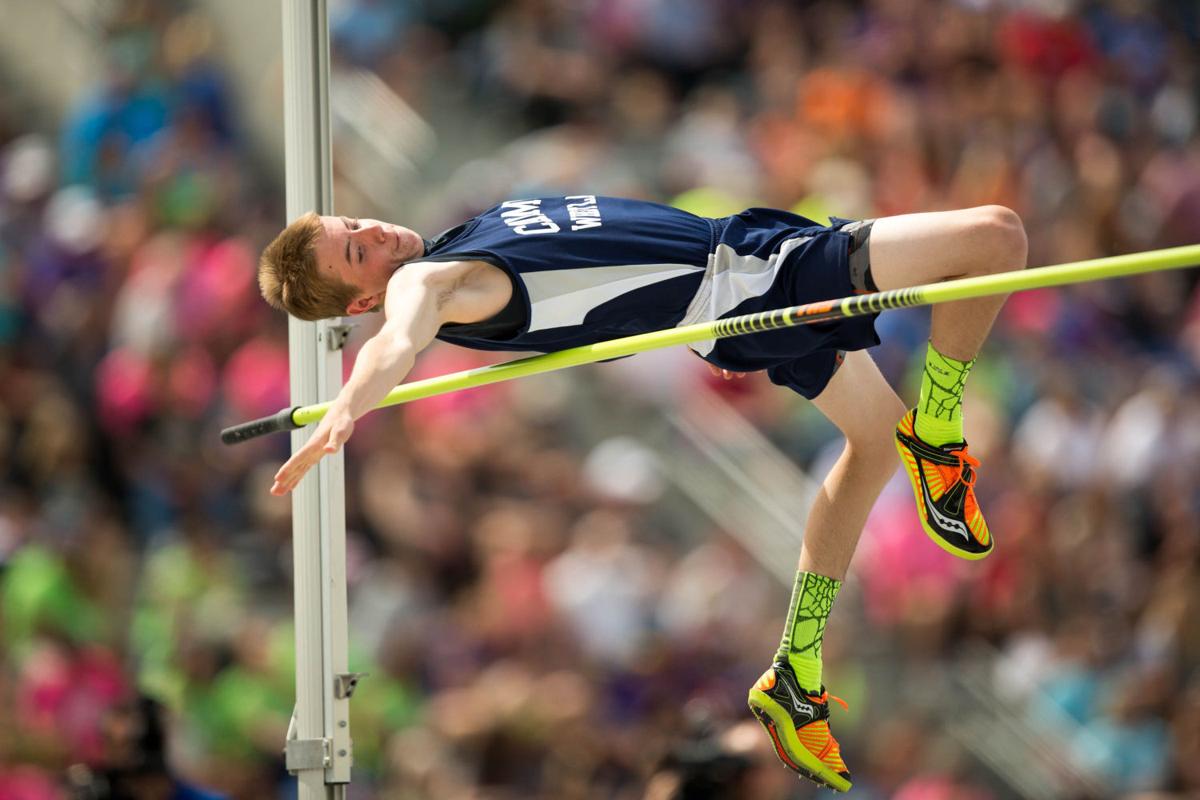 Calamus-Wheatland's Cole Moeller is a two-time state champion in the high jump. The senior looks to become just the fourth individual in Iowa history to win three high jump titles this spring.

DES MOINES — Cole Moeller admits he hadn’t heard of the high jump until his junior high coach introduced him to it in seventh grade. He never had any formal training until a couple of months ago.

Now, the Calamus-Wheatland sophomore is king of high jumping in Iowa Class 1A.

“State champion was in the back of my mind, but (Martin) is very good,” Moeller said. “I just thought that there was no pressure on me, the pressure is on him because he’s the defending champion.

“A state championship is beyond words.”

Moeller, the school’s first high jump champion, eclipsed his previous best by two inches. Given he could only jump 5 feet three years ago, Moeller has made enormous strides in a short span.

He attended a one-day clinic in Minnesota in late March led by two-time Olympian Hugo Munoz of Peru.

“I can’t believe I came along this fast,” Moeller said. “From 5 feet as a seventh grader to 6-9 my sophomore year, it is pretty amazing to think how much I’ve grown and gotten better.

“I can’t believe my form is good enough (to win state) because I don’t practice that much at it. Most of the jumping I’ve done is trying to dunk a softball on a basketball hoop.”

Once the bar reached 6-7, it became a dual between Martin and Moeller.

Martin cleared on his first try and Moeller answered on his second attempt. Both sailed over the 6-8 mark on their second try.

Then at 6-9, almost a foot taller than Moeller, he jumped over the bar the first time.

Moeller had to eagerly wait as Martin had three attempts to match him. He couldn’t do it.

“I knew (Martin) was going to come out and clear some good heights,” Moeller said. “I just told myself I’ve got to jump how I jump, don’t change my form through the height. I knew I could do it and it paid off.”

Moeller raised the bar to 6-11 ½ in attempt of getting the 1A state record. On all three attempts, the crowd of 14,810 at Drake Stadium tried to urge him along by clapping their hands. He couldn’t clear it.

“Cal-Wheatland is just one little section of the stadium,” Moeller said, “but for everyone else who doesn’t know us to do that, it was pretty awesome.”

“I’m usually use to starting and running out front, not used to chasing people down, but it is nice to do that,” Lenz said. “When you can keep your eyes on someone ahead of you, it can pull you for a good time.”

Tipton’s medley was pieced together at the start of the season, but the quartet won the conference meet, the state-qualifier and accounted itself well here.

“Our goal was to win it, but to walk off with a state medal, we worked for it,” Challis said. “We earned it.”

Northeast Goose Lake’s Nick Kennicker placed fifth in the 2A 400 hurdles in 54.18 seconds, just a little more than a quarter of a second off his previous best.

Kennicker had little time to recover or warm up after running a leg on the 800 relay less than an hour before.

Durant’s Levi Novinski was seventh in the 2A discus. He threw 156-1, nearly 5 feet off his season best.

The sophomore jumped a career-best 6 feet, 9 inches Friday to claim the Class 1A high jump title at Drake Stadium. It bettered Moeller's previ…

Calamus-Wheatland's Cole Moeller is a two-time state champion in the high jump. The senior looks to become just the fourth individual in Iowa history to win three high jump titles this spring.