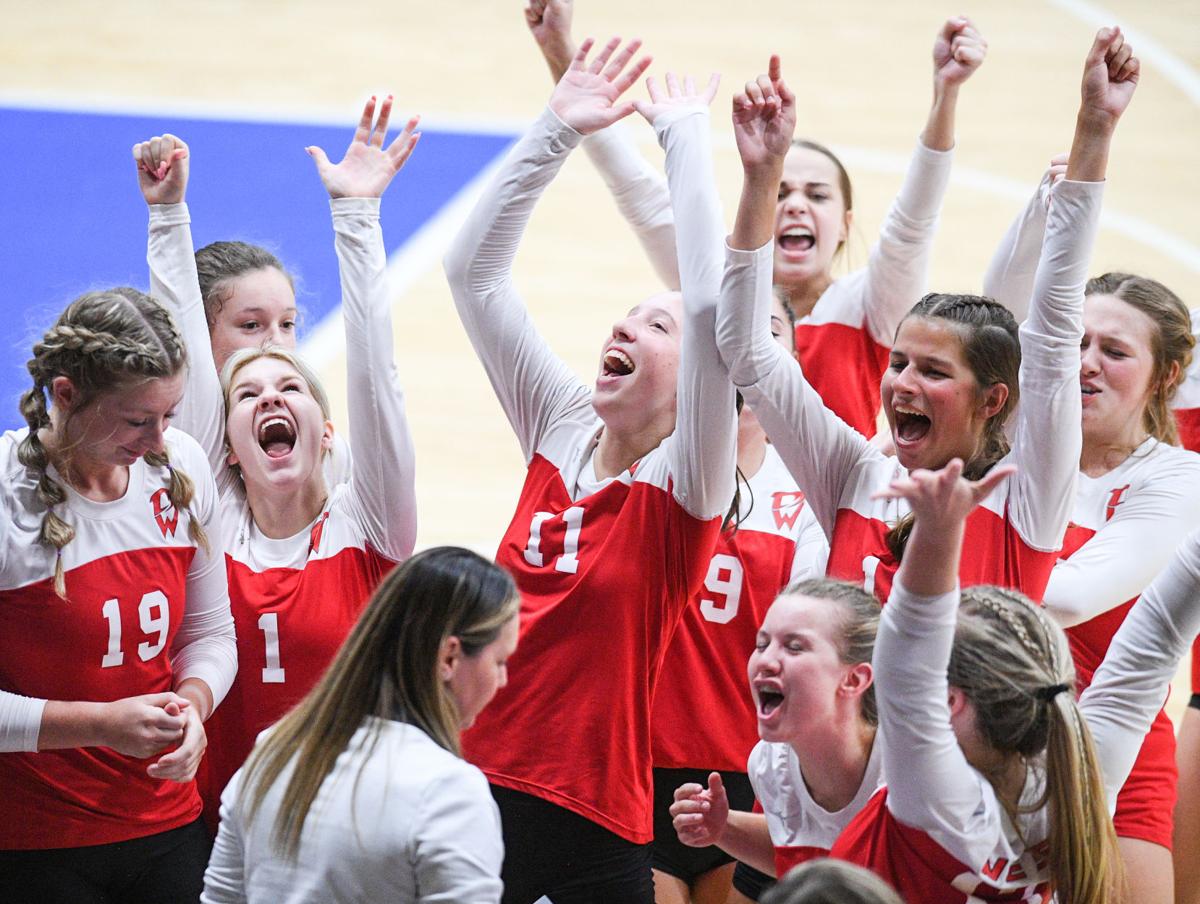 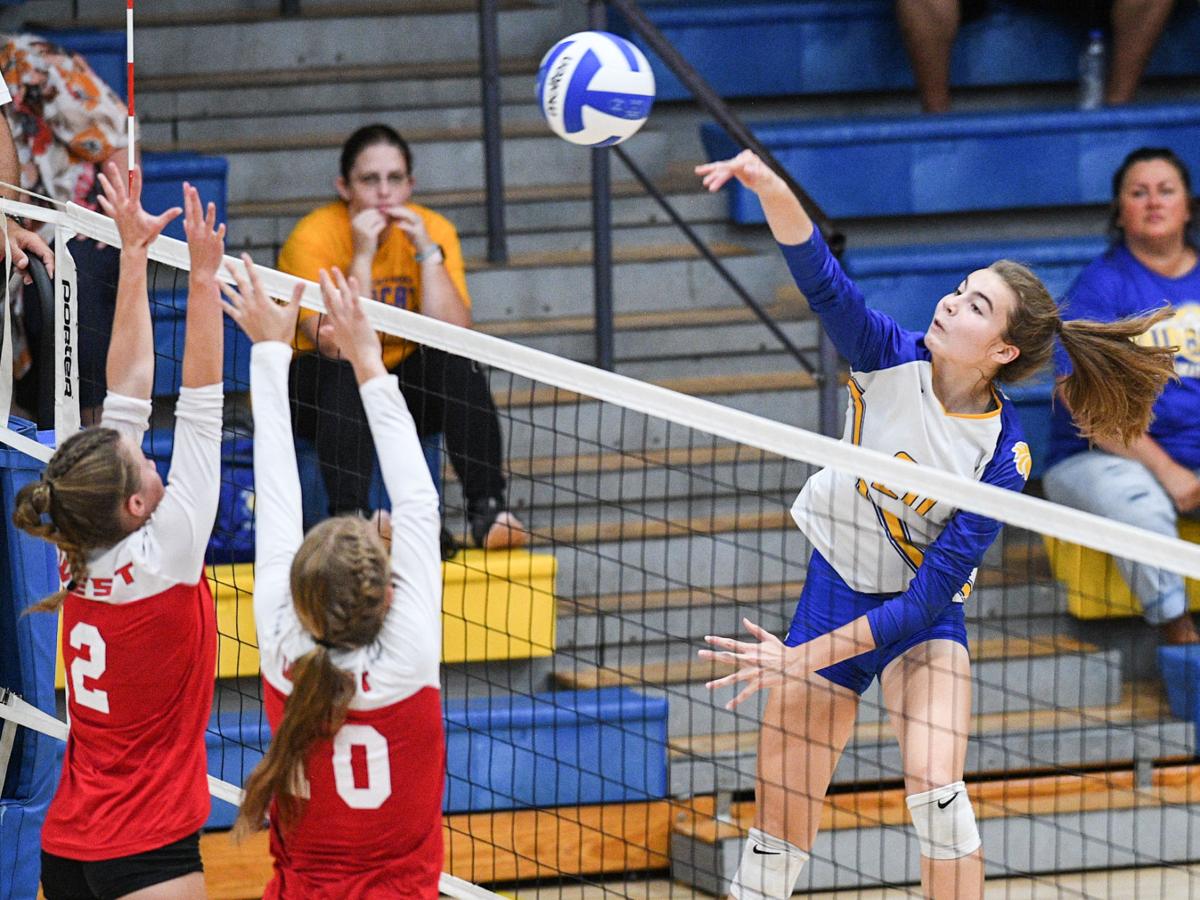 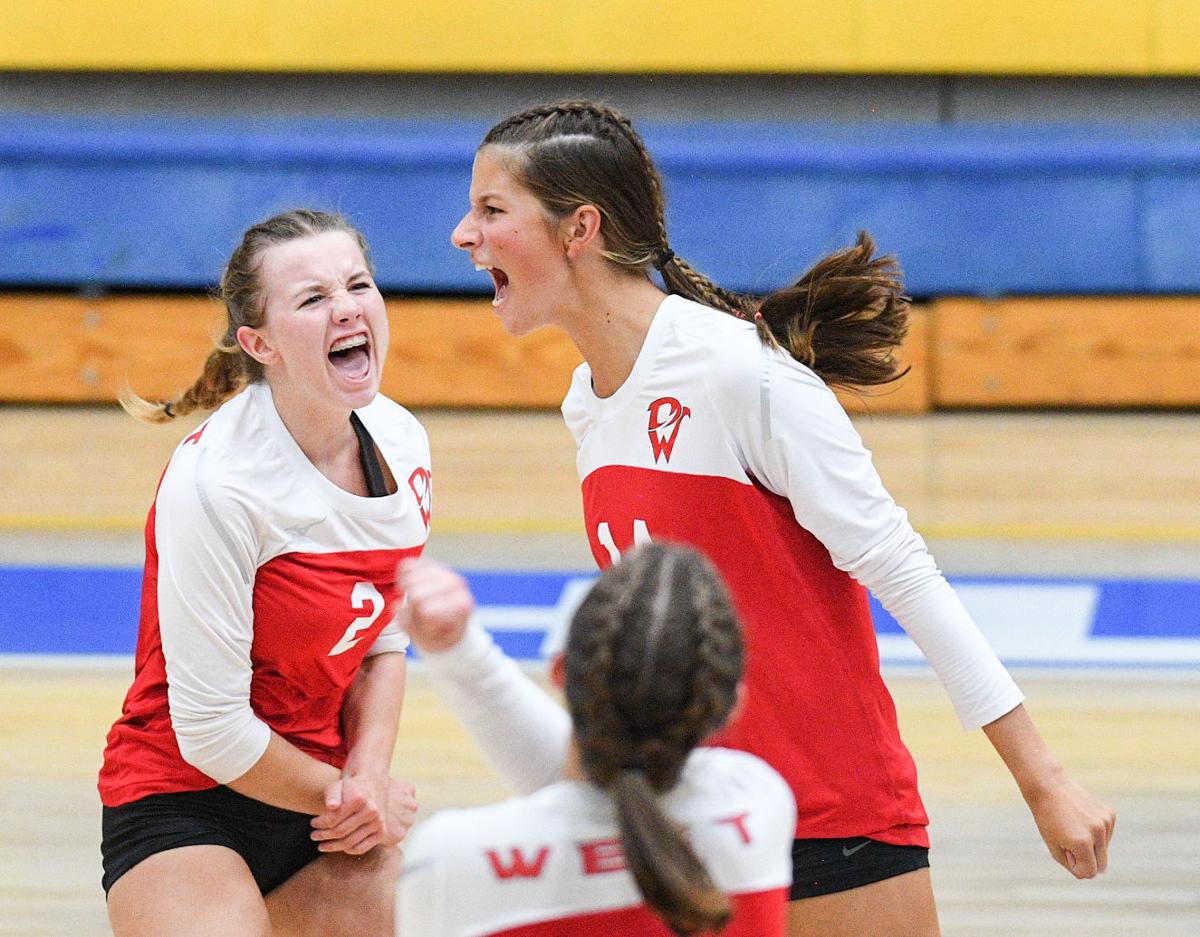 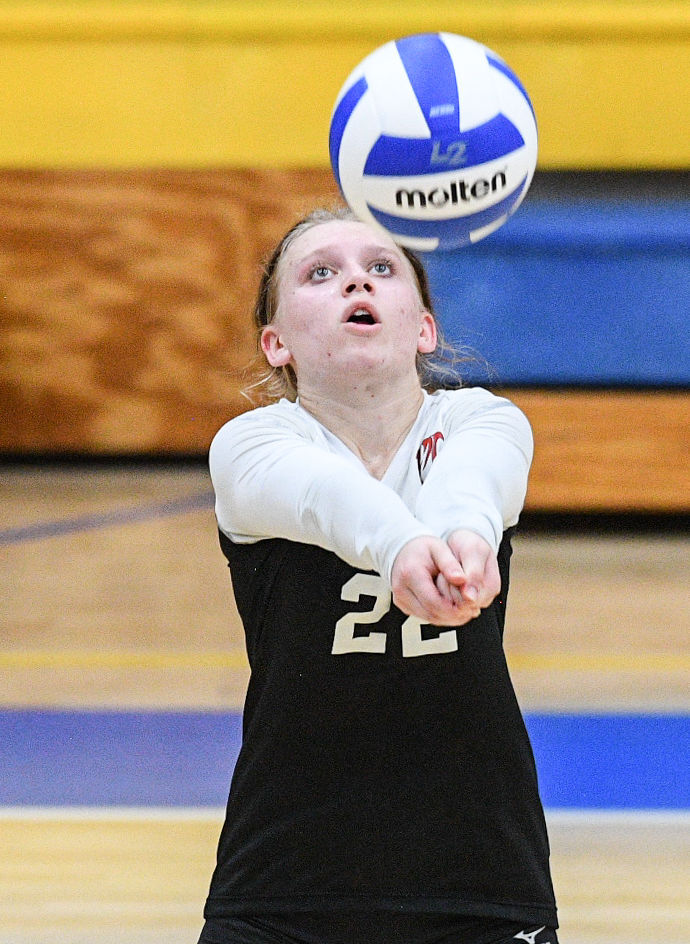 There has been very little to cheer about the past several seasons for fans of Davenport West volleyball.

“It has been tough,” senior Abbey Smith said, “but you’ve just got to keep on kicking and keep getting better. That’s the whole point of going to practice every day.”

Its perseverance paid off Tuesday night.

After 46 consecutive match losses dating back to October 2018, West ended the skid in emphatic fashion against one of its biggest rivals.

“This is just magical to me,” West setter Faith Rettler said. “It has not even processed in my head we just beat (another) team.”

Since sweeping Burlington, which was still a member of the MAC, in the next-to-last regular season match three years ago, West had dropped 119 of its last 122 sets.

A coaching change transpired, but the belief never wavered.

“We kept believing in our team, and that’s what kept us going,” Rettler said. “I never lost hope for this team. Nobody on this team gave up.”

It was the first win for first-year head coach Christina Groesch, who had seen signs of growth along the way this season.

The Falcons took a set earlier this season at the Ankeny tournament against Council Bluffs Abraham Lincoln. They reached 20 points in the opening set versus Muscatine last Tuesday.

“It means the world to these girls,” Groesch said. “They have been seeing their improvement, just not the end result of the win. They could tell every day they’re getting better.

Rettler facilitated the offense with 19 assists. Alexandria Petersen led the Falcons with eight kills and Sydney Westerhof had four of her six kills in the middle set. Mya Verdon unleashed seven service aces.

“We have a lot more energy and more presence in being ready to play every game,” Smith said. “Everyone wants to be here, wants to play and is ready to win.”

The Falcons scored 13 of the first 18 points in the third set to push them near the finish line.

When North’s final attack landed into the net, the dreaded streak was off West’s back.

Hugs and high-fives were exchanged. Several of the West players raised their arms in jubilation toward the visiting crowd.

“Playing the past three years and not winning anything, it is a great feeling right now,” Rettler said.

Groesch is starting to see her team's confidence grow.

“I believe they know they can play well together,” she said. “They’re believing in each other and having confidence in each other where before it was more individualistic play.”

Heath Donath resigned as head coach recently. Kaela Moeller, a 2013 North graduate, has taken over on an interim basis. Tuesday was her first match leading the Wildcats.

“We have a really young team with four sophomores in our starting lineup. We have a strong platform to build on in the years coming, but we want to give our two seniors a really great final year as well.”

West hopes it can build on Tuesday's win.

In a battle of state-ranked teams, Assumption got the better of North Scott on Tuesday night at Assumption High School.

Sophomore middle blocker Clair Hulke led the way with seven blocks and five kills in Alleman's straight set victory over Galesburg. It was the Pioneers' second WB6 win of the season.

Displayed dominance at the net and from the service line, Moline swept the day's first two matches at Saturday's Western Big 6 triangular, bea…

Unable to walk for months, Alleman's Miracle is close to returning to the court

After breaking 18 bones and requiring a spinal fusion, Miracle Martensen was left unable to even sit up. A year later, the junior volleyball player is looking to return to the court.

Prep report: Assumption takes down Wilton in final at Clinton

When the opportunity presented itself, Pleasant Valley’s Chloe Cline was ready.

Rock Island took a big leap in the Western Big 6 conference standings Saturday with wins over Quincy and Geneseo at Quincy High School.