With the match tied in the second set, Sienna Mikaio reacted instinctively.

Quincy had blocked a Rock Island kill attempt, and Mikaio flung her arm out as the ball zipped back right toward her face. The senior libero kept the rally alive, and Kayla Rice capitalized on the play with a kill that deflected off of a Quincy defender and flew into the stands.

“That play gave us momentum,” Rice said. “It was a close game and then all of a sudden you get a ball that you’re able to get a kill on like that — and we just all turned around and cheered. It made us happy.”

Mikaio led the team with nine digs on a night that the Rocks displayed high-level defensive effort throughout. Not many balls dropped and communication allowed defense to turn into offense.

“That’s what we saw there (with Kayla and Sienna),” Rock Island coach Morgan Gray said. “Sienna does a great job talking with the hitters in case the ball comes right back to our side. It gives your hitters a lot of confidence to go up and swing again. That was a great defensive effort that turned into an offensive effort.”

The win moved Rock Island (11-6, 6-1) into sole possession of second place in the Western Big 6. Quincy (8-6, 5-2) entered the night tied with Rocky. Thursday ended a week for the Rocks that also included sweeps over Princeton and Geneseo.

“We’re definitely clicking right now,” Gray said. “Everyone is playing their roles. I’m so proud of my girls because despite everything that is going on, we come out here and play every single game to the last point. It’s a total team effort.”

The entire team showed out in the first set. Rock Island jumped ahead 15-9 behind a service game that left Quincy without an answer. The Rocks finished with seven aces and when they didn’t get an ace, the Blue Devil offense was still forced to hit uncomfortable shots.

“In the first set, every server in each rotation had an ace,” Gray said. “That’s really impressive. We work on serving a lot in practice and the mindset it takes going into serving. That’s all it is. It’s about the mindset you have behind the service line. I also think we do a good job picking at the serve receive seams.”

Rocky picked at those seams in both games, but it was most evident during the first set. Quincy made 13 total errors or violations in Rock Island’s first set victory and never looked comfortable offensively.

“We work on pressure serving and creating chaos,” Mikaio said. “It may not always be an ace, but it will force the other team out of system and put the ball in a place where we can execute.”

However, Quincy jumped on Rock Island to start the second set. The Blue Devils went ahead 7-2 behind a couple of aces on the back line.

Rock Island regrouped when it got Rice going offensively. The senior outside hitter stopped Quincy’s run and allowed the Rocky defense to get back on track.

“Quincy was doing a great job making our defense move, playing balls in the corners and playing the short tips, and we had to make some adjustments on those plays,” Gray said. “But I was glad to see us make those during the game and convert some.”

The match stayed close until 19-19, and then Mikaio had the save that turned into a Rice kill. From there, Rock Island took a 24-19 lead and walked away with its third sweep in four days.

“I thought we were really scrappy tonight,” Mikaio said. “Our blockers and setters were playing really well defensively and we executed everything. One thing we aimed for was going for every single ball, and I felt like we did that tonight.”

The North Scott volleyball team swept Clinton on Tuesday night to remain in a three-way tie for the conference lead.

Moline volleyball storms back for three-set victory over Rock Island

Moline volleyball stormed back for a three set victory over Rock Island on the road. Sam Veto made huge plays down the stretch for the Maroons to extend their WB6 winning streak to 29.

Rock Island's Kayla Rice is this week's Illinois Pacesetter. The three-sport senior has become a captain of the volleyball team both on and off the court. Read more:

'It's been a long time coming': Alleman picks up first WB6 win

Alleman volleyball picked up its first WB6 victory with a sweep over United Township. Clair Hulke led the team in kills, blocks and digs. The Pioneers hope this is the turning point.

UT ends one streak, but cannot snap another against Galesburg

The United Township High School volleyball team ended one negative streak when it won the first set of Thursday's Western Big 6 Conference match with Galesburg, snapping a strong of 14 consecutive sets dropped. however, the Panthers could not end another skid as the Silver Streaks rallied for a 22-25, 27-25, 27-25 win at the Panther Den in East Moline, sending the Lady Panthers to their ninth straight setback.

The Geneseo High School volleyball team limited its mistakes and handled its errors well in a road sweep of Alleman on Thursday night.

Two volleyball teams riding lengthy winning streaks met for the title at the Orion Charger Challenge, with one of them being the host Orion Chargers. However, their 11-game winning streak came to an end as a 24-1 Galena club scored a 25-14, 25-16 sweep. 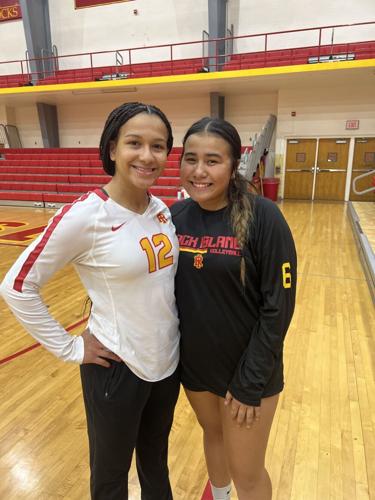 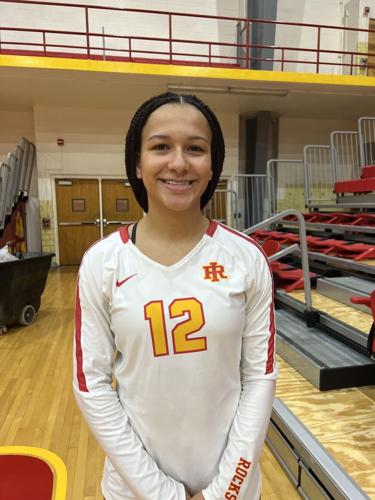