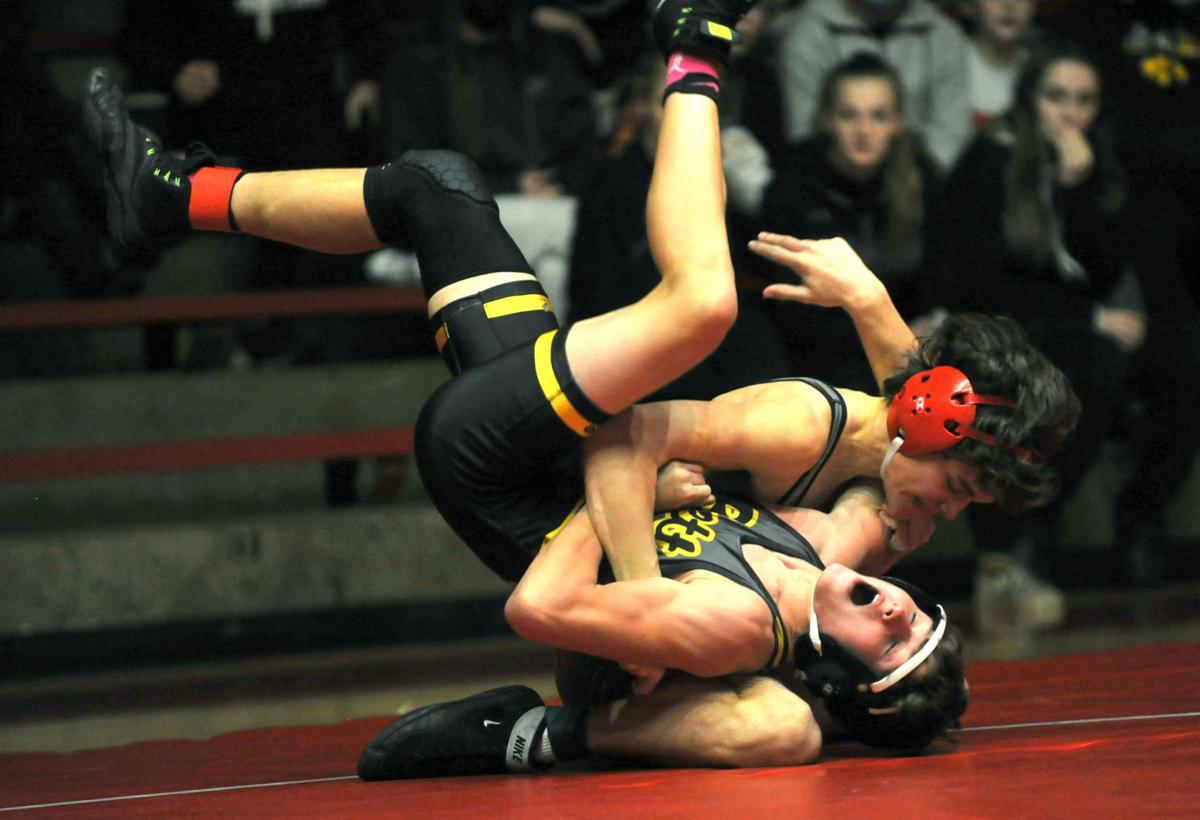 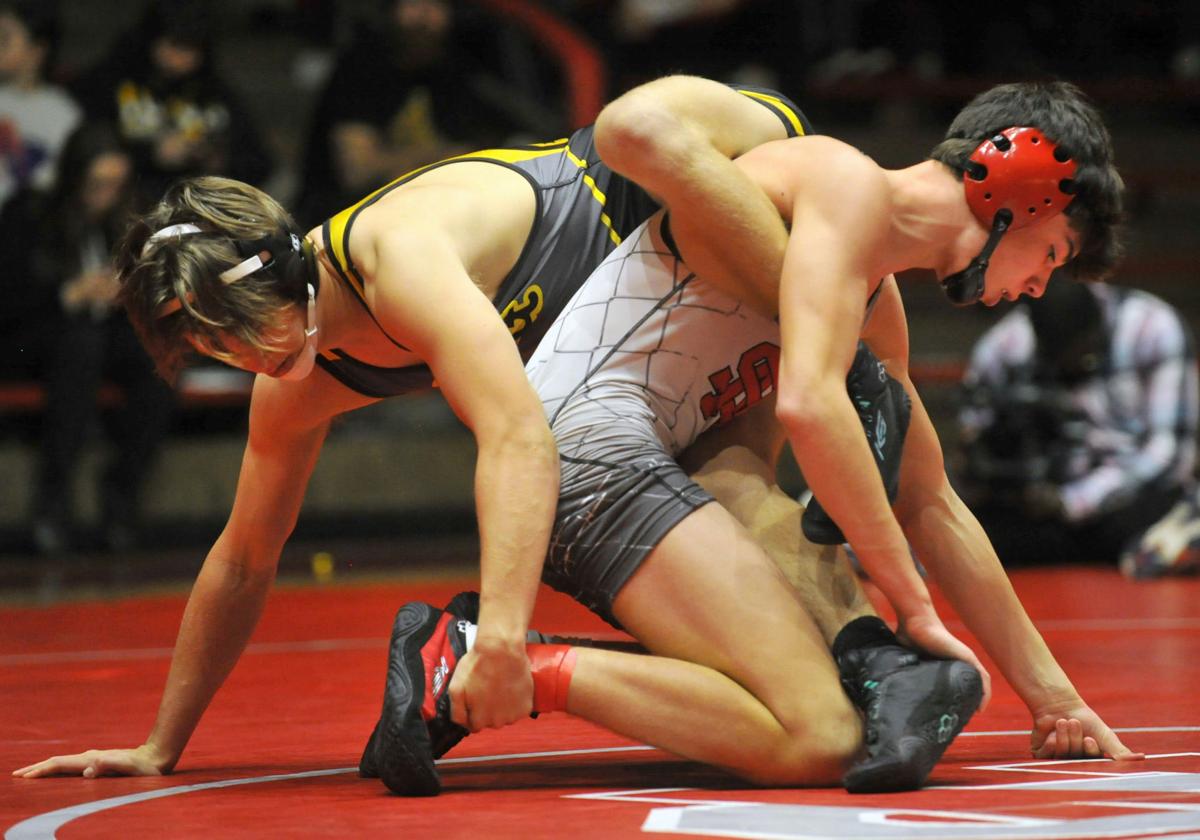 It led to a rather one-sided result.

Fueled by four straight wins in the middle weights and back-to-back pins from AJ and Joey Petersen at 182 and 195 pounds, North Scott upended Bettendorf 41-29 in a Mississippi Athletic Conference dual at The Pit.

“(Coach Drew) Kelly had us practicing like we were going 100 (miles an hour),” senior Deven Strief said. “When it came match time, we were being the aggressors and dominating the matches.”

Josh Connor (138 pounds), Aydan Cary (152) and Strief (160) triggered the onslaught. Connor and Cary had technical fall wins while Strief posted a major decision. Peyton Westlin (145) recorded a decision for the Lancers, who had 16 takedowns to zero for the Bulldogs in those four matches.

“That’s a great springboard for us coming out of Christmas training,” Kelly said. “If we keep wrestling like that, it is going to be a fun team to watch.”

Bettendorf bumped state-ranked Logan Adamson up a weight to 170 and he posted a major decision win.

It caught Strief by surprise.

"I walked out there and I saw (Adamson) was still in his warmup stuff," Strief said. "I'm like, 'What the heck is going on?' It wasn't like I was going to wrestle any different. I went out there with the same intensity, but it was a little shocking."

The Petersen brothers followed with first-period pins to give North Scott a 35-10 lead.

“Man, you better be ready to go when you face AJ and Joey,” Kelly said. “That was big to get us going.”

Those pins were vital with Bettendorf’s top two wrestlers at the upper two weights — Bradley Hill (220) and Griffin Liddle (285).

“It was important AJ and I won because we knew (David) Borchers and Kade (Tippet) were going to have tough matches,” Joey Petersen said. “Securing those two really helped us extend the lead and give us some cushion.”

“Top to bottom, I liked how we fought,” Kelly said. “We had some matches before break where we’d wait until the second period to get going. I thought we were better tonight at setting the tone, coming out and maximizing every period and looking to score points.”

Bohren and Liddle had pins while Adamson and Hill recorded major decisions.

Otherwise, it was a difficult night for the Bulldogs.

“We did a lot of reacting instead of taking it to them,” Bettendorf coach Dan Knight said.

Knight attributes that to a couple of things — lack of mat time and also transferring what is worked on in the room to competition.

“We had some guys who looked like they were scared to screw up,” he said. “If you don’t go out there and cut it loose, bad things happen. They’re waiting and by the time they decide what to do, it is gone.

“We’ve got to get a little meaner, a little tougher. We preach to the kids about hating to lose more than the other guy, and that didn’t happen tonight. They took it to us.”

With both teams hovering around the top 10 in the Class 3A dual rankings, the result could loom large for hosting regional duals.

Kelly believes both teams should be in the top eight and not have to square off in a regional dual.

“Any time you beat Bettendorf, that’s a big win,” Kelly said. “The team part is huge for us and state duals is a big thing. We take a lot of pride in that.

“We’re getting the pieces where they need to be and starting to get some consistent training, settling in and making adjustments."

One man's setback is another man's opportunity.

For Rusty VanWetzinga, the start of his sophomore wrestling season has been filled with obstacles.

One hundred years ago today, Mason City High School was a part of sports history.