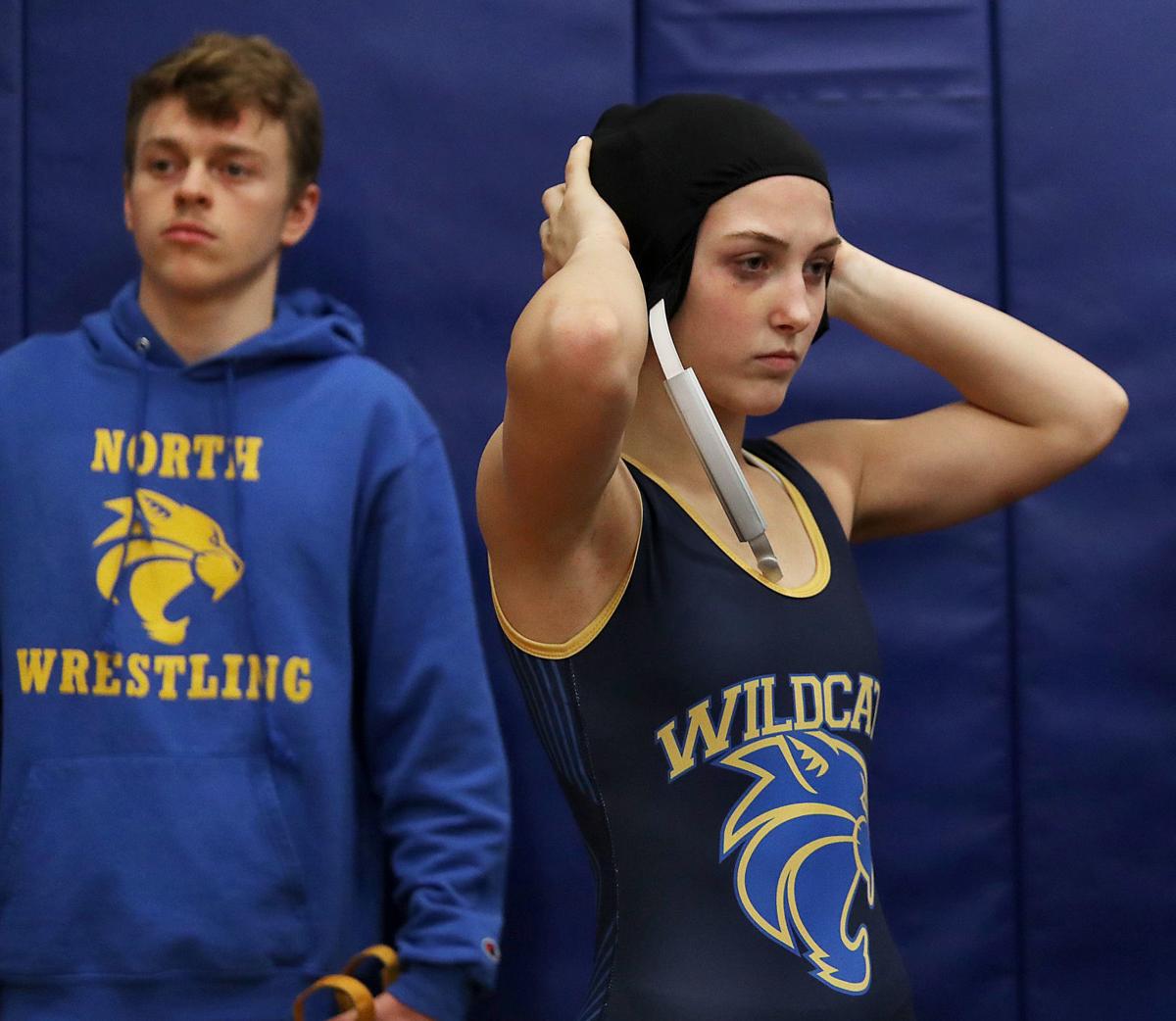 Davenport North's Tateum Park is among 112 girls scheduled to compete this weekend in the first girls state wrestling tournament. 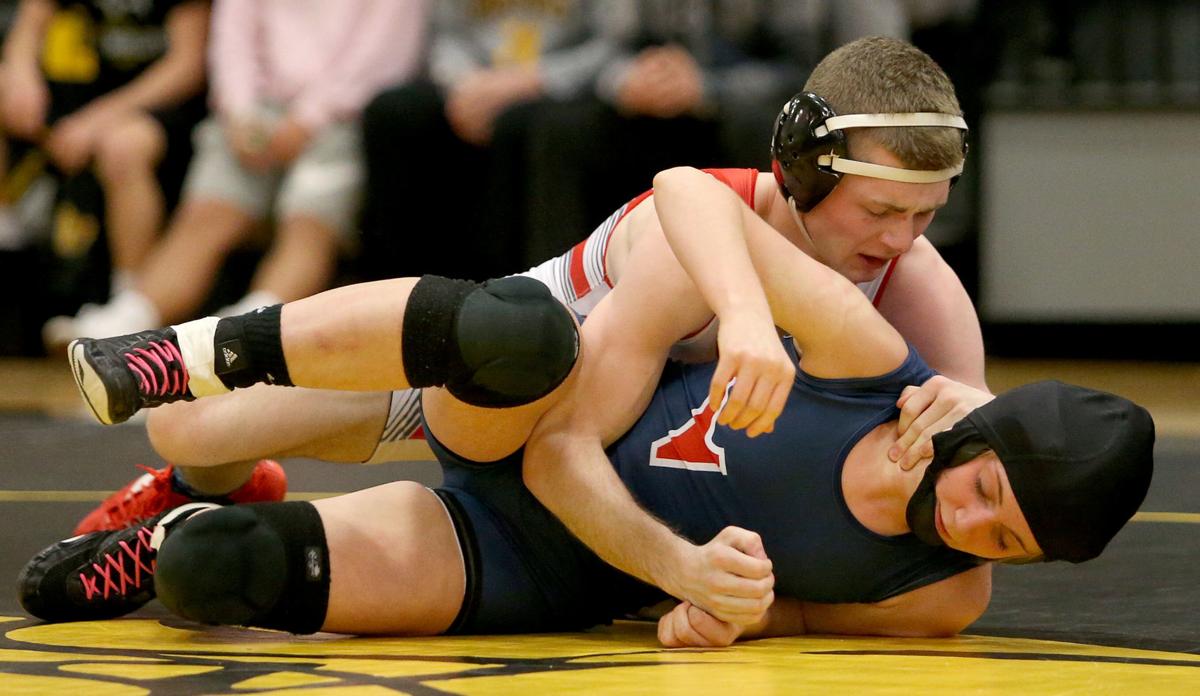 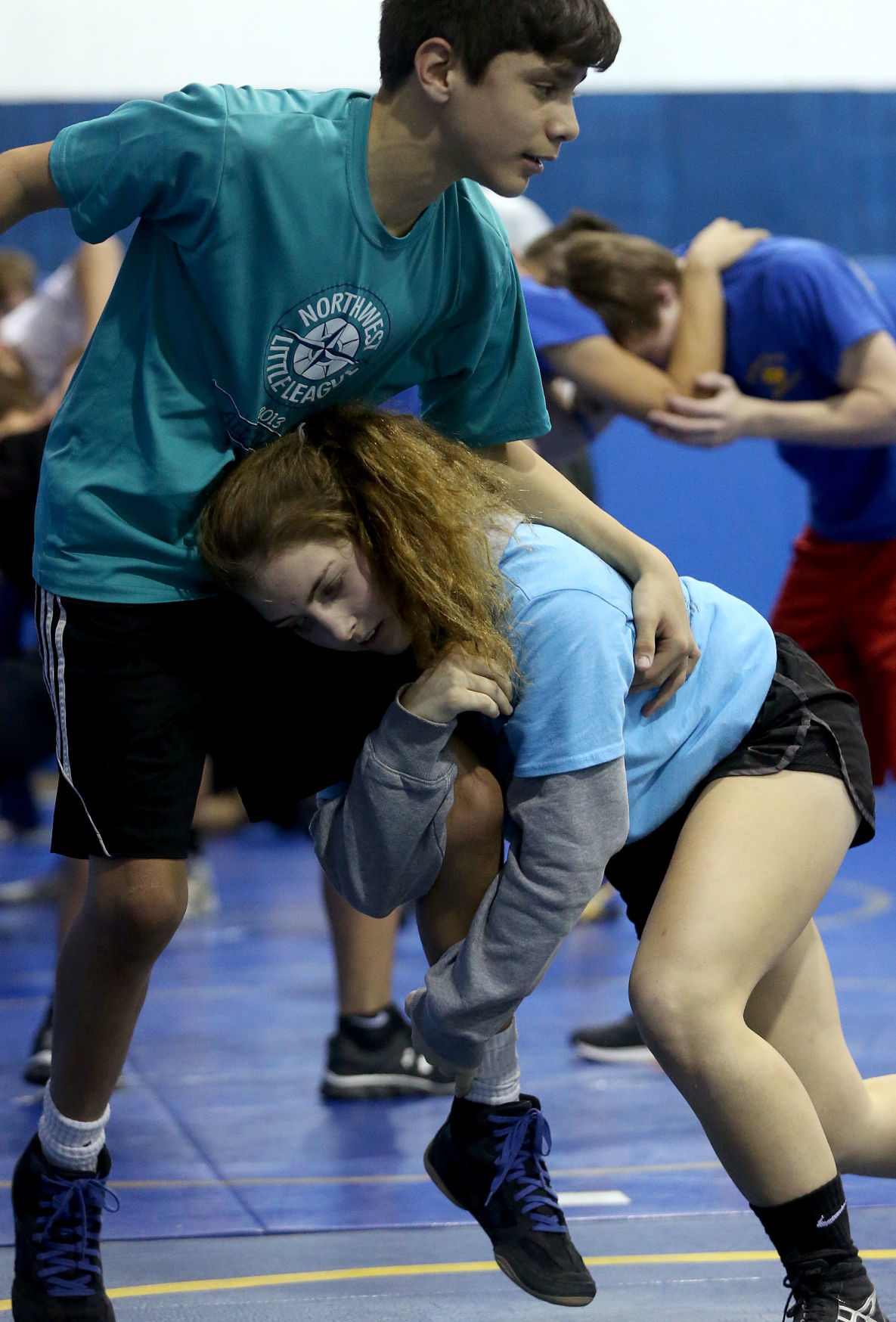 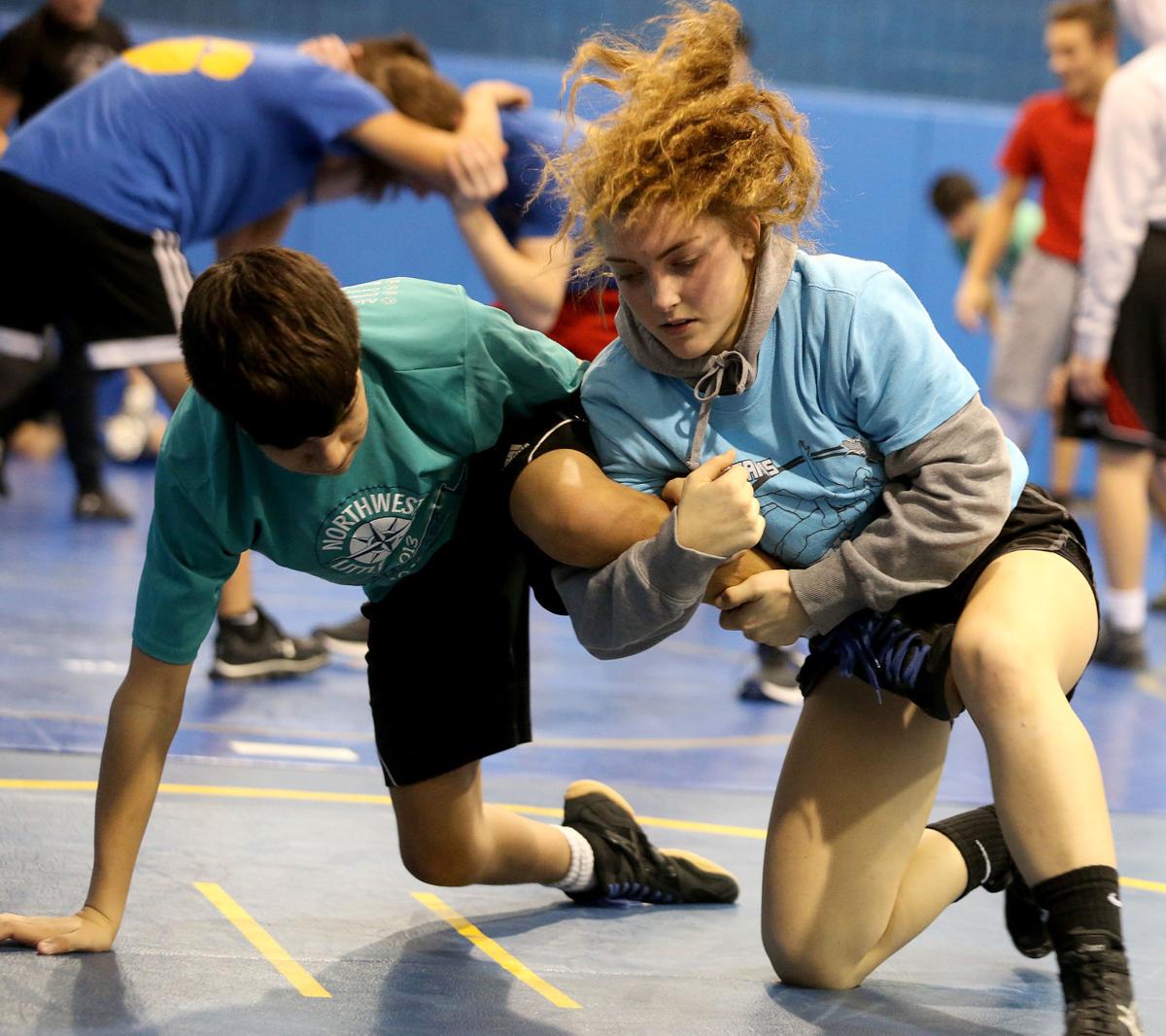 When Sydney Park heard the Iowa Wrestling Coaches and Officials Association was adding a girls high school state tournament earlier this month, she had a succinct reaction.

Park, a freshman at Davenport Central, is among 112 girls registered to participate in the inaugural state tournament Saturday at Waverly-Shell Rock High School.

The IWCOA will run the tournament, which was open to all girls competing on teams sponsored by the Iowa High School Athletic Association.

There will be several females from the Quad-Cities in the field.

Park, along with older sister and Davenport North junior Tateum Park, and Bettendorf freshman Ella Schmit are among the girls from the metro scheduled to participate.

"This is a really big step in girls wrestling," Schmit said. "This is really important and will draw a lot of eyes."

West Liberty's Alexis Partida, Maquoketa's Jade Armbruster, North Cedar's Ashlynn Miller and Wilton's Mea Burkle are among the other girls from the Quad-Cities area in the rankings.

"I feel like this is overdue," Sydney said. "I'm just super excited to have an opportunity to showcase what I'm capable of against other girls."

Iowa is often recognized as one of the leaders in high school wrestling. But when it comes to female wrestling, they're lagging.

"Iowa is getting closer," Sydney said. "We're closing the gap. At the same time, we're still behind because we haven't sanctioned it."

There is a difference between sanctioning girls wrestling and adding girls' divisions.

Sanctioning would create girls wrestling as its own sport, something the IHSAA can't do. It can implement girls' divisions to tournaments.

Statewide participation has soared in recent years. It has gone from 40 female wrestlers in 2013-14 to more than 160 this season.

"When I first started wrestling, there were very few of us showing up in practice rooms and tournaments," Tateum said. "Now, you see women around the country, around the world enjoying it just like the men.

"We just want those same opportunities."

As the numbers grow, it could reach a point where girls would have to qualify to reach the state tournament.

"If we can get to that point, it would be great," Tateum said. "It would make it that much more competitive."

Tateum admits the timing of the tournament is a "little odd." Conference meets are next weekend, followed by sectionals, districts and state.

"I think it would have been easier if they waited until after the high school season to have it," she noted. "There hasn't been a whole lot of time for us to get ready for it.

"Still, this is great for us to help grow the sport."

Schmit and the Parks have been wrestling against boys this season. Sydney and Tateum have been in Central's and North's lineup, respectively.

Schmit has been on the Bulldogs' junior varsity.

"Its like not I'm not used to wrestling guys, but it is difficult going out wrestling someone stronger and older," Sydney said.

Schmit has been wrestling for about six years. Involved with the Black Mambas national team, Schmit has traveled across the country competing. She's been to Europe for a tournament.

"I really like the sport," she said. "It teaches you a lot of stuff, a lot of life lessons. Everything in wrestling applies to real life."

The Parks have been competing in state and national events. Their father wrestled in high school at North, and their brother wrestled for a year.

Sydney said she wrestles in five to 10 national tournaments a year. She was seventh at the USA Women's Folkstyle Nationals in Oklahoma, participated in the Junior Olympics and went undefeated at the Disney for AAU Scholastic Duals.

Tateum also has put together an impressive resume. She is an Iowa High School Girls Freestyle Champion, an Adidas (Brute) National Champion and an AAU Girls State Champion.

"I didn't think I could like wrestling more than I do now," Tateum said. "The more I wrestle, the more I realize I love the sport.

"It has really helped me stay mentally prepared and made me mentally stronger."

Sydney is part of the Creative Arts Academy at Central. Tateum is in the dual graduation program at North, from which she will graduate with a high school diploma and an associate degree from Scott Community College.

They'll be rooting for each other this weekend.

"I'm still getting used to the whole team thing, but I like having the family focus," Sydney said. "I like having close family come with me."

Schmit said it would be memorable to win her weight class in its initial season.

"I'd be honored," she said. "This is history. I'm already part of it, but it'd be really cool to go up there and perform well."

They admit this tournament could loom large in the direction girls wrestling takes in Iowa moving forward.

"Taking the first step is huge," Sydney said, "to show other people what's out there. It is very important for the whole sport moving forward."

ALEDO — When he was hired for a second go-round as Mercer County High School's head wrestling coach this past summer, Jeremy Finch was more th…

Davenport North's Tateum Park is among 112 girls scheduled to compete this weekend in the first girls state wrestling tournament.