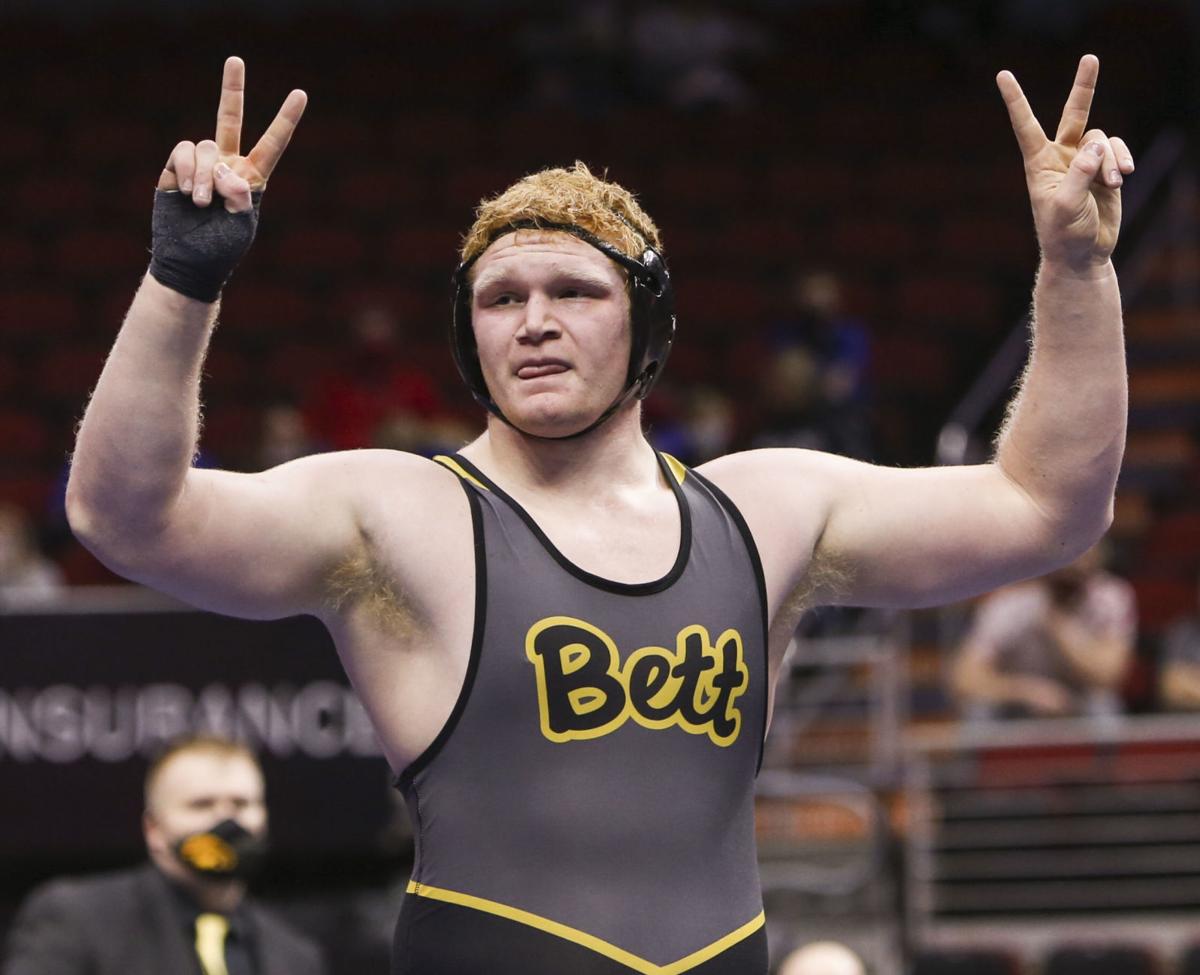 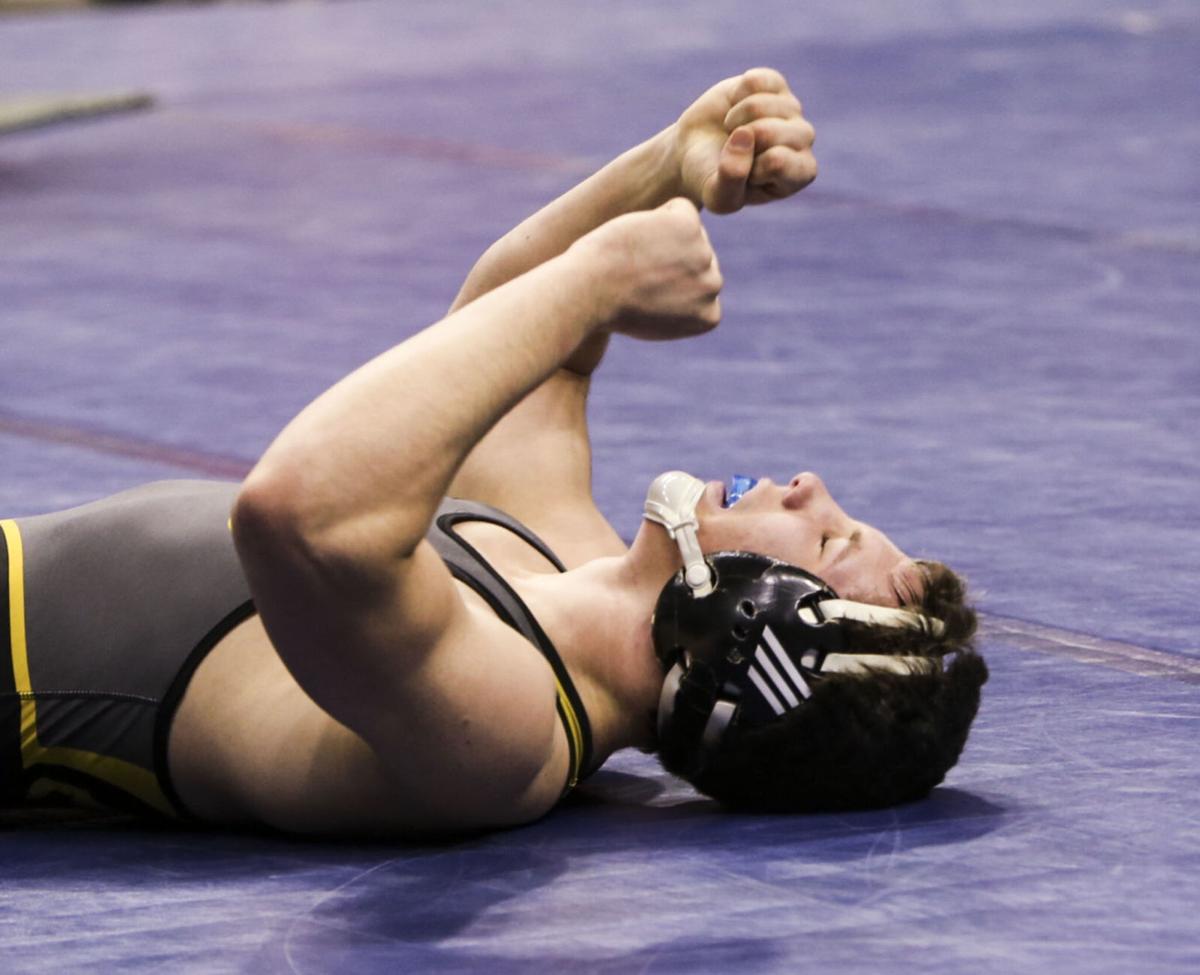 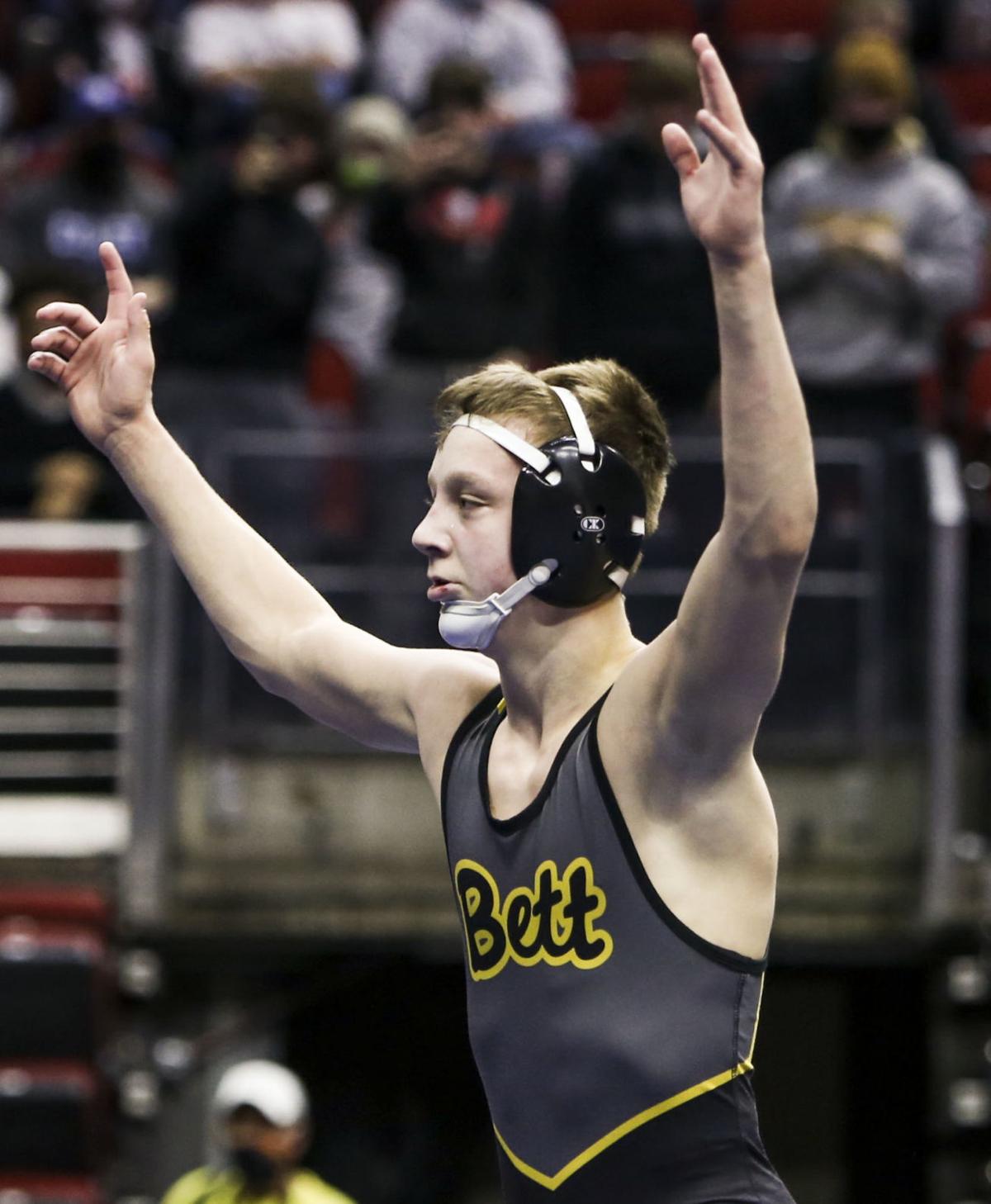 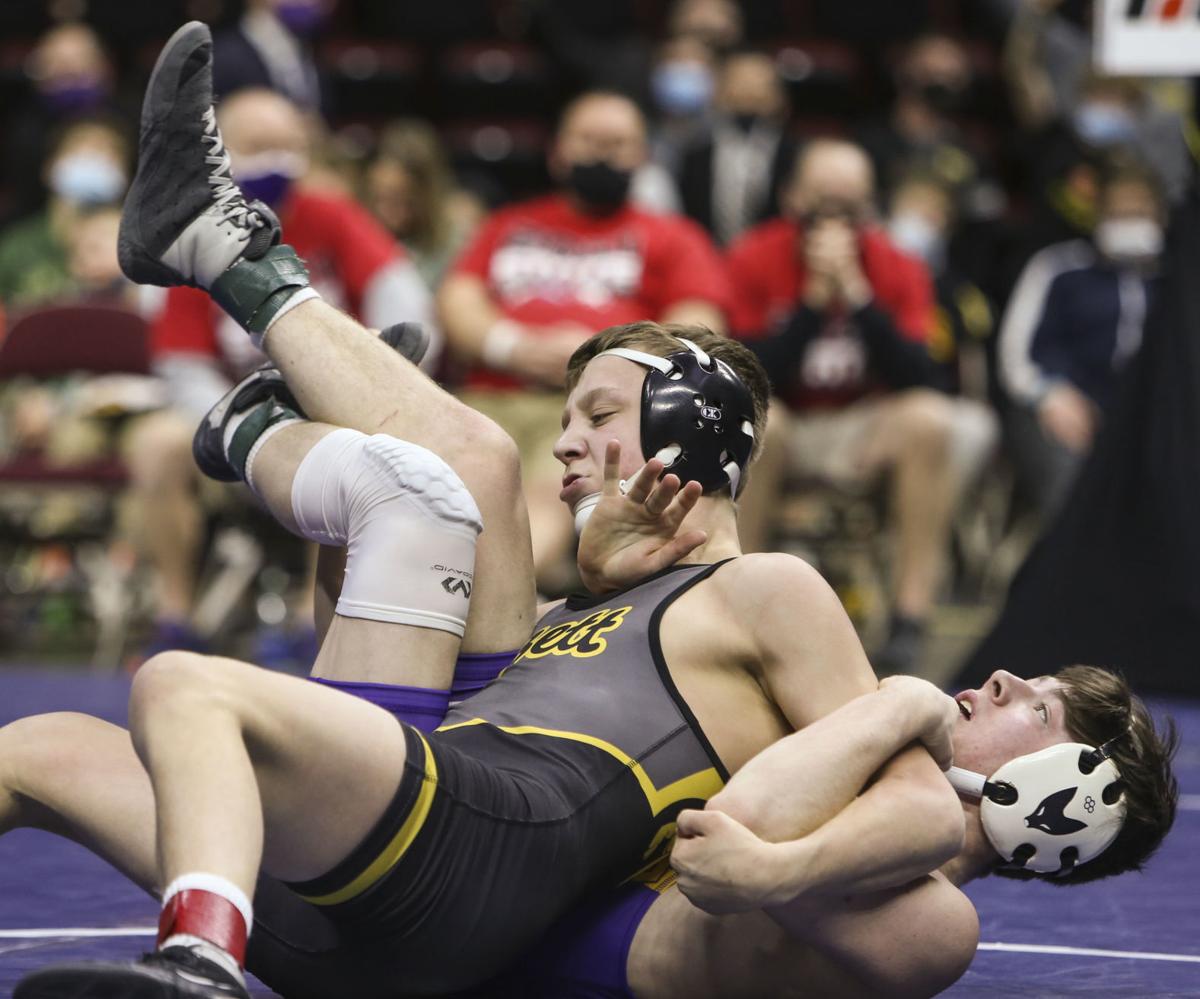 When Iowa recruit and the nation’s top-ranked 126-pounder Drake Ayala of Fort Dodge made the decision to bump up a weight class at the district tournament earlier this month, Bohren knew there was a golden opportunity for him.

“Drake is a super tough kid,” Bohren said. “I knew when he was gone, it was mine to take.”

And Bohren took it.

Sixth place as a freshman and fourth as a sophomore, Bohren rode two sets of back points to a 10-2 victory over eighth-ranked Thurman Christensen of Waukee in the 126-pound final.

“I wanted to keep the pace high, get after him and I knew I would have to turn him,” Bohren said. “I did that. I got it done.”

Bohren (28-2) allowed just four points in the four state tournament matches, an early takedown in the semifinals and a second-period reversal in the championship.

“I really felt the pressure coming in,” Bohren admitted. “Coming in as the No. 1 seed, everybody wants you. I got it done. I’m so proud of myself.”

“That was part of the plan,” Bohren said. “(Coach Dan Knight) has neck and back problems so I didn’t want to hurt him. So I figured I’d go for the assistant coach.”

There was another reason it was extra special.

“It seems like every year in AAU I got second — four times,” he said. “Every time I finished the season with a loss. This was the first time I finished it with a win. It is amazing.”

Hill, who fell two points short in the semifinals a year ago, capped off a 31-0 season with a 5-3 win over second-ranked Luke Walker of Waverly-Shell Rock at 220 pounds.

It was Walker’s second loss of the season, both coming to Hill by similar margins.

“It is everything I’ve been dreaming about since I was a little kid,” Hill said. “To have the heartbreaker last year in the semis, it feels good to finally be on top.”

Hill started the season at 195 pounds, but bumped up midway through the year. He knocked off Walker at the Midwest Shootout and followed with a win over third-ranked Kalob Runyon of Southeast Polk at the Ed Winger Classic.

“I was kind of indecisive about going to 220, but I feel like it was the right move,” Hill said.

More than 15 pounds under the allotted weight, Hill used his quickness to his advantage. He got in deep several times on Walker, getting a takedown early in each of the first two periods.

“I went into the match knowing what I need to do and knowing what I can,” Hill said. “I needed to get on my offense, get in on the legs and stick to my game plan.”

Liddle beat Ames’ Gabriel Greenlee in the finals for the second straight year at 285 pounds, 3-1.

Greenlee had beaten Liddle earlier this year in Urbandale by that same score.

“It means a ton to get revenge on him,” Liddle said. “All I’ve ever worked for is two titles. I’m just happier than ever to have us have three finalists and three state champions.”

Liddle (30-1) finished his career as a four-time state medalist and a three-time finalist. This one wasn’t easy as he’s battled thumb and shoulder injuries the past couple of seasons.

“It means a whole bunch to get after it and beat these guys with all these injuries,” said Liddle, who will play football at the University of Iowa next year.

The only takedown of the match came in the second period on the edge of the mat. It gave Liddle a 2-1 lead. After an escape to start the third, he fought off an attempt or two from Greenlee to secure the win.

“I knew I had to get it. It has been what I’ve been working on all season, getting in deep water every single day with Bradley Hill in practice.”

As a result, the Bulldogs have their 28th, 29th and 30th state champions in school history. It resulted in a fourth-place finish in the team race behind Waverly-Shell Rock, Waukee and Southeast Polk.

“I just want to see Bettendorf on top,” Liddle said. “Our program is on the way back up.”