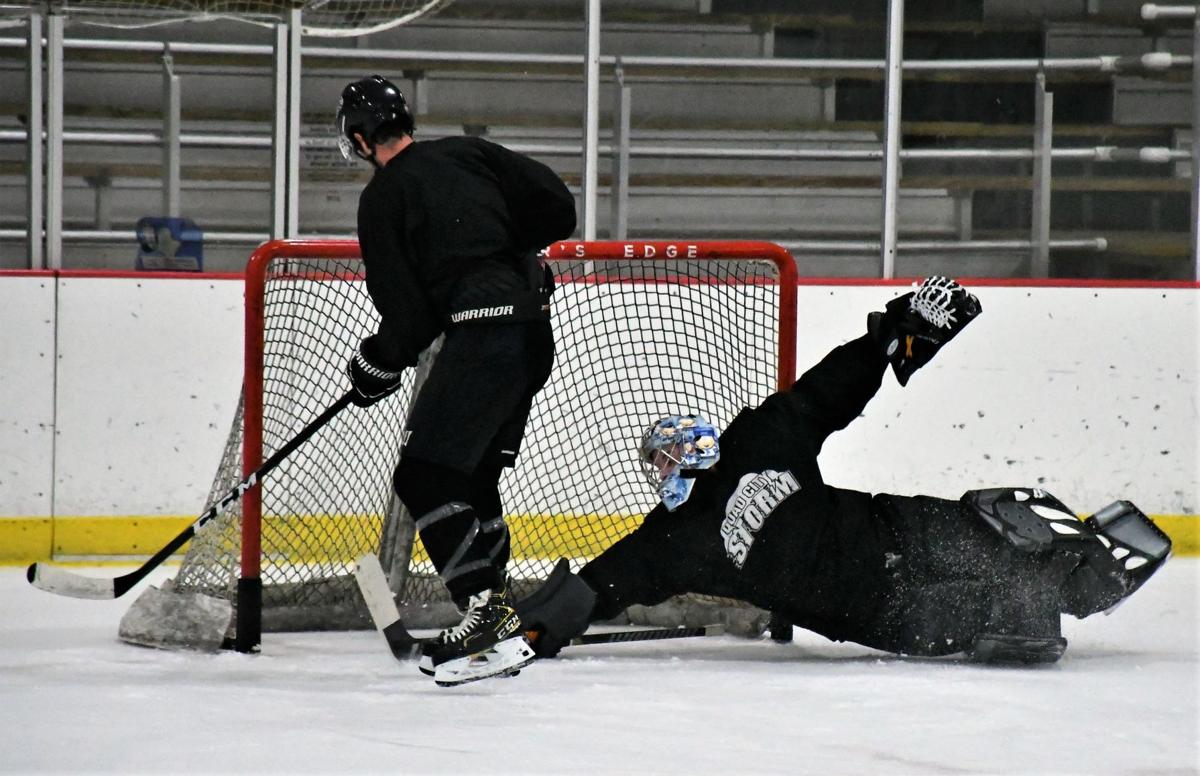 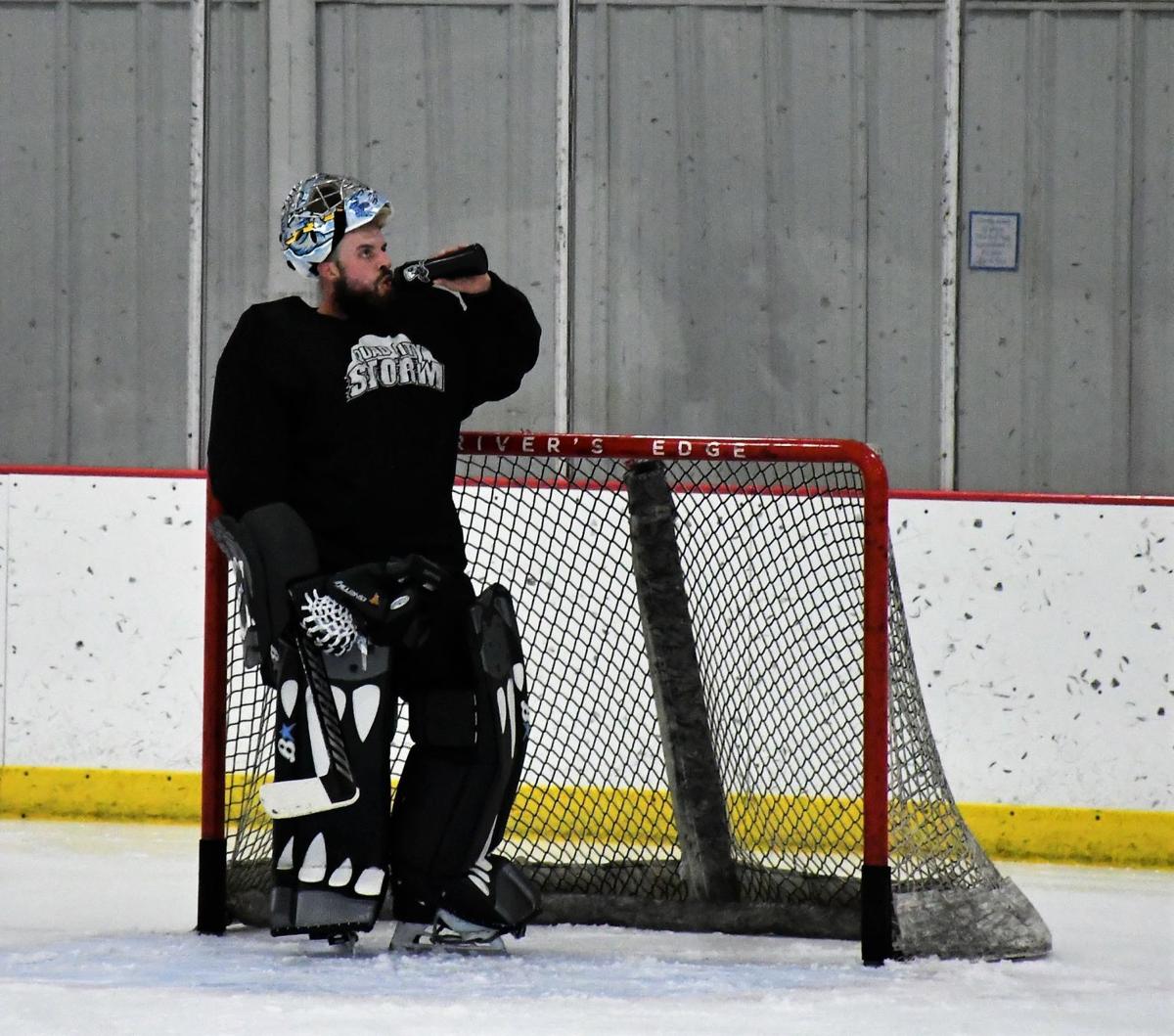 Entering his ninth professional season, Peter Di Salvo has played all over the country, including stops in Colorado, Texas and Florida.

He's fallen in love with the Quad-Cities.

"I feel like I'm back home," the Quad City Storm goaltender said.

When COVID-19 forced the Storm to sit out last season, Di Salvo was left looking for another team to play for.

He spent the year with the Knoxville Ice Bears and broke the SPHL career wins record, but he's excited to step back on the ice at the TaxSlayer Center Friday when the Storm play their first game in over 19 months in a season opener against Evansville.

"Anybody that knows my pregame routine knows I'm going to be pretty nervous, but that just means I'm ready to go," he said.

Di Salvo is the sole remaining player from the Storm's first opening night in 2018. He's played in 66 games with the Storm, going 22-33-4 with a 2.97 goals against average. He's helped provide stability to a team finding its footing in its first two years as an organization.

This year, he'll be sharing time with Bailey MacBurnie, whose rookie year was delayed due to the COVID-19 shutdown. It gives the Storm two goaltenders they feel they can win with.

"For me, it's confidence," head coach Dave Pszenyczny said. "That's something we're going to have to manage throughout the season. I think that's tough, especially when it comes to goaltenders and you're only playing on the weekend, and if you're only playing two games, you kind of go with who's hot. If it ain't broke, don't fix it."

While disappointed he couldn't play for the Storm last year as Illinois' COVID-19 restrictions forced the team to sit out this past season, Di Salvo made the most of his time in Knoxville. He went 10-6-4 with a 2.67 goals against average. He also etched his name in the record book as he recorded his 104th career win on March 28 with a shutout win over the Huntsville Havoc, passing Chad Collins, who played from 2004-10, for the most in SPHL history.

"Words don't really explain it," Di Salvo said. "After the game, my teammates wanted me to give a speech. ... I said, there's no words. At the end of the day, my teammates are the reason I have these wins. I can't score goals, I just make the saves and I get the win on top of that. Hats off to every teammate of mine that helped me get the wins and let's just get a couple more this year."

It's not a milestone Di Salvo ever envisioned achieving when he first turned pro.

The Beverly, Mass., native started his career back in 2013 with the Pensacola Ice Flyers. He spent his first two seasons down in the SPHL before earning call-ups to three different ECHL teams in the 2015-16 season. He played 15 total games in the ECHL across two seasons, and though he was 4-4-0 with a 2.97 goals against average in that league, he never earned an extended contract.

"When I first entered the SPHL, it was a fresh league in my mind and my goal was to keep moving up. I got my chances in the ECHL and I never stuck," Di Salvo said. "I decided to make a career in the SPHL and since I started my fifth season in Fayetteville, I just stopped taking call ups and decided to play hockey where I knew I was going to get playing time and have fun."

While it may not have been something he envisioned when he first turned pro, he can now look fondly back on the record, certainly a benchmark of a successful career.

"It looks good on the resume," he said. "It's hard to describe. It's an awesome feeling to be the Marty Brodeur of the league, with that many wins. ... It's a great feeling, bragging rights I guess you could say, too. At the end of the day, a record's a record, it's great to have and I'll always be proud to wear that and I'll bring it up when the time is right, but now, it's just about winning hockey games with the Storm."

It was a reminder of just what the organization means to Di Salvo, who is now 105-74-19 with a 2.77 goals against average in his SPHL career.

"I owe the last bunch of my career to Quad City," Di Salvo said. "The season before the first year, I didn't even know if I was going to have a job or not because of how the season went the year before. Just Chezy taking me on and making a name for myself here is that important to me. That's how important the Quad-Cities are to me because I found a new home here."

It's in his new home that Di Salvo has decided to call it a career, as he intends to retire at the end of the season.

He turns 31 next month, newly married and set to be a father in December, and wants to transition into the next phase of his career — coaching.

"I've always said to myself, I'm going to make it to the NHL one day and I know it's not going to happen playing," he said. "That sucks to say that, but at the end of the day, the next step for me to get there is by coaching, so that's the next goal."

Di Salvo won an SPHL championship his rookie season with the Pensacola Ice Flyers. With the knowledge that this year is his last, he'd love to bookend his career with another trophy, especially with the Storm.

"I want to finish on a strong note, finish like some of the greats have done ... I want to do something special with this group," he said. "Start strong and finish strong, can't ask for anything better than that."

As the Quad City Storm prepare to return to the ice, head coach Dave Pszenyczny faces a tough challenge this year.