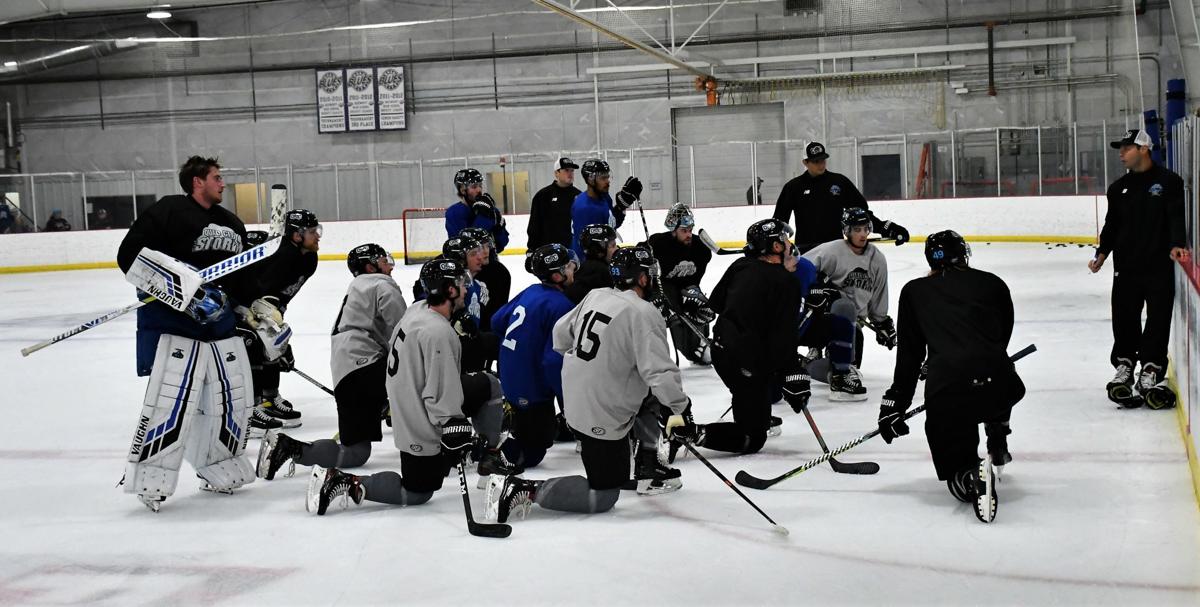 Quad City Storm head coach Dave Pszenyczny, right, talks to his team during the first day of training camp Saturday at The River's Edge in Davenport. 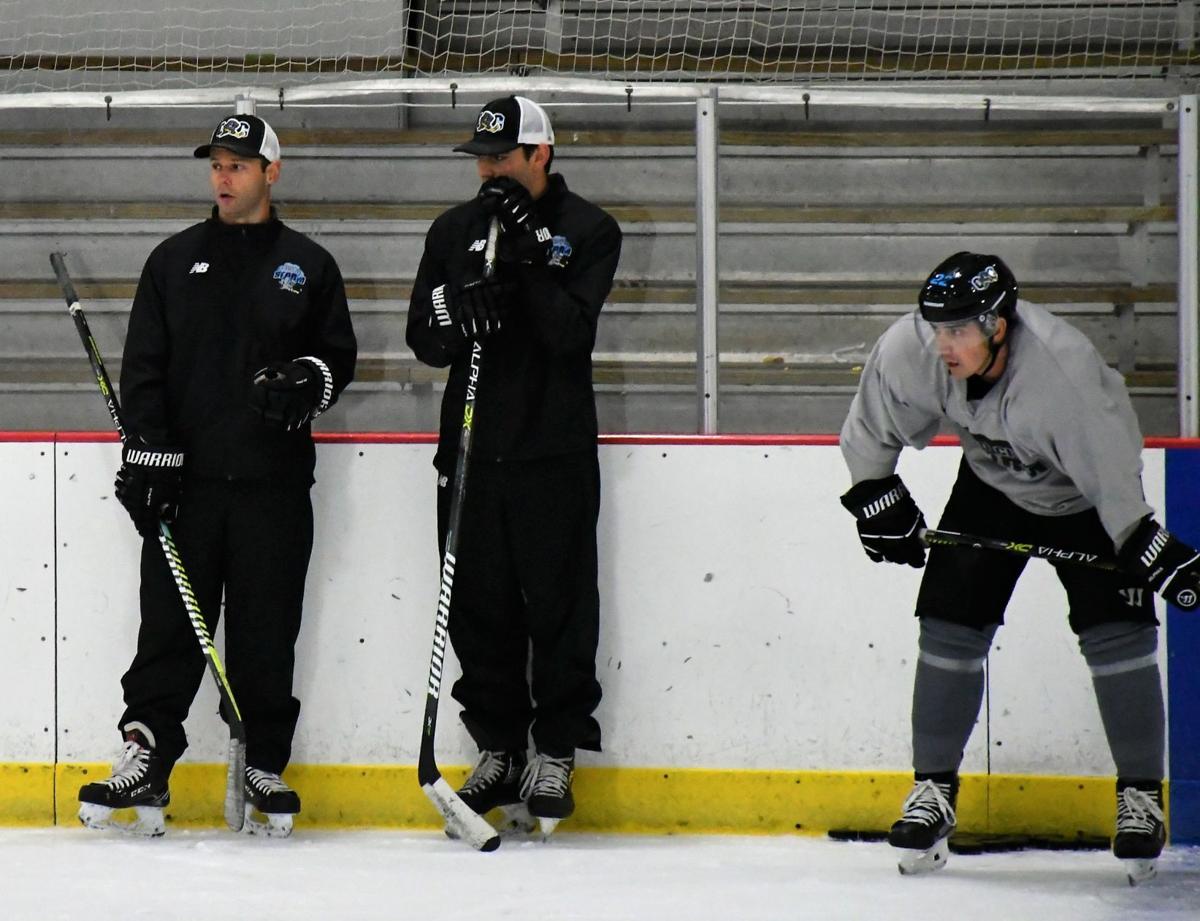 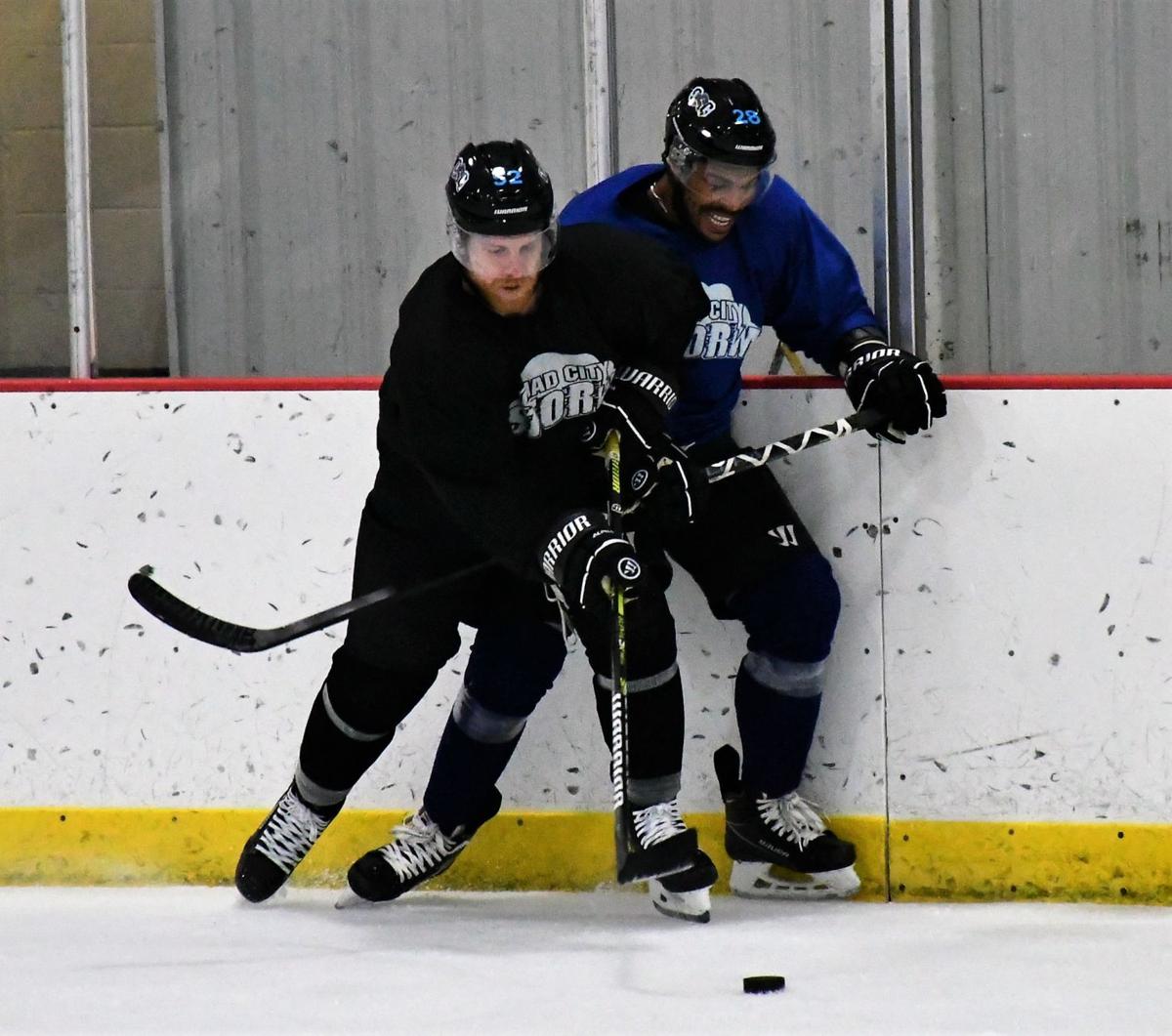 Quad City Storm owner John Dawson stood by the glass at The River's Edge Saturday, a smile on his face.

"It's great to have hockey back."

Those sentiments were evident throughout the first day of the Storm's training camp, as smiles were on the faces of the players and coaches, happy to be back on the ice.

It's been 19 months since the last professional hockey game was played in the Quad-Cities, the COVID-19 pandemic halting the 2019-20 season early and forcing the Storm to sit out the 2020-21 season due to Illinois' restrictions last year.

Now back, the Storm open the season Friday against the Evansville Thunderbolts at the TaxSlayer Center, and there's plenty of anticipation from those around the team.

"That's how I started my speech there on the ice," head coach Dave Pszenyczny said. "It's been a long time coming. ... I'd say (there's) gratitude. This was something that was taken away from them last year and ... you don't know (what you're missing) until you don't have it."

Because of the shutdown, several players didn't play last year, and it was up to them to stay in relative shape to be ready for the return to the ice.

Surprisingly, there didn't appear to be too many players out of gas following the hour-long morning session.

"I was actually working for FedEx, delivering, so I was running like 10 miles a day," said forward Shane Bennett. "I felt a lot better than I thought I was going to. It's still weird, getting the hands and feet working together again, but skating wise, my legs and lungs felt better than I thought they would."

The Storm are searching for their first playoff berth after missing the postseason in their first year in the SPHL. The Storm were in possession of the eighth and final playoff spot when the season was cancelled two years ago. Nine players from that roster are on the Storm's training camp roster, giving the team a nice base to build around.

"I think we've got most of our top guys back," said Bennett, who holds the franchise records for games played, goals and points scored. "I think all the guys we brought in so far look like they're going to be top players, too. Even today, I thought we looked pretty good as a team. I think we're going to have a pretty good season."

Along with the familiar names, there's also plenty of new faces, including four-year SPHL veteran Marcus Ortiz — who has 84 career SPHL points — and defenseman Dillon Fournier, a 2012 NHL draft pick who is coming out of retirement after dealing with shoulder issues early in his career.

It gives Pszenyczny a veteran group that knows how to match up with some of the league's best, including 16 games against the Peoria Rivermen, who have reached the finals three times since 2016.

"I believe we have a top contending team," he said. "It's really about just getting into the playoffs and we're fortunate enough we play against some of the top teams in the league every weekend. Take it as you want, that's our schedule, that's the road that's paved for us. We've just got to maneuver through it."

Quad City Storm head coach Dave Pszenyczny, right, talks to his team during the first day of training camp Saturday at The River's Edge in Davenport.