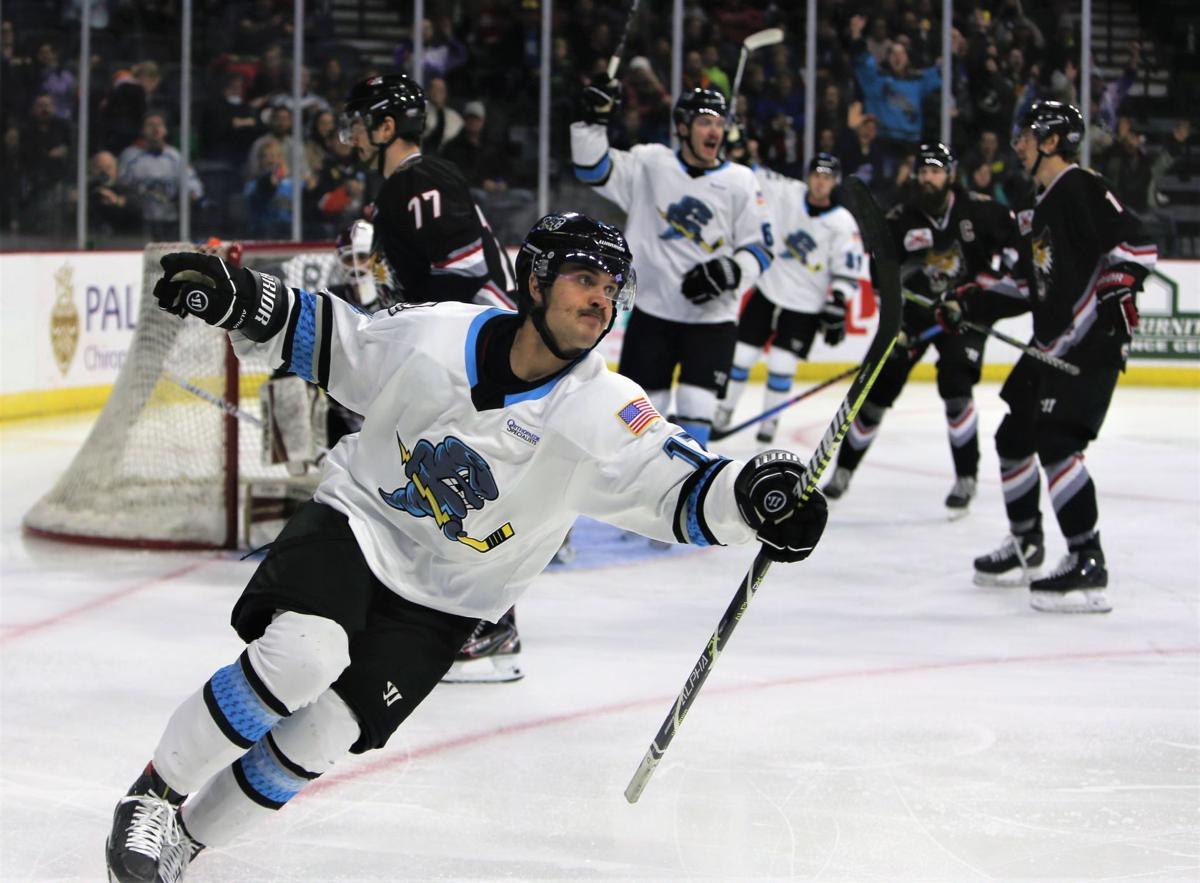 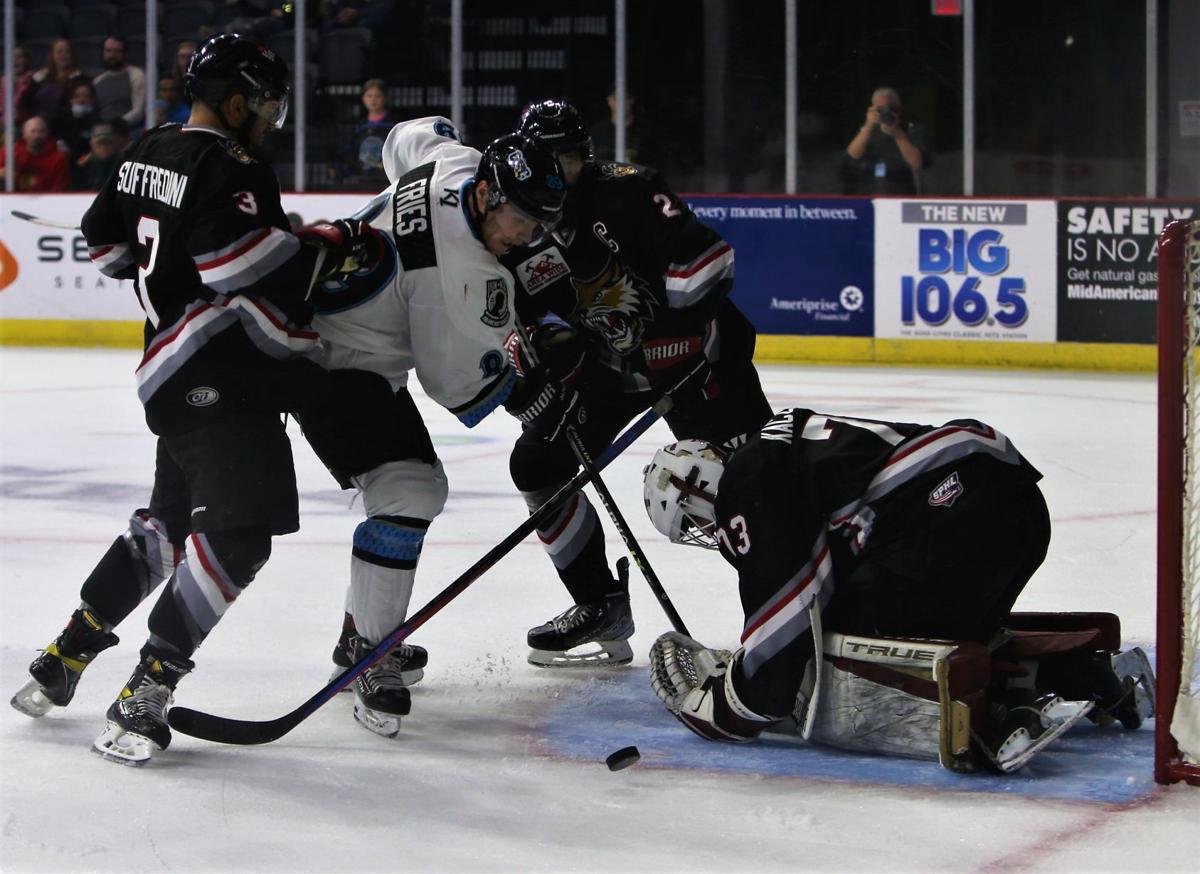 Quad City Storm forward Connor Fries tries to get to a loose puck before Vermilion County goaltender Corbin Kaczperski covers it during a game Saturday at the TaxSlayer Center.

A night after suffering their first shutout loss of the season to Peoria, the Quad City Storm bounced back against Vermillion County in a 5-1 win at TaxSlayer Center on Saturday night.

The Danville, Ill.-based Bobcats were coming off their first-ever franchise win in Wednesday’s 2-1 shootout victory over Peoria.

Storm coach Dave Pszenyczny was happy with how his team responded after challenging it following Friday's loss.

"Everybody came together tonight. We showed when we play that style, the way we're supposed to play, we're pretty dominant," Pszenyczny said. "And the end of the day, it's to compete, the tenacity and being fearless and sticking up for each other."

The Storm had to overcome a bit of adversity after the strong opening period.

The Bobcats cut the Storm lead in half in the second when Dante Juris was awarded his first goal after review. QC goalie Bailey Brkin made the initial stop before sliding backwards across the line. The goal stood after it appeared as if Brkin may have been pushed back by a stick from an opposing player.

Juris’ goal came on his only shot attempt through two periods.

After the more competitive middle period, Fries cleaned up a deflected shot to score his sixth goal of the season off a feed from Tommy Tsicos and Michael Moran. The power-play goal provided insurance as QC took a 3-1 lead.

Shane Bennett tacked on an unassisted goal with 7:10 to play after beating one defender and converting a breakaway goal. Benentt's goal came after he was shaken up from a hit earlier in the game. QC added another goal when a shot was deflected off Stang's skate and into the net from a feed from Rich Ledy and Carter Shinaruk. Shinaruk had two assists in the win.

QC held off the Bobcats in four power play opportunities while converting two of their three.

Converting two early goals helped feed one of the better home crowds of the season with a reported attendance of 2,850.

"The boys know that the support is there and if you put up the performance you will get it back from our fans and we just feed off each other," Pszenyczny said. "We've just got to keep this rolling."

The Storm return home to TaxSlayer next Friday and Saturday for a two-game series with Peoria.

Storm fall to Rivermen in OT

PEORIA — The Quad City Storm started the evening off on the right skate against the hosting Peoria Rivermen, but couldn't end it the way they …

Di Salvo — who is the SPHL's all-time wins leader — had been with the Storm since the franchise's first year in 2018.

Storm blown out by SPHL-leading Huntsville in season's first matchup

Quad City Storm forward Connor Fries tries to get to a loose puck before Vermilion County goaltender Corbin Kaczperski covers it during a game Saturday at the TaxSlayer Center.