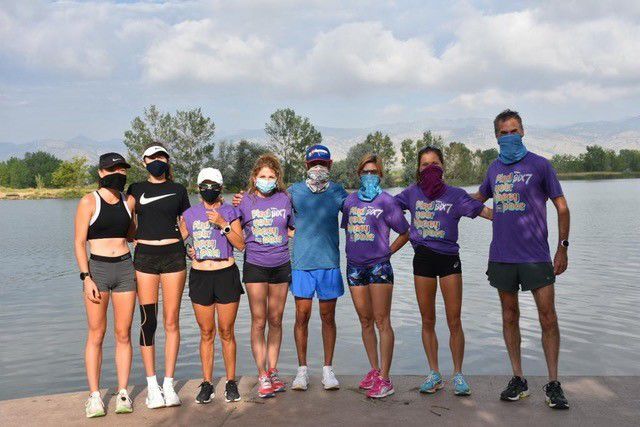 Running agent Brendan Reilly (right) and a handful of elite runners, many of whom have run the Bix 7 in the past, ran their own "Boulder Bix'' on Sunday. 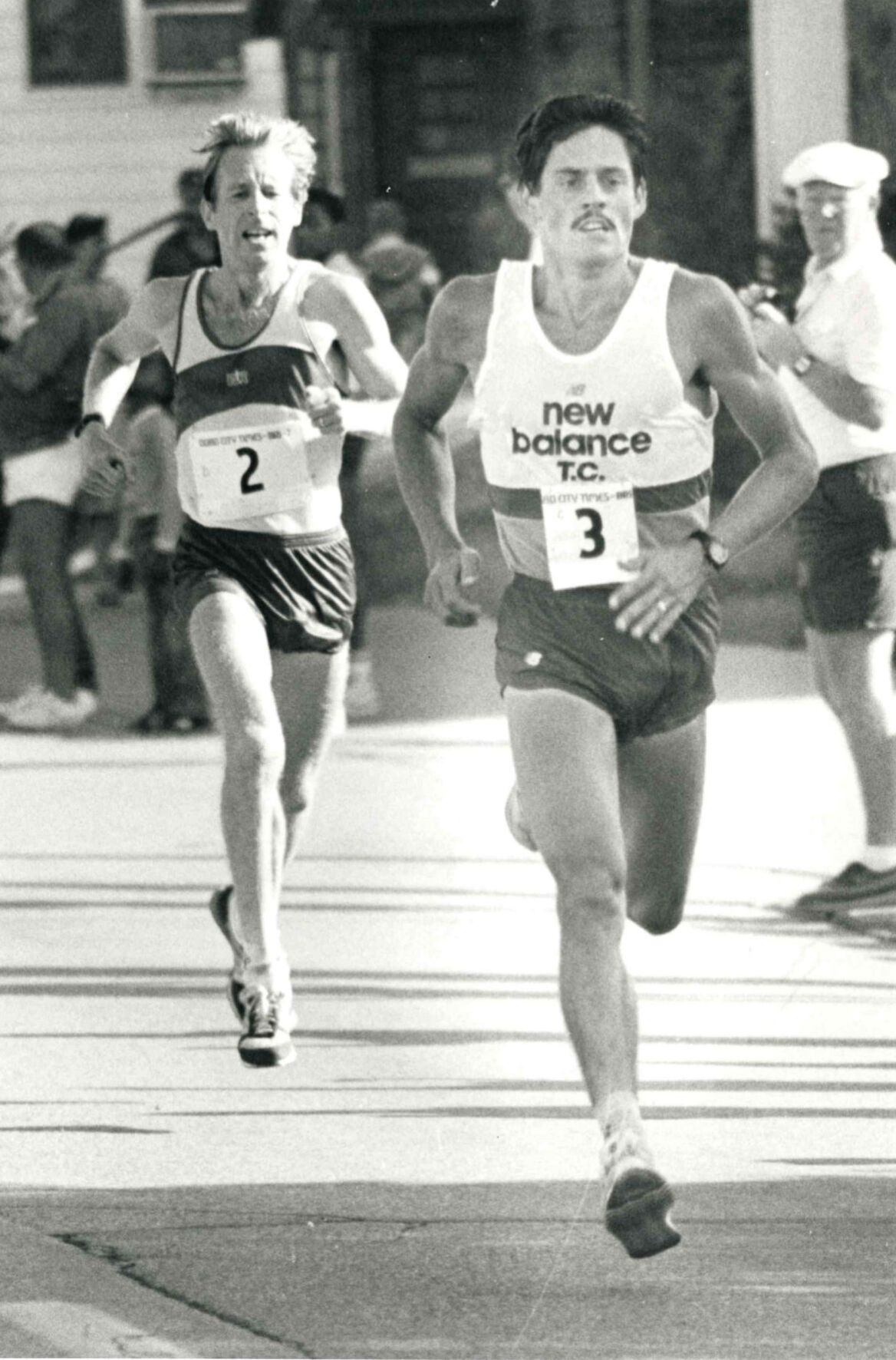 Mark Curp (3) outraces Bill Rodgers (2) to the finish line in the 1985 Quad-City Times Bix 7. Both runners are doing this year's Bix 7 on a virtual basis.

They say in times of trouble, you find out what sort of friends you have.

The Quad-City Times Bix 7 is finding out this summer that it has many friends among the elite runners who have competed in the annual race through the streets of Davenport during its first 45 years of existence.

Many of the race’s former champions, some of whom haven’t even been to the Quad-Cities in 30 years or more, are running the Bix 7 on a virtual basis, picking out a 7-mile course in their home area and doing their best to visualize charging up the Brady Street Hill.

They’re doing it because of the memories they have of running in Davenport and because of the role the Bix 7 played in their careers. The same thing is happening with some of the other major races around the country, which also have been forced into a virtual format because of the COVID-19 pandemic.

“These are the top races in the country so people are very passionate about them,’’ two-time Bix 7 champion Bill Rodgers said. “That’s a good sign that people care.’’

“Most races are going to the virtual world and it’s been a number of years since I participated in the Bix,’’ he said. “When I was given the opportunity, I thought it would be kind of cool.’’

At least 13 former champions are doing the virtual Bix 7.

A couple of those runners have continued to come back year after year. Rodgers has run the Bix 7 40 consecutive years and four-time champion Joan Samuelson, who holds the course record in three age groups, has missed only a couple of Bix 7s over that same span. Meb Keflezighi, the Bix 7 champion in 2002 and 2009, has run the race 10 times in the past 18 years.

Olaru is part of a contingent of elite runners who are clients of running agent Brendan Reilly who gathered together to run a virtual Bix together on Sunday morning near Boulder, Colo. They finished up by taking a dip in Boulder Creek.

Former University of Iowa runner Diane Nukuri, another Reilly client who is a three-time Olympian and has four top-10 Bix finishes, ran her own virtual Bix near Flagstaff, Ariz.

“This began from conversations between (elite athlete coordinator) John Tope and me back in May,’’ Reilly said. “We had originally planned for (Kenya's Edna Kiplagat), Lindsay and Diane to compete in this year’s Bix. I offered to John to maybe have those three women do a virtual Bix in some fashion.’’

But then he realized that Olaru, Dita and Plaatjes also had done very well on previous visits to Davenport. So they all decided to get together and honor a race that had been a part of their careers.

Others who are doing the virtual Bix include Olympic marathoner Jared Ward; Benji Durden, a member if the 1980 U.S. Olympic team; Maor Tiyouri, who represented Israel in the 2016 Olympic marathon; Bart Yasso, the former “Ambassador of Running’’ for Runner’s World; Cherry Blossom 10-miler race director Phil Stewart, who helps out as an announcer at the Bix 7 each year; and a handful of other up-and-coming runners who have yet to make their mark in Davenport.

The 61-year-old Curp, who held the U.S. record in the half marathon for 22 years, still lives in his hometown of Lees Summit, Mo., and will do his virtual Bix there.

After more than 20 years of working in the corporate world, he is easing into retirement by doing some coaching at the local high school and working part-time at Home Depot, indulging in a lifelong love of construction and carpentry.

However, he still runs for fitness and was intrigued by the idea of doing the Bix again albeit in a different way.

Like the other elite runners, he has carved out his own, unique 7-mile course. He said there is a trail along an old Rock Island rail line in Lees Summit that has a few hills and best of all, has an abundance of trees to block out the blazing Missouri sun.

He said he still has cherished memories of pounding the pavement in Davenport all those decades ago.

“That always was one of my favorite races,’’ Curp said. “I was more of a strength runner so the hills suited me well, more so than some runners. I won some close competitions in the race and the people were great. I enjoyed the camaraderie with the runners.’’

Inside Pitch: Cards stopped slide with sweep of Marlins, but need help to improve 16-28 record against above-.500 clubs

Inside Pitch: Cards stopped slide with sweep of Marlins, but need help to improve 16-28 record against above-.500 clubs

Bix Block Parties is a series of parties put on by local businesses over Bix weekend.

Running agent Brendan Reilly (right) and a handful of elite runners, many of whom have run the Bix 7 in the past, ran their own "Boulder Bix'' on Sunday.

Mark Curp (3) outraces Bill Rodgers (2) to the finish line in the 1985 Quad-City Times Bix 7. Both runners are doing this year's Bix 7 on a virtual basis.