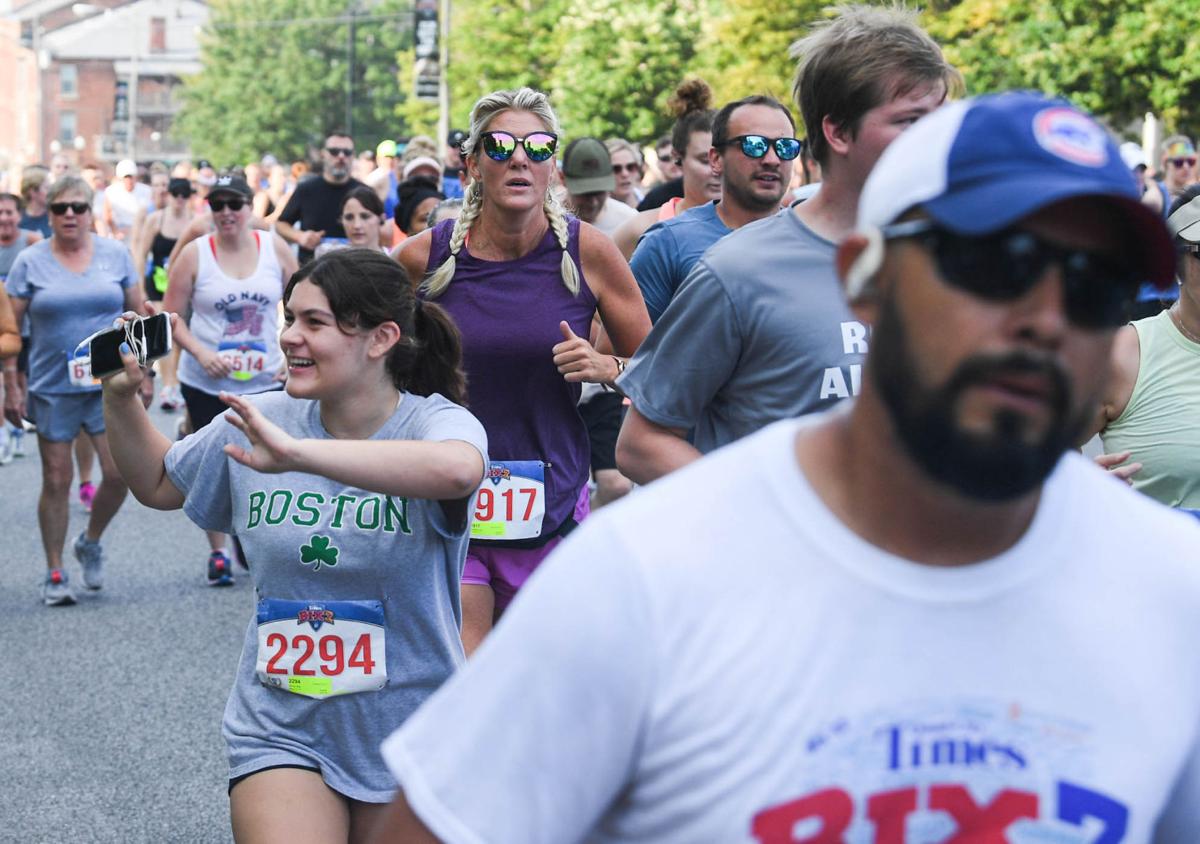 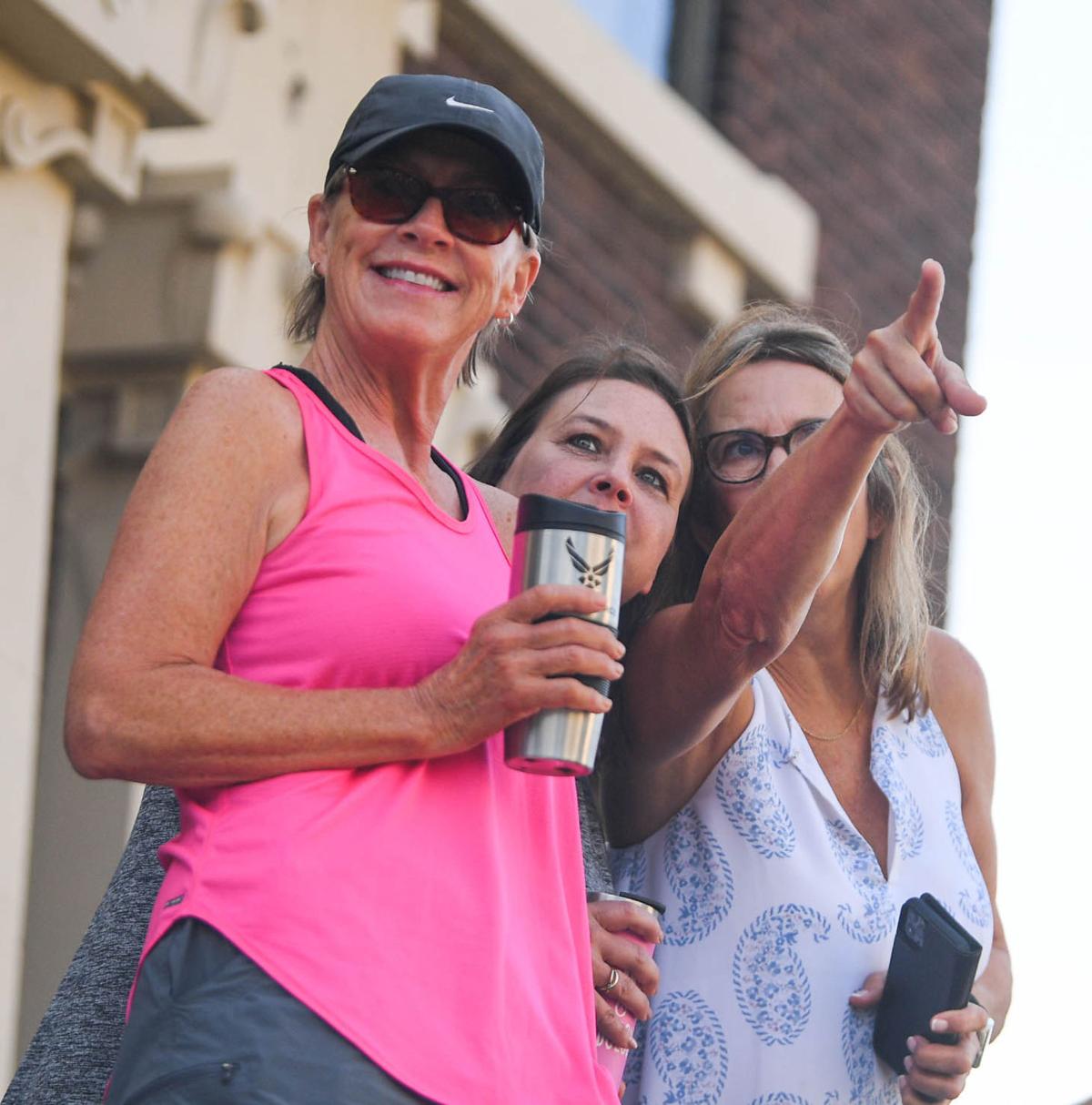 Hundreds of spectators lined both sides of Brady Street at the starting line of the 47th annual Quad-City Times Bix 7 road race as temperatures crept toward the 80s beneath a cloud-speckled sky.

Ten minutes before the race was set to begin, the field of elite runners took their places behind a colored pennant and did last-minute stretches and eyed their competition. The remaining thousands of runners stood separated behind an orange mesh fence, shoulder to shoulder, taking up two city blocks.

The Blue Grass American Legion Post No. 711 lined up with the Davenport American Legion color guard, and stood at attention with flags in their hands. Atop a large grandstand, the smooth voice of Jack Carey boomed over the crowd as he sang the national anthem.

Tears welled up in the eyes of Bix volunteer Rachel McCaughey as she stood with her hand over heart, mouthing the words. McCaughey said it was her third year volunteering. She has run the 7-mile race eight times as a young adult. Less than an hour later, McCaughey was seen handing out ice-cold water bottles to tired runners at the after-race party and spraying the crowd and fellow volunteers with water.

Promptly at 8 a.m., Quad-City Times Publisher Debbie Anselm shot the starter pistol and thousands of runners made their way up Brady Street to the sound of pumping dance club music.

At the back of the pack, Palmer College of Chiropractic students wearing the famous walking spine costume made their way up the hill as four men dressed in Elvis costumes greeted spectators with winks and poses.

The crowd cheered, welcoming back another Bix.

Before the start of the 45th Anniversary Quad-City Times BIX7 in downtown Davenport, Iowa Saturday, July 27, 2019.