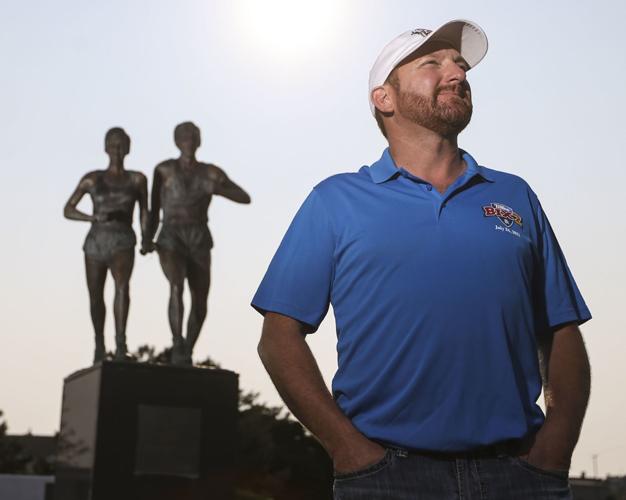 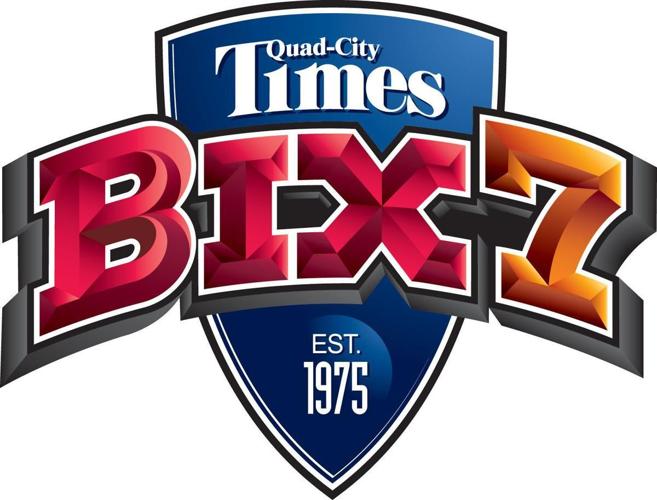 Brian Harris is used to driving behind the pace car, not operating it.

“I’m usually on the other side, driving the race car,” Harris said with a laugh.

The race car driver and trucker will need to watch his speed rather than rev it up when he drives the pace car at Saturday's Quad-City Times Bix 7.

Ever since he was 12 years old, Harris has been involved with the Bix. He’s handed out water, built lane partitions, and actually ran the race 10 times.

While he doesn't run the Bix anymore, the family tradition has continued with his daughters, who also volunteer. He said they're just as excited about him driving the pace car as he is.

“It’s been a big part of our summers for many, many years,” Harris said.

The pace car drives ahead of the runners on the Bix route, sirens blaring to keep the audience and runners near the end of the pack out of the way of those at the front.

A self-described "adrenaline junkie," Harris first got into the world of racing with go-karts at age 7. Throughout the years he's advanced to different types of cars, racing for his father's team, then Performance Racing. He now races part-time for C&W Trucking and Sons Inc., and works in transport for the company as well.

Harris will take over the pace car position from the late Donny Wachal, who died from complications due to COVID-19 in April 2020.

Wachal was friends with Harris' parents, and took him to some races when he was younger. As Harris dove into racing Wachal was always a big supporter, sponsoring his father's team and cars he's driven. Wachal owned bar/restaurant The Filling Station.

Harris said he's honored to step into the role of the man he so admired.

"He was a stand-up guy," Harris said.

Race director Michelle Juehring said Harris’ experience with both driving and the Bix made him the ideal candidate to drive the pace car, and his connection to Wachal made this decision mean even more.

“It was a natural choice,” Juehring said.

Former race director Ed Froehlich said there won't be a memorial for Wachal at the race, as so many people have helped with the Bix that could be recognized that it's impossible to single every one out.

Don "Donny'' Wachal, the man who presided over Davenport's Filling Station bar/restaurant for 50 years, has died due to complications from the…

Racing has placed Harris in plenty of stressful situations, so he's not worried about driving the pace car. He'll be concentrating on the racers, the crowds and the officials, with another person in the passenger seat to serve as a second pair of eyes.

He is a little nervous about getting emotional during the race, but Harris is sure he wants to keep pace for the runners in the years to come if he gets the chance.

"It's going to be emotional, with a lot of reminiscing about all the time that I got to spend with [Wachal]," Harris said, "and also me filling his shoes."

The six kids clustered in the foyer at first, a handful of hesitant, half-sized people, but Laura Luciani, of the YMCA, soon had them in hand …

After years of prohibition, boxing gains popularity among women in Libya 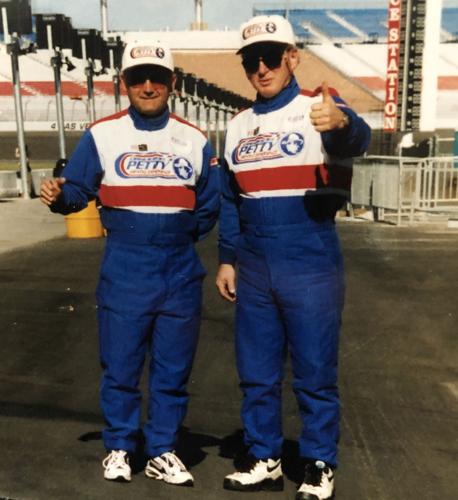 Donny Wachal stands with Brian Harris' father, Allen Harris, for a photo. Wachal died of complications due to the coronavirus in 2020.