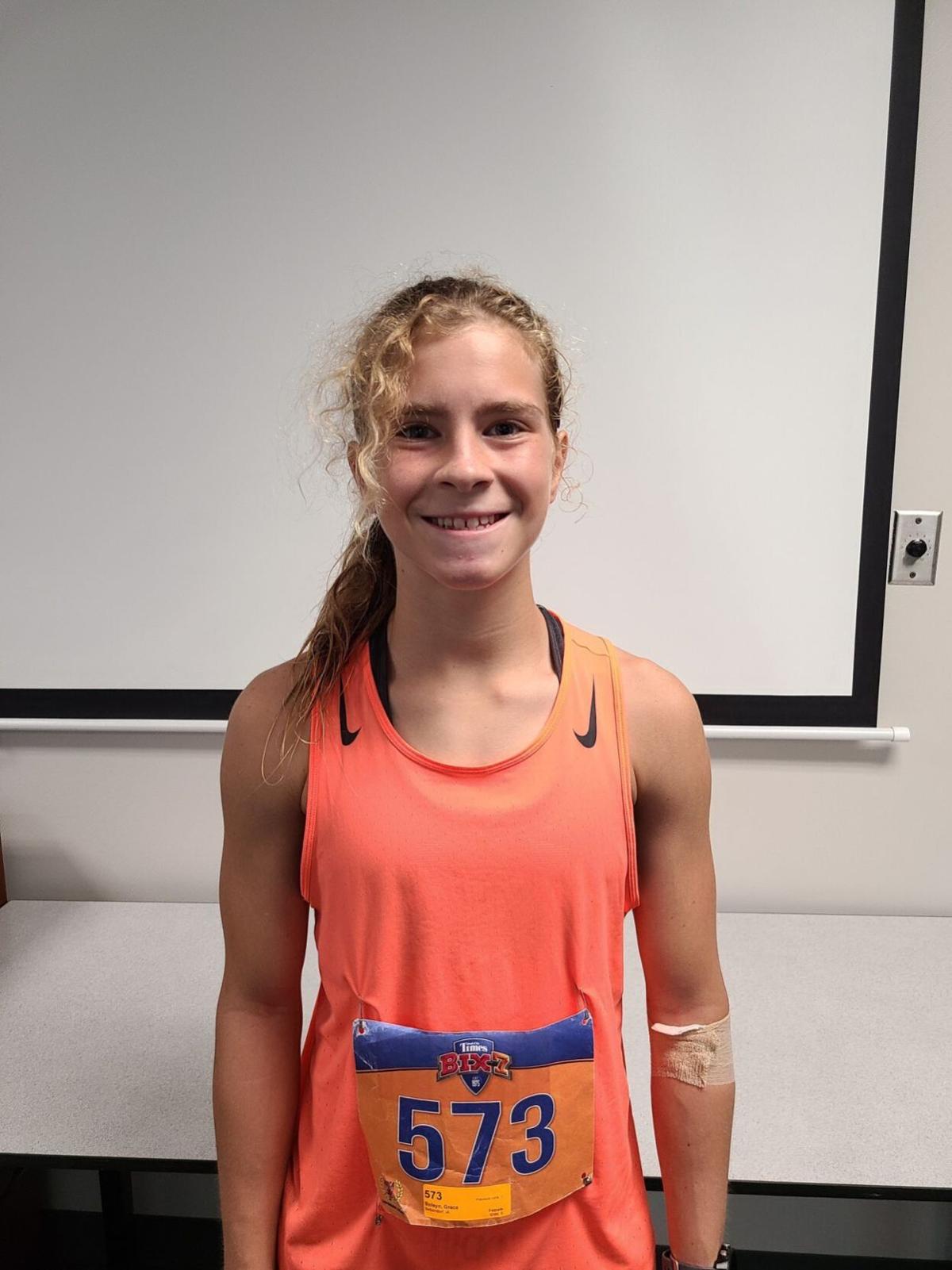 Pleasant Valley High School incoming freshman Grace Boleyn is pictured after finishing the Quad-City Times Bix 7 as the top female high school finisher with a time of 47:01 on Saturday. 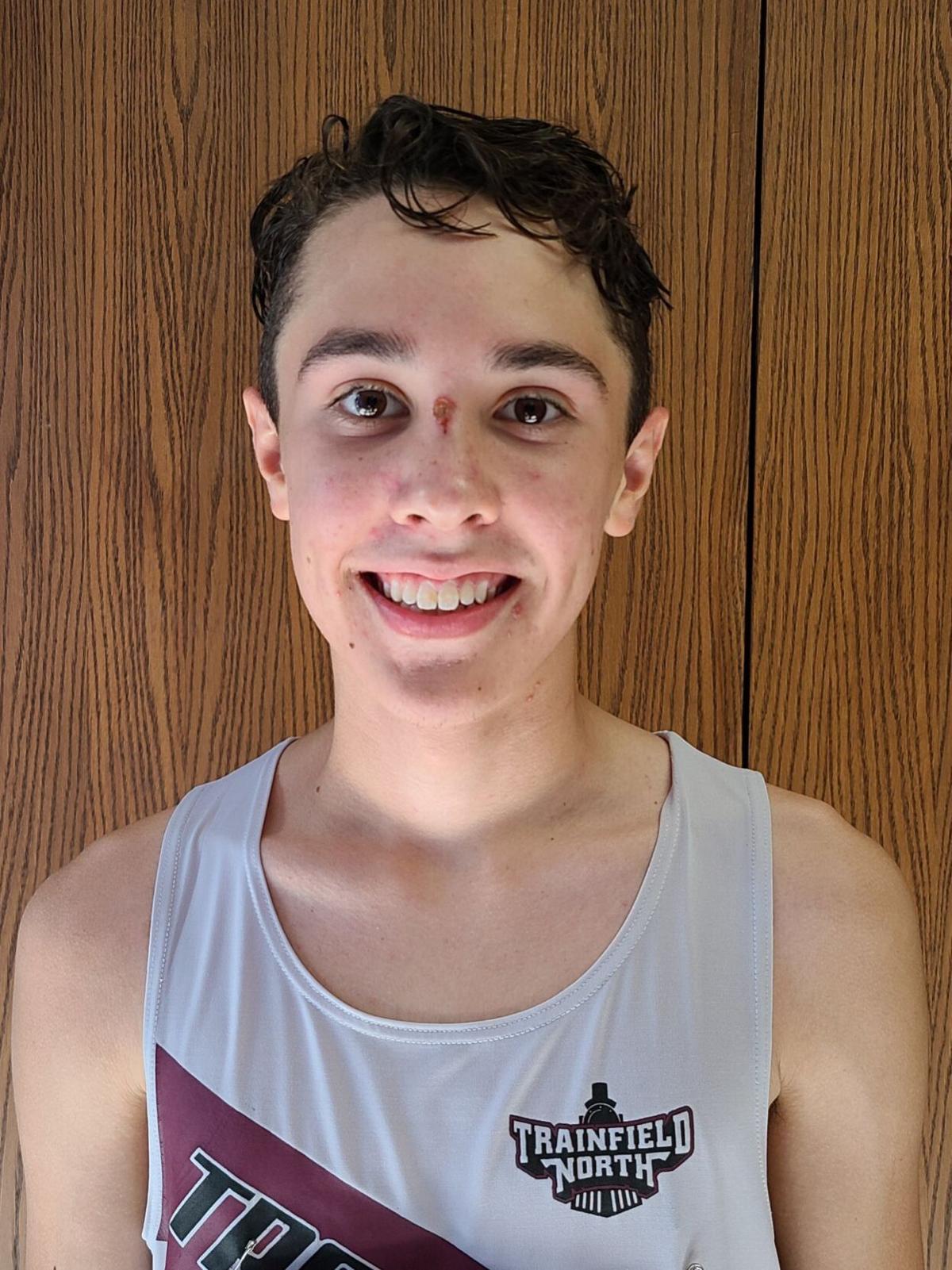 Plainfield North incoming junior Oliver Burns is pictured after finishing the Quad-City Times Bix 7 as the top male high school finisher with a time of 37:49 on Saturday.

The 14-year-old ran the seven-mile race through the streets of Davenport in 47 minutes, 1 second to earn the honor in her first time running the Bix. Her time was the seventh-best among females outside the elite runners.

Oliver Burns of Plainfield North was the top high school male finisher with a time of 37:49. The 16-year-old, entering his junior year, finished 25th overall with the 12th-fastest time among males not in the elite division in his first time running the Bix 7.

Each high school of the respective division winners receives $1,000 for their wins.

Grace said it was easy to start fast with her adrenaline pumping. The uphill climbs were otherwise not so friendly.

She said she was shooting for a seven-minute mile pace. She bested that with a pace of 6:43 per mile.

“I’m really happy with that time, I did not think I could go that fast,” she said. “I saw the hills and I’m like, those are pretty big. This hurt more than any race I’ve ever run I think.”

She’s been training with the PV cross country team this summer after some standout years in middle school. She set junior high state records in the 1500 (4:44.37) and 800 (2:16) during track season as an eighth-grader.

“There was a guy on the course and he was saying there was like five girls in front of you,” she said. “I was like, oh, OK, I’m just running at this point. I did not think I was going to win the high school challenge by any means, because it’s a huge race.

“I was just coming out to participate in it because it’s such a fun community event,” Boleyn said. “I was not planning to really race it at all, but it was good.”

Boleyn chose cross country over volleyball when she started junior high, a decision that has led to success to this point.

“High school, it’s a big step. There’s a lot more runners, there’s a lot of really good athletes in high school,” she said. “I think right now I’m in a good spot, putting in the work, and I’m excited to see what comes.”

Burns had done the Quick Bix in the past before making his Bix 7 debut Saturday. He runs cross country and primarily the 1600 and 3200 in track.

He leaned on his training during track and cross country season to push through fatigue on the hot Saturday morning.

“I was feeling a bit tired throughout most of it, but then I go back and think of all the training I’ve done throughout my past cross country season and the summer,” he said, “and of all the coaches I’ve worked with throughout those times as well. And then I say, I’m gonna do it for them. I’m gonna improve or do really well.”

He also placed third in the 3200 at the Class 3A Rock Island Sectional with a personal-best 9:32.27, missing the state qualifying time by three seconds.

Being able to see elite runners just ahead of him on Saturday was motivating as he navigated his run. He hopes to run at a Division I college, which led him to increase his distances.

“I decided, you know what, I’m going to start running 10Ks and farther and see how I do in those,” he said, “so I can kind of judge where I’ll be when I get to a college.”

Pleasant Valley High School incoming freshman Grace Boleyn is pictured after finishing the Quad-City Times Bix 7 as the top female high school finisher with a time of 47:01 on Saturday.

Plainfield North incoming junior Oliver Burns is pictured after finishing the Quad-City Times Bix 7 as the top male high school finisher with a time of 37:49 on Saturday.