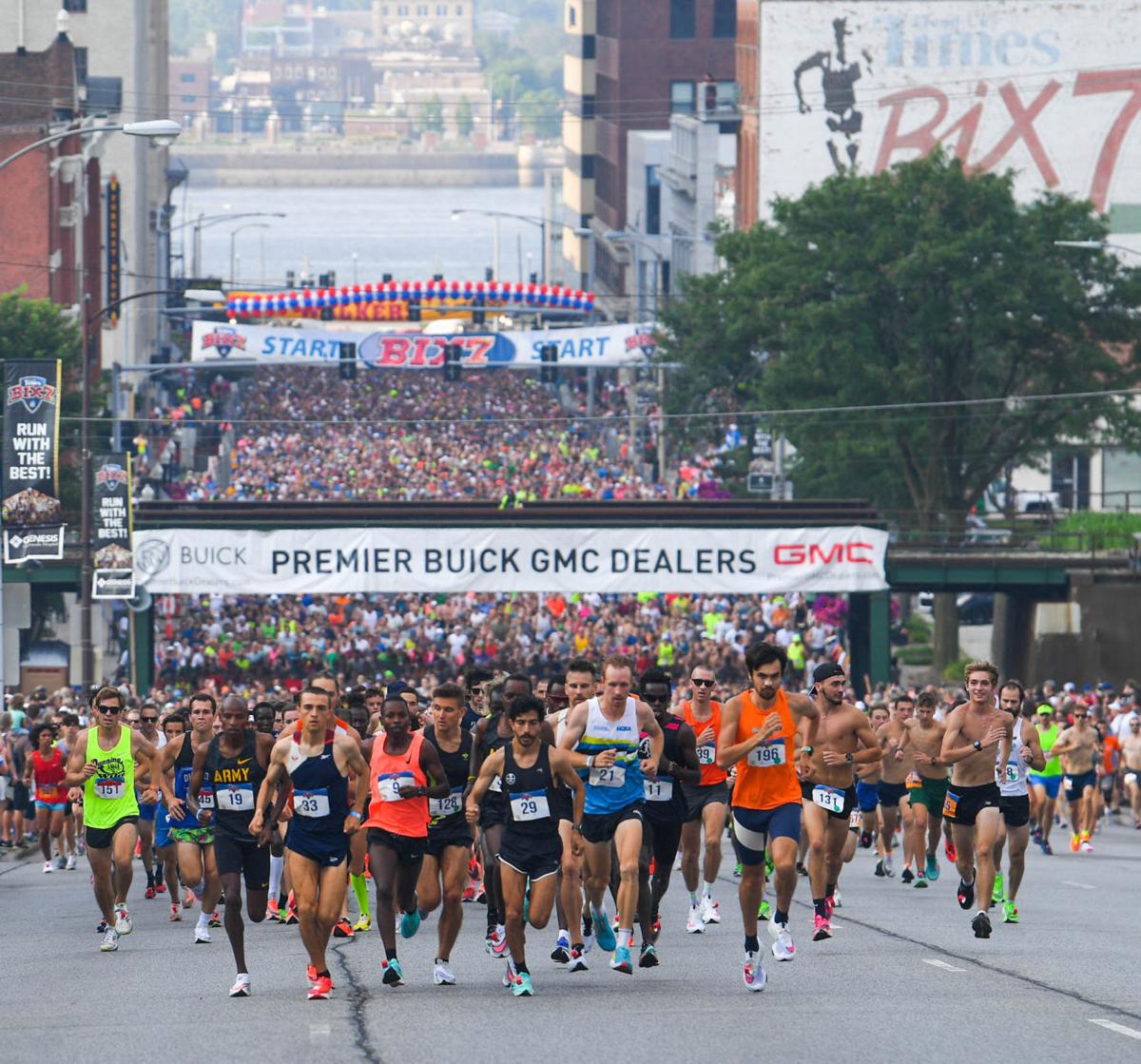 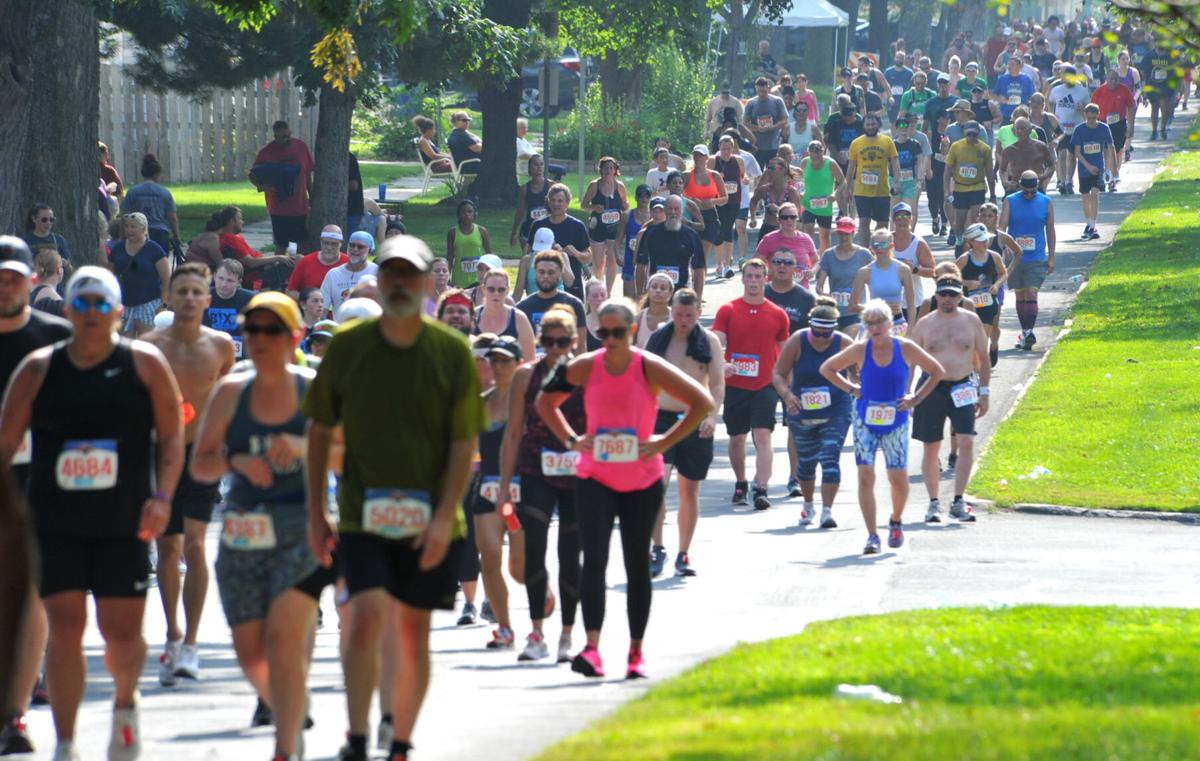 Runners on the westbound side of Kirkwood Boulevard make their return to Brady Street on Saturday during the 47th annual Quad-City Times Bix 7.

Miles away, a barber shop quartet serenaded with harmonic tones.

Good Samaritans sprinkled cooling droplets of mist and rushed to the aid of an overheated runner.

A volunteer raked a neat pile of thousands of discarded water cups out of the road.

Post-race Jello shots were downed and accompanied by dives onto a front-lawn water slide.

"Since last year's race ended, we've been planning for a very different race because our plans have changed on a monthly, weekly and daily basis," Bix 7 Race Director Michelle Juehring said.

The 53-year-old became race director in 2020 after the retirement of former longtime Race Director Ed Froehlich. She guided the race through its virtual version during the COVID-19 pandemic and was in the midst of preparing for her first full-blown Bix as its director.

Through all the changes COVID-19 forced in 2020, planning for the 2021 race was not without lingering pandemic-induced difficulties.

"We didn't know if the race would be open to all contestants until, basically, the last week in June, first week of July," Juehring said. "I am very grateful to have a whole race, but the road to getting here has forced us to be flexible and change."

Shade become prime real estate along the race course for bystanders. The temperature at race time was 78 degrees, tied for the third-hottest in Bix history, with 82% humidity and a 9-mph wind.

Though the start-time temperature was reasonable, the mercury shot up quickly and so did the action inside the medical tent. By 9 a.m., the temperature had climbed above 80 degrees. By 10:30 a.m., the mercury reached 85 degrees, at which time 36 people had been treated in the medical just past the finish line, one of whom was transported to the hospital. Another 10 runners were taken from the course to the hospital. Craig Cooper, spokesman for Genesis, said Saturday evening that one person had been admitted to the hospital but all others taken to Genesis had been treated and released.

Beat the Elite runner Doug Boleyn, 53, was the first patient escorted into the medical tent. Innovation officer at Genesis Health System, Boleyn was treated by colleagues from Genesis, which staffs the medical tent with dozens of volunteer doctors, nurses, aids and others. He was treated and released.

“To win it three times, I’m so grateful,” said Korir, who credited his experience and training for his third top finish at the Bix 7.

As runners slogged through the heat and crowds on Kirkwood Boulevard, a gray tarp, continuously sprayed with a hose, offered brief refreshment for those brave enough to jump on.

Watching over the scene, resting on a lawn chair with Happy Birthday balloons tied to the back, was a large photo Sean Troncao's mother smiling.

She loved the Bix, Trancao said. It was one of her favorite days of the year. This year the Bix fell on her birthday weekend, so the family chose to celebrate at the Bix and bring her back to the event she loved so much.

"It just felt fitting to make sure she could join us," Trancao said.

Tom and Linda Hughes arrived on McClellan Boulevard at 6:15 a.m. Saturday to reserve their usual spot for their large family to watch the road race, and to promote organ donation through the Iowa Donor Network.

The group wore matching T-shirts featuring a photo of Tom's sister, the late Mary Ellen Smith. Smith used to run the Bix every year and was killed several years ago in a pedestrian-truck crash. Upon her death, all of her organs were donated.

Jerry Spaeth, Carl Anderson and Ken Stark stood on the side of the road enjoying a drink or two and cheering on Stark's wife, who he said has been running the Bix 7 for 22 years.