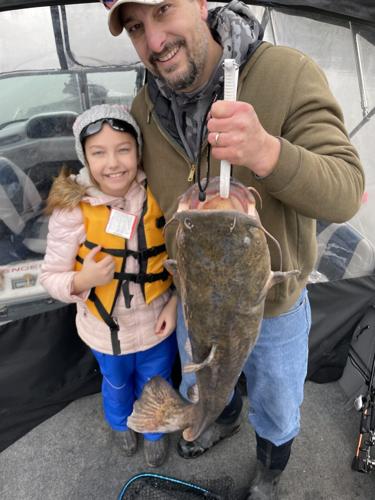 Even in the cold and snow, you can light up some children's smiles during an afternoon of fishing. 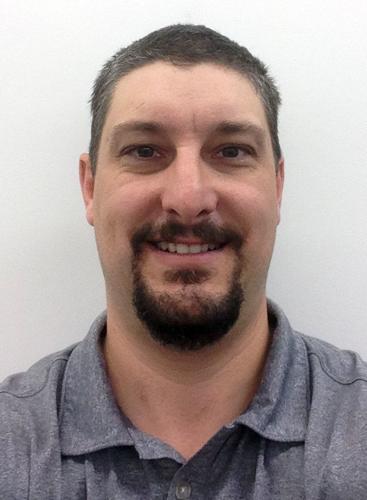 JEREMIAH HAAS COLUMN LOGOG WITH THIS

If you are a regular reader of this column, you will know that I am a big proponent of getting kids outdoors to experience and appreciate those resources that we adults spend so much time in.

I also stress that there are always opportunities out there, even when you do not expect them. I took my own advice this weekend and boy, was it ever worth it.

Saturday afternoon I got a call from a friend who spends a lot of time on the water year-round, offering to take us out fishing on Sunday. A quick look at the weather forecast showed snow in the morning and temperatures in the 20s and 30s. It is not what you would call great fishing weather with the kids, but we had been trying to put this trip together for many, many weekends, so I told the kids we were going.

Bringing a snow shovel along on a fishing trip is not something I have had to do all that often since having kids, but the trace snow turned into several inches and it slowed down everything that morning. Getting the boat launched was fairly easy since there was no ice on the river and an empty boat ramp.

My friend also brought his 8-year-old, so that meant we had two adults, an 8-, 10-, and 12-year-old out together in the cold. All the kids were in their snow clothes and life jackets, but more importantly, deer sausage, crackers, chips, water and an assortment of other food was available to keep everyone content during the trip.

As the dads kept the poles working, the kids enjoyed their time together playing and telling stories. When the fish would bite, the kids would take their turn reeling it in. As the fish breached the surface, all kids came running to see the “monsters” that were coming from the river. A few quick pictures and everybody was back to playing.

A day like this might sound like a lot of work with little lasting value for the kids, but I need to also share with you the results after the trip ended. First, we made a mad dash to the gas station for a potty break as my daughter was a trooper, waiting for 90 minutes from the time she let me know she needed to go. Using a bucket was not an option in her opinion, especially with all the boys around!

As soon as we got back in the truck, the requests for pictures to be sent to grandma, grandpa, uncles cousins, and their friend’s parents, began. These were the people that “needed” to see the pictures and video. For the kids, they had just “gone fishing on the river in a snowstorm” and the results were amazing in their eyes. A day later it was still the top topic of conversation, as they recalled the reactions of their friends who heard the stories at school. Overall, fun was had by all, and it only took a couple of hours out of our Sunday afternoon.

It is amazing how many lifetime memories can be made if you take a couple of hours out of your busy day to spend with your kids outdoors.

CLINTON — It had been two weeks since Pleasant Valley High School senior Caden McDermott went live in a wrestling tournament.

IOWA CITY – Patrick McCaffery is moving closer to a return to the court for the Iowa basketball team.

A recap of the wrestling tournaments involving Q-C metro and area teams from Saturday.

Alleman's Jerry Burkhead will be honored by the IHSBCA as their 'Man of the Year' after he and his entire staff returned to the program in 2022 to help the Pioneers field a team.

A recap of Saturday's prep basketball and bowling in Illinois:

McCaffery return will be game-time decision

His availability for Thursday's game at Michigan State will be determined at game time, but coach Fran McCaffery is confident Iowa forward Patrick McCaffery will return to action this season.

A matchup this week ended after Iowa City school officials said a game official hurled a "racially charged' insult toward a Black coach — an accusation the officiating organization denies.

United Township survived Rock Island's rally in the second half to win 60-52 at the Panther Den on Tuesday. Omarion Roberts (19 points) and Bristol Lewis (14 points) led the way.

This week's Iowa Pacesetter is Maquoketa junior Carter Meyer. The guard erupted for a career-high 32 points against Anamosa last week and averaged 27.3 points per game over a three-game stretch.

Watch now: Hawkeye F Filip Rebraca on moving on to Iowa's next game

Even in the cold and snow, you can light up some children's smiles during an afternoon of fishing.