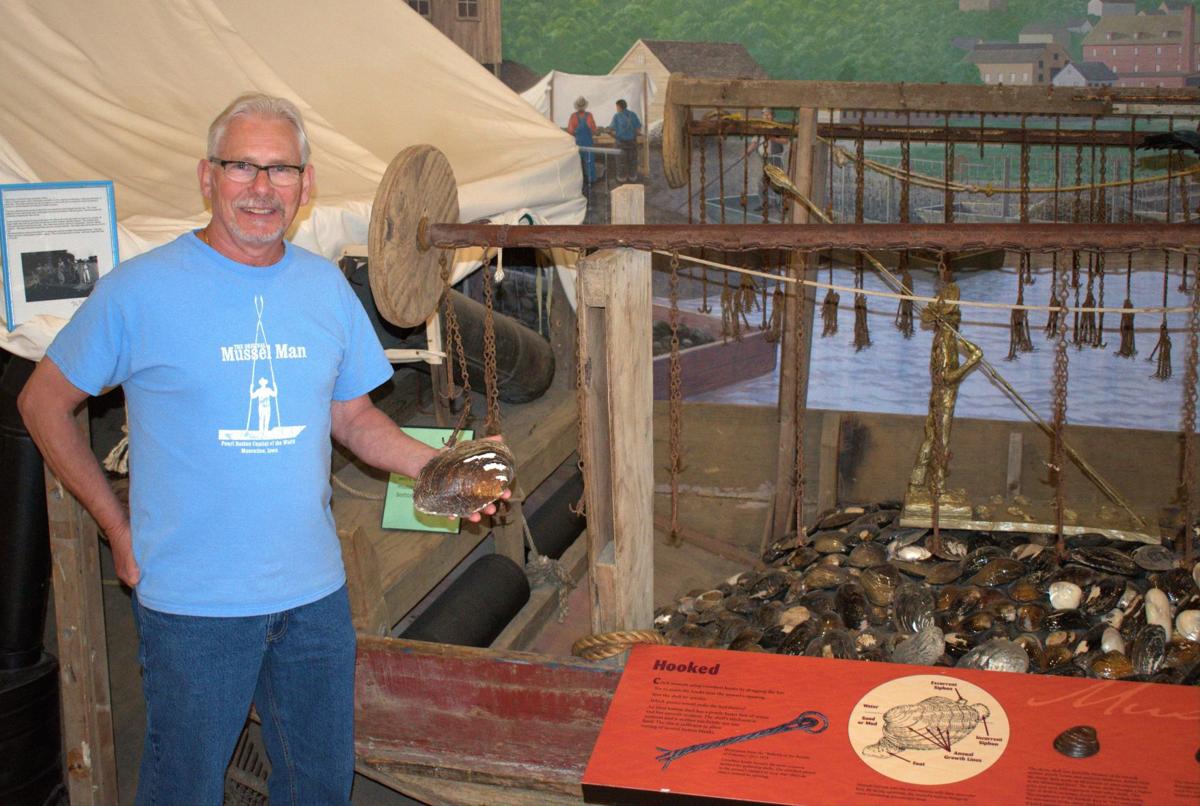 Terry Eagle, director of the Mussel Pearl Button Museum in Muscatine, is shown with just one of many thousands of historical items related to the Pearl Button industry that thrived along our river towns a century ago. 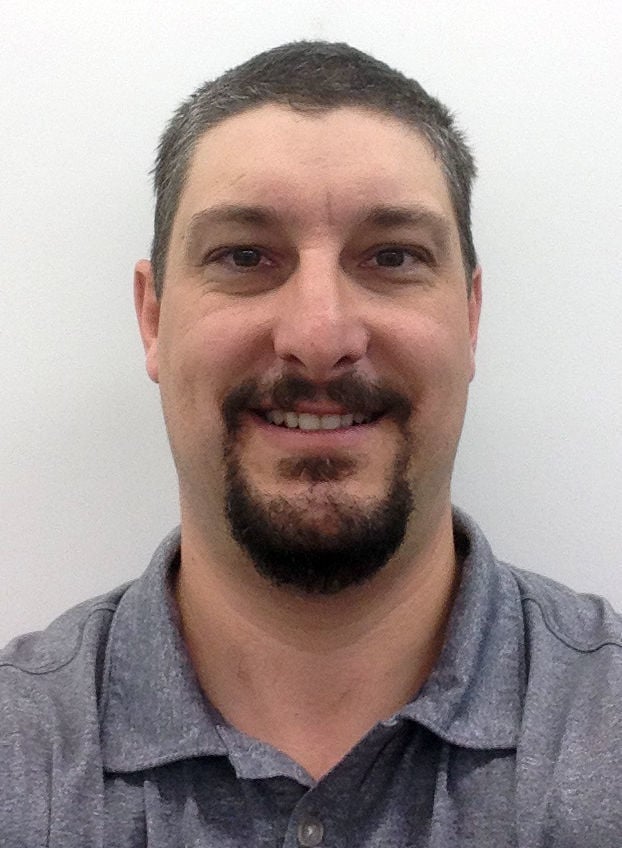 If you have ever fished or boated on the Mississippi River, at some point you probably saw a pile of old “clam shells” along the bank of some river town.

Possibly you have pollywogged along the shore and found a live mussel down in the sand. Believe it or not, a century ago the Mississippi River was known more for those mussels than the fish or other wildlife along it.

“Mississippi River mussels were the gold rush of the Midwest,” said Terry Eagle, director of the National Pearl Button Museum at the History & Industry Center, located in Muscatine. The museum is one of many Interpretive Centers on the Great River Road Network.

“One-third of all the world’s pearl buttons came from the Midwest, with Muscatine being the epicenter,” he continued.

Across Europe and the United States, the pearl buttons were a sign of wealth and status in the late 1890s through the 1920s. They were so important to the Midwest that the US Fish and Wildlife Service opened a mussel research and propagation hatchery at Fairport in 1908. That facility would not become a fish hatchery until 1929. Many of the nation’s most important scientists around the turn of the century traveled through or worked at this research facility.

Musseling was an activity that anyone could do, provided you were willing to work hard and endure the conditions out on the river. Freshwater mussels would be harvested by the thousands of tons, sent to factories that would drill out “blanks” from the shell. From there, the blanks were fashioned into buttons or other useful tools or jewelry.

The mechanization of these industries allowed masses of mussels to be processed, and many of those machines can still be seen at the museum. To give an example of how many shells were being shipped to Muscatine from across the Midwest, Paducah, Ky., had a railroad spur installed in the river so train cars could be backed down into the water, allowing the barges to dump the harvested shells directly into the cars.

Then in the 1950s, plastic buttons became widely available. The buttons were cheaper, more durable in the modern washing machine, and ultimately reduced the demand for pearl buttons. The last button was drilled out in the late 1960s, however, it was drilled out of ocean shell, not our native species.

“The story has changed now with the knowledge that mussels are a big component of water quality in our rivers," said Eagle. "An adult mussel can filter 10-15 gallons of water per day. When you think of the thousands of tons of mussels that were once there, the mussels can be a part of helping clean our rivers again.”

In the past 10 years, the repopulation of freshwater mussels has become a priority to many organizations, with a lot of research being conducted across the nation. There are multiple programs currently going on in the greater Quad-Cities area, too. Hopefully this will aid in the long-term goal of cleaner rivers for all to enjoy.

If you are interested in seeing these extensive artifacts, machines, fishing lures and, of course, buttons, all created from our native mussels, then head to 117 W. 2nd St. in Muscatine, or go to www.muscatinehistory.com. Admission is free and the doors are open under the current COVID-19 protocols. If you are fortunate to get a tour from Terry, you will get a first-class history lesson on an industry whose relics can still be found.

Watch now: Hawkeye F Filip Rebraca on the ankle situation he is dealing with as Iowa prepares for Penn St

Watch now: Hawkeye F Filip Rebraca on the ankle situation he is dealing with as Iowa prepares for Penn St

Brands wants Eierman to 'figure it out'

As the University of Iowa wrestling team moves deeper into its Big Ten Conference schedule, something is amiss, and coach Tom Brands is determ…

Jim Polzin: Big Ten fails to protect its integrity when given chance to police sportsmanship

Iowa’s Jordan Bohannon called out Wisconsin’s Brad Davison and Big Ten officials on Twitter. The conference offered no public response. Why that’s a failure for the conference.

Kneeling at the edge of the mat and headphones draped around her neck, Ella Schmit hollers words of encouragement and instruction at her teammates.

Iowa Pacesetter: North freshman Houston is wise beyond her years

Davenport North's Journey Houston is this week's Iowa Pacesetter. The freshman, who leads the MAC in scoring, already has three offers from power 5 programs.

ELDRIDGE — Luke Elgin does not possess the best record or even the best technique on North Scott High School’s wrestling team.

Dolphin heats up as No. 2 Spartans stave off Sabers

Ryan Dolphin had a team-high 21 points as Pleasant Valley remained unbeaten on the season with a 47-35 win over Central DeWitt.

Adversity comes in many forms and Tuesday, the Davenport North boys basketball team dealt with it all.

Terry Eagle, director of the Mussel Pearl Button Museum in Muscatine, is shown with just one of many thousands of historical items related to the Pearl Button industry that thrived along our river towns a century ago.