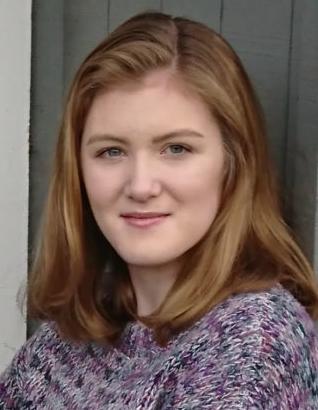 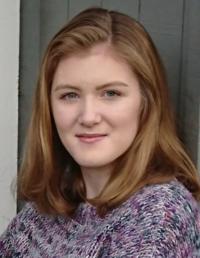 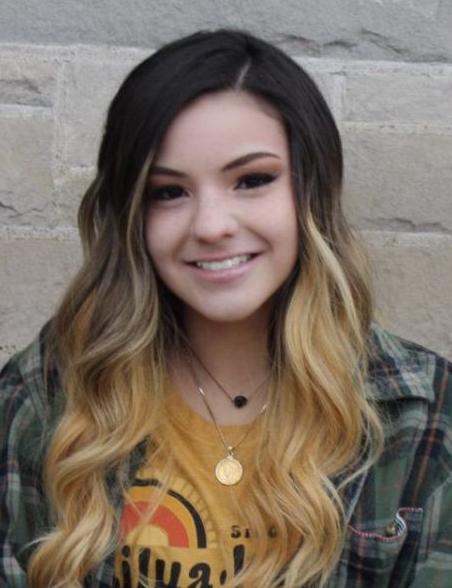 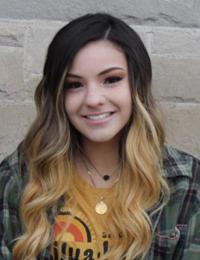 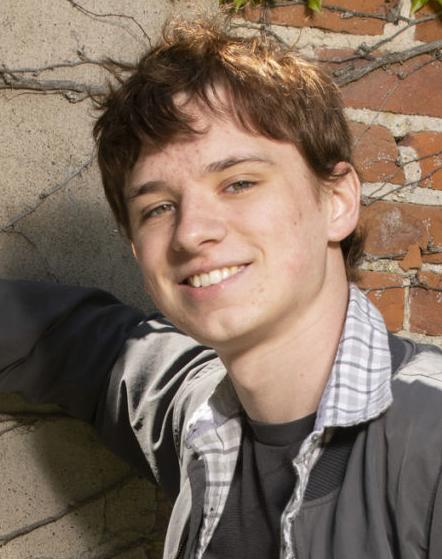 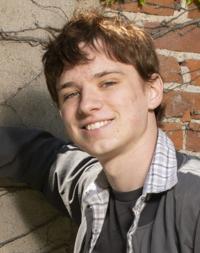 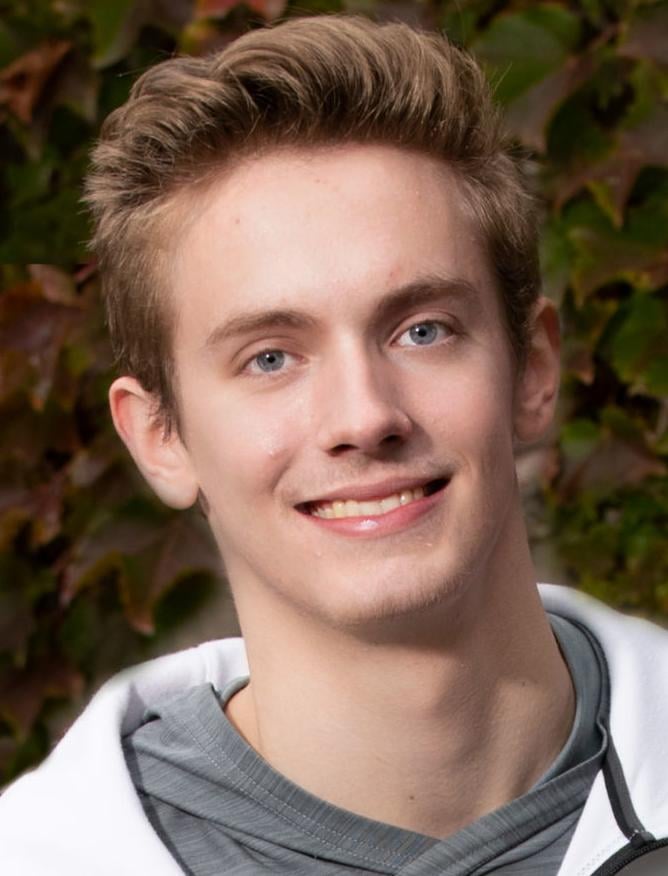 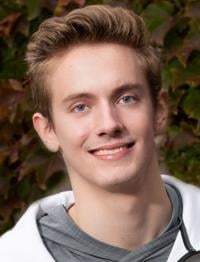 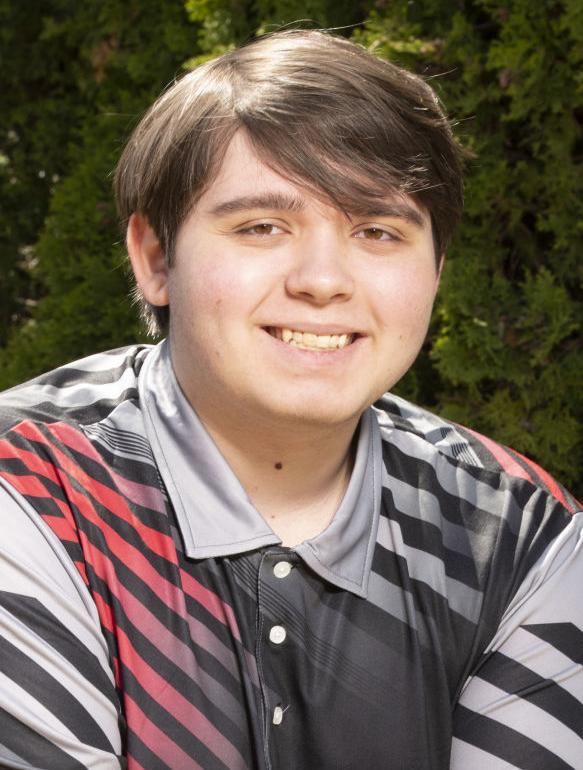 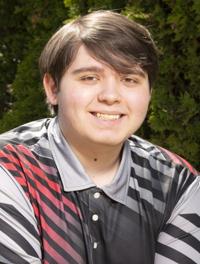 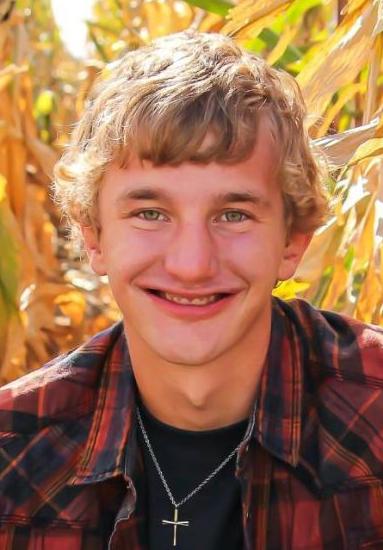 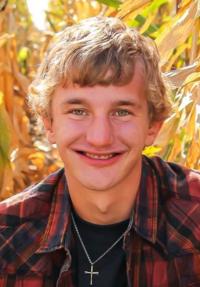 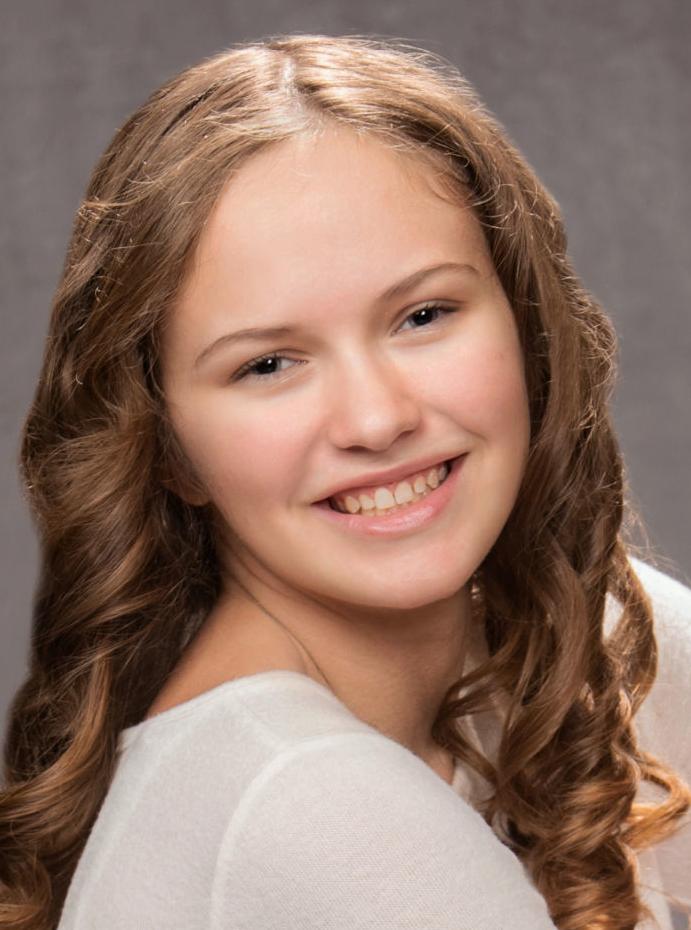 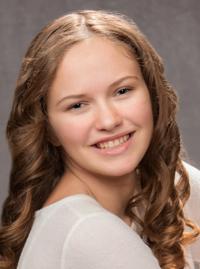 Katie Gorden, child of Anne and William Gorden, plans to major in Ecological Management and Restoration at the University of California Davis, Davis, Calif.

What’s something you learned that you will take with you after high school? When I was in Kindergarten, I had an amazing principal. There was no doubt that he loved his job. At Halloween, he dressed in costume and converted the second story of the school into a haunted house; for the Christmas assembly, he dressed as Santa; and, for Mardi Gras, he made pancakes for everyone. However, what I remember most of all was when he brought his guitar to our classroom to sing with us. His visits were always a pleasant surprise. We would gather around him on the floor and he would play the guitar and teach us amusing songs. I have no doubt that my love of music began here.

Evan Tiesman, child of Kori Dietrick and Mitchell Tiesman, plans to major in Cinema at the University of Iowa, Iowa City, Iowa

What’s something you learned that you will take with you after high school? My most important educational experience was taking Literature in Film my senior year. Before that, I never really saw movies as art. I knew, objectively, that they were, but my film experience was limited to watching poorly dubbed 70’s and 80’s Kung-Fu movies with my dad and the occasional blockbuster action flick with my friends in the theaters. Movies were art, sure, but at the time, to me, they were on a different level than things like books or theater or paintings. I took Literature in Film because I thought it would be fun to watch movies and write about them. I didn’t think it would seriously change the way I look at the medium as a whole. Ever since I finished that single-semester class, I haven’t been able to look at movies the same way. Everything from Citizen Kane to whatever Marvel movie is in theaters this week is a complex series of logistical choices and artistic decisions that had to be made to get it on screen. Even movies that are “bad” are worth watching for me now because it’s fascinating to see what a director has done and try to figure out why. The class pretty much single-handedly made me want to go into film, and it’s the reason I’ll be studying Cinema in the Fall.

Nathan Moeller, child of David and Karen Moeller, plans to major in Mathematics or Computer Science at Saint Ambrose University.

Top 3 achievements: Member of the National Honor Society, scored a 28 on the ACT, and State qualifying team for basketball.

What’s something you learned that you will take with you after high school? One experience that I will never forget took place in my junior year of high school. In my American history class, we all were assigned different decades for our final projects of the year. I was assigned two decades, which was the period of 1900-1920. These projects had to last all class, and our teacher left us to ourselves to teach our classmates. I saw this as an opportunity to show my creativity, including games, music examples, and popular trivia into my project. This project allowed me to realize what I am capable of doing by my self and showed that our teacher believed in all of us. I often look back on this experience when I am struggling with big essays or assignments because it helps me believe in myself.

What’s something you learned that you will take with you after high school? A classroom experience I will remember forever is Minute Math. Back in second grade, there was a thing my class did called Minute Math, where you would have to solve about thirty math problems in a minute. The problems were not very hard, especially compared to the problems I do in math class today, but having to do them in under a minute proved to be a very fun challenge. It started simply at addition problems, and after successfully completing three of the Minute Maths, you would go to the next tier. I quickly rose through the various tiers of difficulty, to the point where it was around fifty problems instead of thirty and they were multiplication and division problems. Solving all of these problems in this short timespan gave me a rush and helped to cement a love of mathematics, which is why I will remember Minute Math forever.

Top 3 achievements: High Honor Roll through all of high school, Being inducted into National Honor Society, and making it to the State Basketball tournament

What’s something you learned that you will take with you after high school? The classroom learning experience that I will always remember is when we tested the air all around the school to detect how much Carbon Dioxide was in the air in environment class. We had made a solute that when exposed to CO2 would turn to a different shade depending on how much it was exposed too. I’ll never forget it because it was interesting to do an experiment related to our lives personally.

What’s something you learned that you will take with you after high school? I believe that every memory that I have gained at the Prince of Peace will stay with me forever. There isn’t a particular moment that is any more important than another moment. I think the most important thing I will remember is the connections I have made with my fellow classmates. Each of us is different but when we’re together we’re a family. I believe that this connection is more important than any classroom experience.

Welcome to the discussion.

Keep it Clean. Please avoid obscene, vulgar, lewd, racist or sexually-oriented language.
PLEASE TURN OFF YOUR CAPS LOCK.
Don't Threaten. Threats of harming another person will not be tolerated.
Be Truthful. Don't knowingly lie about anyone or anything.
Be Nice. No racism, sexism or any sort of -ism that is degrading to another person.
Be Proactive. Use the 'Report' link on each comment to let us know of abusive posts.
Share with Us. We'd love to hear eyewitness accounts, the history behind an article.

Join the Hand in Hand Family!

See the latest on our community. Get email updates:

All content on this page is user-submitted or provided by the schools with which we have partnered. While the information is moderated for site data entry guidelines, we cannot be held responsible for factual errors, misspellings, or student profile information as such. If you see an error that needs correcting, please contact us.
© Copyright 2020 The Quad City Times, 500 E 3rd St. Davenport, IA | Terms of Use | Privacy Policy
Powered by BLOX Content Management System from TownNews.com.