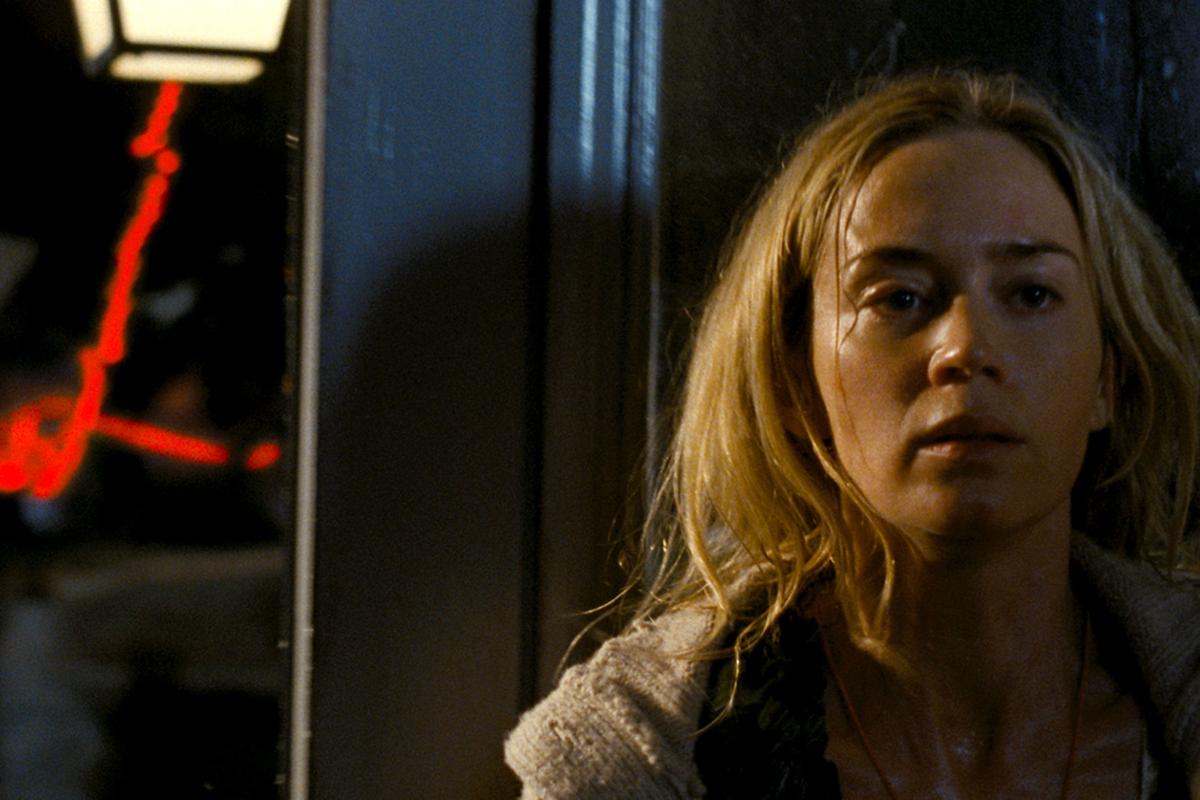 Emily Blunt in "A Quiet Place," from Paramount Pictures.

"A Quiet Place," written by Bettendorf High School graduates Bryan Woods, left, and Scott Beck, will be released in April. 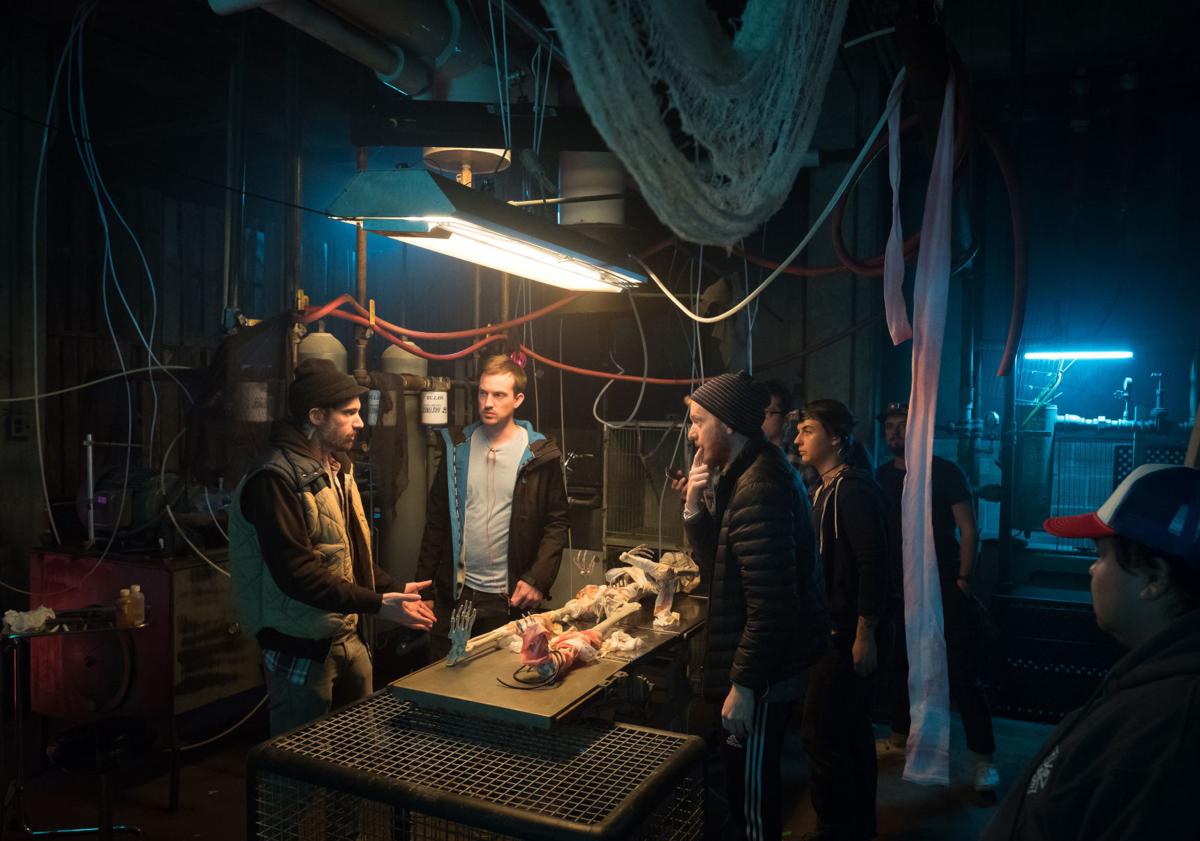 Bryan Woods and Scott Beck on the set of "Haunt," a movie they wrote that will be produced by Eli Roth. 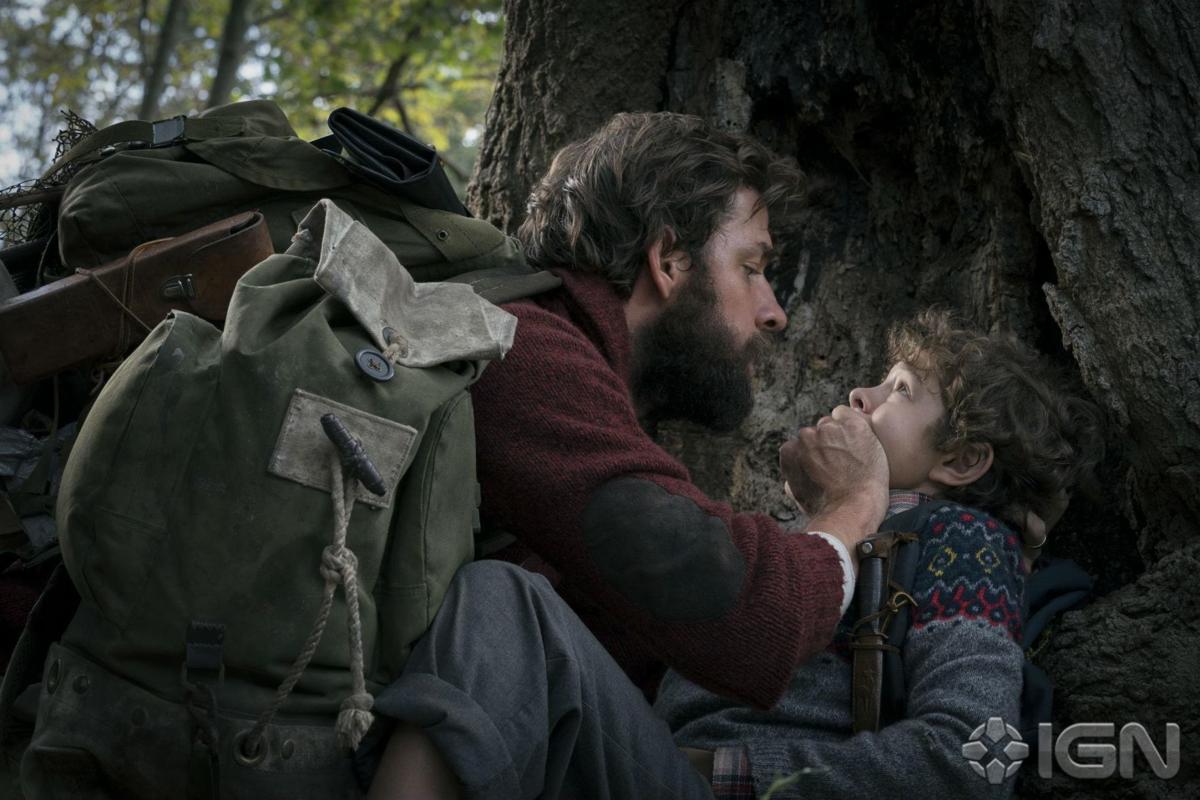 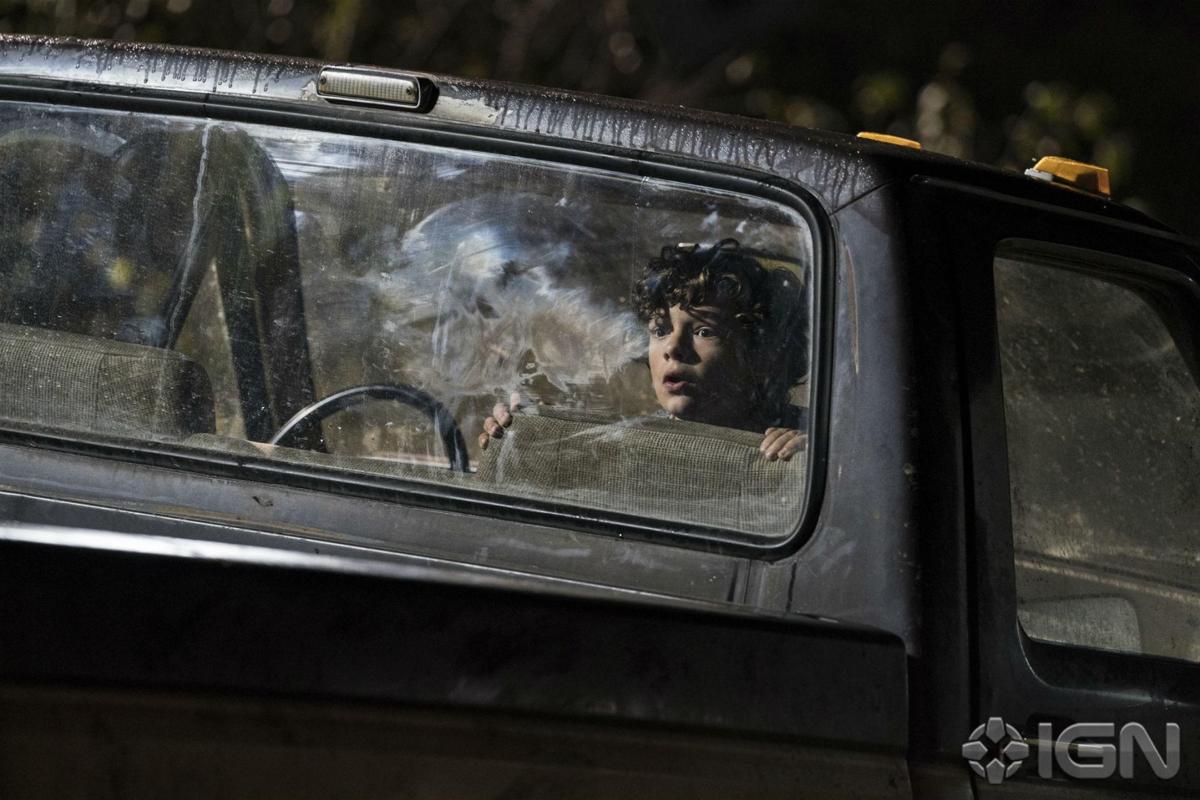 "A Quiet Place," written by Scott Beck and Bryan Woods, will be released nation-wide in April. 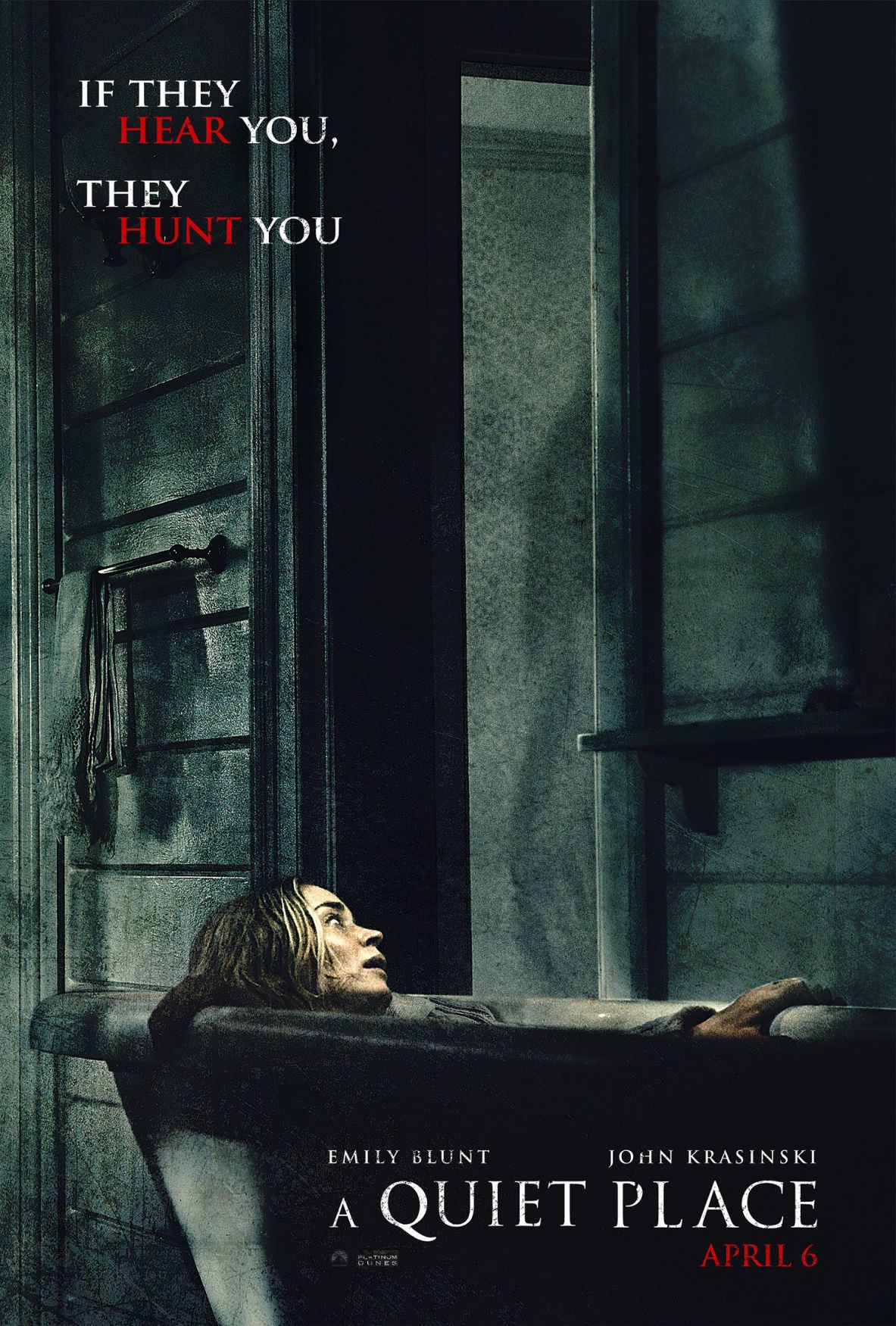 Bryan Wood and Scott Beck wrote the screenplay for "A Quiet Place," which will be released nation-wide in April.

The lives of two Bettendorf High School filmmakers have been anything but quiet for the past year — and the buzz is getting louder for their new movie “A Quiet Place.”

Scott Beck and Bryan Woods, of Los Angeles, graduated from Bettendorf High School in 2003, and from the University of Iowa, with degrees in communication studies, in 2007. They hope they can make it home to watch the movie when it opens in theaters April 6 (they’ll see it beforehand at its New York premiere). It will be shown opening night March 9 at SXSW.

The trailer, which is being shown widely on television and in theaters, was shown during the Super Bowl.

Paramount Pictures bought the script, written by Beck and Woods. The film stars John Krasinski, who also directs. He is recognized for his starring role in television’s “The Office.” His co-star is Emily Blunt, “The Girl on the Train.” The two are married in real life, and play a married couple onscreen. Michael Bay, known for blockbusters such as “Transformers,” is one of the producers.

Beck said he and Woods worked on many projects that didn’t get a green light for a long time. But “A Quiet Place” had “a release date and a green light two months after it sold.”

The script came from an idea the two had when they were growing up in Iowa.

“The key to the movie is silence,” he said. “That really stemmed from our days in college at the University of Iowa.” They studied silent movies and considered how filmmakers told their stories with visuals, and wondered about making a movie with a silent film aesthetic in a modern-day setting.

At first, they wrote the script as a proof of concept. “We did a 15-page script to see if we could do it,” Woods said. “We were so infatuated with the idea we couldn’t help ourselves.”

The movie has minimal dialogue, he said. “We really consider it to be a silent film,” Woods said.

The movie, which can be considered a thriller or horror film, “is anchored in family dynamics,” Beck said. “It’s not just about scaring an audience.”

The Internet Movie Database (www.imdb.com) describes it: “A family lives an isolated existence in utter silence, for fear of an unknown threat that follows and attacks at any sound.”

In regard to their early influences, they give credit to Rodger Wilming, their Bettendorf High School instructor who showed films in class, Beck said.

"Bryan Woods and Scott Beck were the same two young men in high school as they are today: highly talented, completely determined and bound for ever bigger things," said Wilming, a language arts teacher at Bettendorf High School. "I have never doubted nor been surprised by their success. Quite frankly, they have inspired me as I have watched them succeed time and time again.

"I am certain that the best is yet to come for and from these two filmmakers," Wilming said.

The movie was shot in New York, with a farm landscape as its environment.

Both return two or three times yearly to the Quad-Cities to visit friends and family, including their parents Dennis Woods, of Bettendorf and Lynn Reading-Woods, Davenport; and Ken and Linda Beck, of Bettendorf.

Their next movie, “Haunt,” which they wrote and directed, is a horror movie in the post-production phase that www.imdb.com describes: “On Halloween, a group of friends encounter an 'extreme' haunted house that promises to feed on their darkest fears. The night turns deadly as they come to the horrifying realization that some nightmares are real.”

“Haunt” is being produced by Eli Roth, who directed “Hostel” and the upcoming “Death Wish.”

Roth, Beck said, “always wanted to find a script like this.” Roth helped make the characters more three-dimensional, he said.

Bettendorf natives to host Q-C screening of their movie, "A Quiet Place"

What the critics are saying about 'A Quiet Place' and more

Bettendorf-born filmmakers Bryan Woods and Scott Beck are the toast of the town after the release “A Quiet Place.” Check out what they are say…

The hit horror film “A Quiet Place,” which was written by Bettendorf High School graduates Bryan Woods and Scott Beck and John Krasinski, the …

Emily Blunt in "A Quiet Place," from Paramount Pictures.

"A Quiet Place," written by Bettendorf High School graduates Bryan Woods, left, and Scott Beck, will be released in April.

Bryan Woods and Scott Beck on the set of "Haunt," a movie they wrote that will be produced by Eli Roth.

"A Quiet Place," written by Scott Beck and Bryan Woods, will be released nation-wide in April.

Bryan Wood and Scott Beck wrote the screenplay for "A Quiet Place," which will be released nation-wide in April.